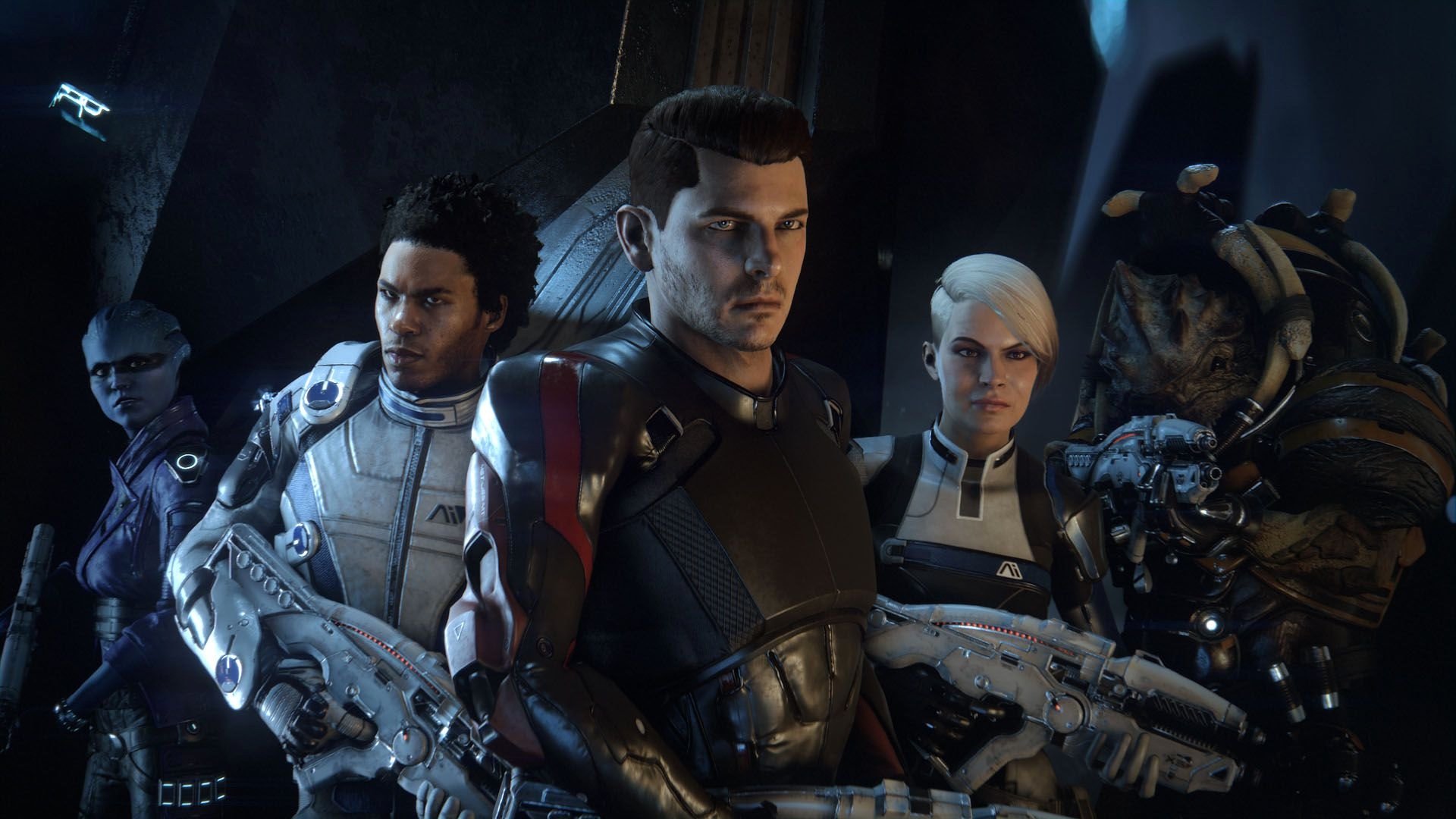 Welcome to 2018! New years are a time for new approaches, and just because most of our brain is devoted to playing video games doesn't mean we don't have habits that we could do with shifting. Here's five ways we're aiming to become better people this year. We'll revisit them again on January 1st 2019 to see how well we did...

Let's start with a boring one, but probably the most important. Not all games are about skill, but some really do require practice, and we know from years of experience playing and mastering things like Dark Souls and League of Legends that genuine proficiency at strange video game rituals can be hugely rewarding. So why don't we apply this thinking to more games? We must own 20 different fighting games, but we've never graduated beyond talented novice. What's stopping us learning the intricacies of Street Fighter V besides time and patience? Wouldn't it be fun to walk up to that arcade machine at the airport on the way home from E3 this year and put on a virtuoso display, rather than telegraphing the traditional jump, kick, fireball, dragon punch a couple of times before getting spammed in a corner? In 2018, we want to master some new gaming skills.

2) Catch up on the classics

Everyone has a few games in their collection that they never got the chance to play at the time, or that they bought in a sale and tucked away for a rainy day. Well: let it rain. For us, this will be the year we finish Final Fantasy VI, a wonderful 16-bit RPG that we started playing last summer and then gave up on following a save-game deletion incident. We will return to it and see things through. What about you?

3) Give up on games faster

This might sound like a strange one, but hear us out. Much as we love games, sometimes it's obvious that they're not for us, and yet more often than not we'll keep grinding away until they're completed out of some misplaced devotion to getting value for money. Not any longer. We started doing this last year with Mass Effect Andromeda. It was clear after a few hours that it wasn't a patch on its predecessors, and with the introduction of every dreary character and tired extra mechanic we grew less patient. In the end we yanked the disc and traded the game in while it was still pretty valuable. This will be our policy in 2018. Life is too short and there is too much good stuff to play. We'll give you a few hours, but don't expect us to hang around for the credits just because we're out 50 bucks.

We're sure this one will enrage a few die-hards who think that in order to write about video games you need to be some sort of god-tier polymath who knows every Super Cancel in fighting game history and finished Ninja Gaiden on their first sitting. But for us this one follows a similar logic to our last point: most games these days are about far more than the brutal challenge of survival, so unless you're playing something where difficulty is a core part of the holistic vision of the things, like Dark Souls or Cuphead, why hurt yourself? You're probably playing a game at the end of a long day, and you deserve to relax, so if the game is more about story or exploring than combat, give yourself a break. We can vouch for this already, having thoroughly enjoyed Uncharted: The Lost Legacy on Explorer difficulty - firefights were a doddle, but we still had a lot of fun.

Finally, and probably most importantly, we're going to stop buying loot boxes. It's an unhealthy and expensive habit that encourages game publishers to prioritize the wrong things. We're not just talking about the silliness of Star Wars Battlefront II, which was hopefully something of a watershed moment; we also mean things like gold packs in FIFA Ultimate Team, prize crates in Forza 7, and blind packs in Hearthstone. Whether or not you think this stuff constitutes gambling is kind of semantics at this point, and that very fact feels like a distortion of what games are best at being about. We've heard all the arguments about the expense of development and how we need new business models, and we sympathize, but this shouldn't be it. So no more loot boxes - if your game doesn't work without them, we're sorry to say we'll go play something else.