How to redeem pre-order bonuses in Destiny 2: Shadowkeep

We'll help you track down your pre-order bonuses once you're able to get into the Shadowkeep expansion of Destiny 2. 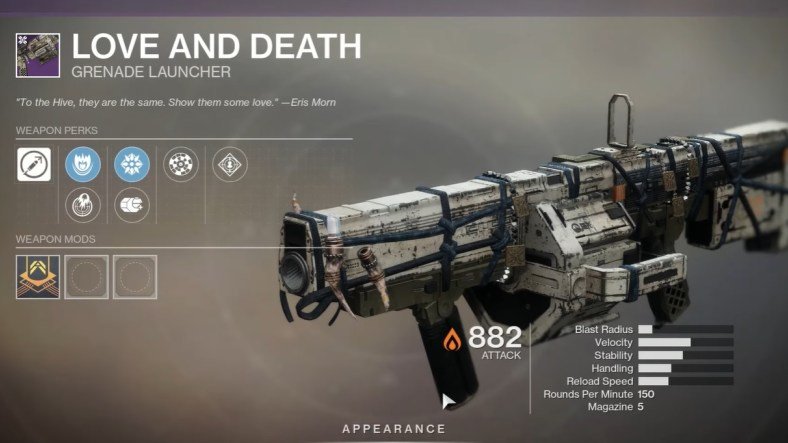 Where to find Withered Plumes in Destiny 2 Shadowkeep for the Essence of Obscurity.

In Destiny 2 the Bound Manacle is an important quest item for cleansing the Essence of Insanity. In order to know where to find the Bound Manacle in Destiny 2, you need only progress far enough through the story of the latest expansion Shadowkeep to fight a Nightmare boss in the Hellmouth on the Moon.

Once you find the Bound Manacle drop and complete the Essence of Insanity quest, including getting 100 grenade launcher kills, you'll be rewarded with the Love And Death grenade launcher, not a bad bit of kit! Most cleansing Essence quests in Shadowkeep's campaign have required only a standard enemy drop, such as killing a number of basic or elite enemies. But the Bound Manacle can only be dropped from one particular enemy during Nightmare Hunts which trigger once you have finished the Shadowkeep campaign. Here's how to get the Bound Manacle in Destiny 2.

Once you have completed the Shadowkeep campaign and unlocked the Nightmare Hunts, head to the North-East side of the Hellmouth area of the Moon. A corridor will lead you further away from the circular path around the mouth itself, follow the tunnel around to the left until you reach an area called The Gatehouse. Inside you'll encounter some Hive grunts, a couple Acolytes and a Knight, until one of the three Nightmares you are hunting arrives: Ehrathur External Blade.

Killing the Nightmare Ehrathur External Blade will drop you the Bound Manacle, allowing you to finish the Essence of Insanity quest (as long as you've already got those 100 grenade launcher kills).

Now that you've found Destiny 2's Bound Manacle you can claim your prize, the Love and Death grenade launcher. May you live happily ever after. If you need any more help with Shadowkeep, check out a few of our other guides.