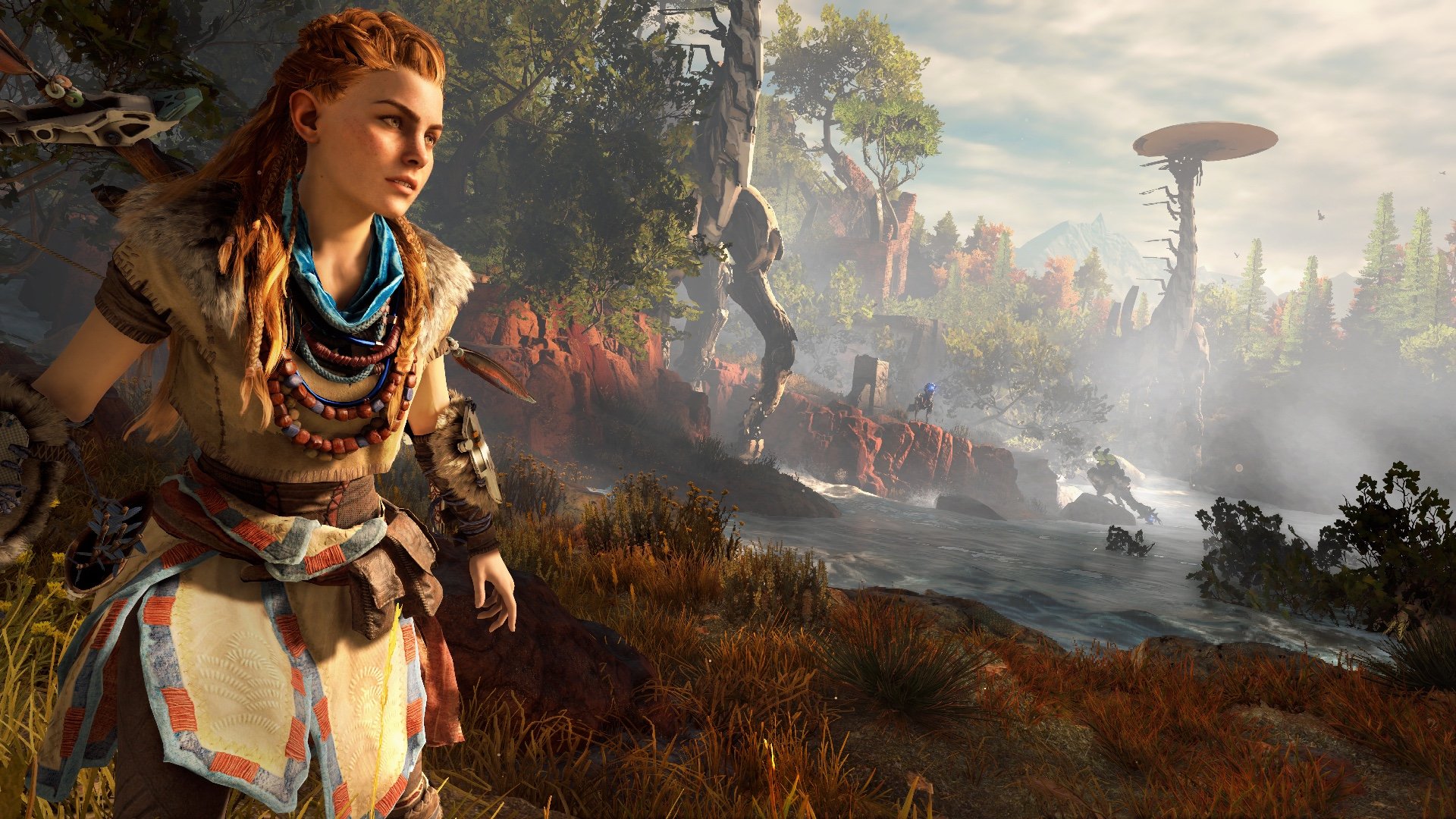 The best game characters of 2017

We've always enjoyed Guerrilla Games' Killzone titles, but we'd struggle to tell you much about what happened in them besides the shooty bits, so it was a surprise earlier this year to discover the developer had refined its storytelling chops quite considerably since Killzone Shadow Fall. Like Guerrilla's previous games, Horizon Zero Dawn blows you away with its incredible visuals, but by the end of the adventure it's Aloy who is most memorable, and her creators do a particularly good job of aligning her motivations with yours, as she rebels against religious dogma to explore the world in exactly the way you want to as well.

Wry critics of video games could probably get plenty of mileage out of 2B's popularity. After all, what better way to condemn this new medium than by noting that one of our best and most rounded creations is an emotionless android. But of course anyone who has played Nier: Automata knows that YoRHa No. 2 Model B is more than that, and the way she leads the line in creator Yoko Taro's lavish and thematically complex adventure ties everything together effortlessly.

Do we need to explain this one? Just watch this.

We know Failsafe wasn't everyone's cup of tea, and actually encountered quite a bit of resistance from our colleagues over this choice (they prefer Asher), but judging by the amount of time we spent on Nessus compared to the other planets, we quickly developed a soft spot for Destiny 2's off-the-rails computer core and her, uh, split personality. The dialogue isn't always amazing, but the juxtaposition of the eye-rolling apathetic voice and the manic, upbeat version always brings a smile to our faces. I am very lonely!

Uncharted: The Lost Legacy was one of those games that could easily fall through the cracks in the average gamer's year, but anyone who made time for it will have discovered that Claudia Black's Chloe Frazer did a fine job of stepping up to lead the line in Nathan Drake's absence. After softening her character slightly with a cute intro where she trades banter with a street urchin, Frazer's sardonic wit takes over and carries the game on its back through another gorgeous and compelling adventure. A bit shout out to Laura Bailey's Nadine Ross, too, an unlikely foil for Frazer who feels perfect by the close.

Prince Sidon (The Legend of Zelda: Breath of the Wild)

We pretty much wrote this feature just to mention Sidon. Anyone who was playing The Legend of Zelda: Breath of the Wild back in March when it was fresh out of the oven will know just how much the internet lost its mind for this aquatic dynamo and his bicep-curling teeth-glinting style. The story was arguably one of the weaker elements of this otherwise superlative game, feeling a little anemic in places, but Sidon was a big exception, and if his Divine Beast was your first, then you had the best possible introduction to this part of the game. If Sidon doesn't make it into the next Smash Bros, we will eat our pointy green hat, and then go on a fishy rampage.