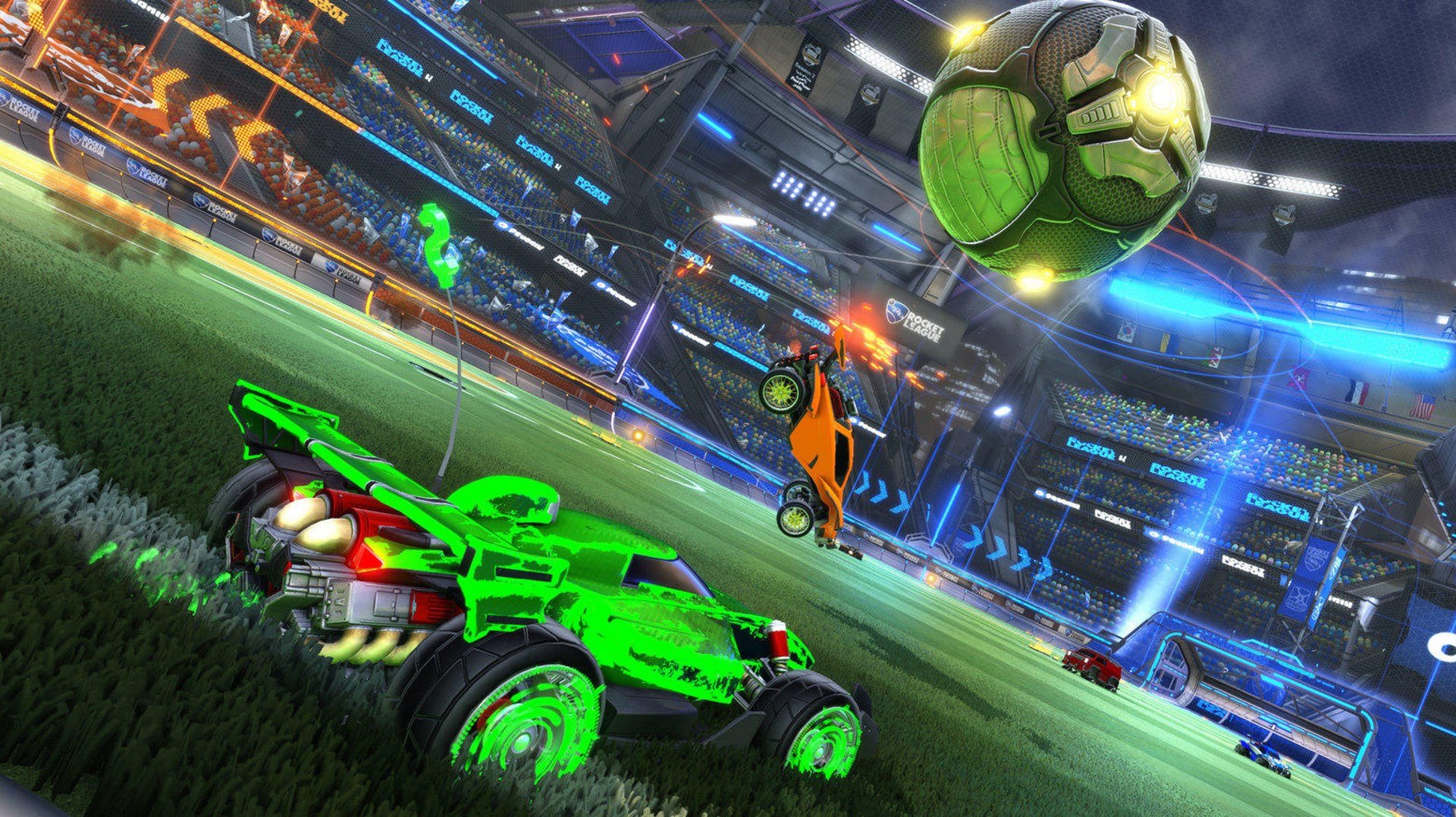 The best esports plays of 2017

Although we don’t cover it often, here are AllGamers we’ve got esports in our blood, and practically jump at any chance we get to cover the best of the best. From Super Smash Bros. to Rocket League, read on to discover our picks for the best esports plays of the year.

Smash 4 has been growing as an esport for some time, and the level of play continues to improve. This year we go to watch an absolute stormer of a showdown between the young MKLeo and Smash 4 legend Zero, who went head to head in both the Winners Semis and the Grand Final. The matchup was a particularly special moment, as MKLeo returned to his old main Meta Knight, a character many had thought nerfed too hard to compete. Their semi-final blew that misconception straight out the door, with MKLeo dominating Zero in the first game, before ruthlessly taking a clean 3-0. It’s rare to see Zero so utterly outclassed, and MKLeo pulled it off in the most spectacular style.

We’ve chosen Leo’s dominating semi-final as the highlight, but it’s well worth checking out both sets of the grand final, where the players face off in two nail-biting, five-game sets (watch them here and here). We won’t spoil who takes the crown, but this is one series Smash fans won’t want to miss.

Rocket League is one of the easiest games to appreciate just how much better the pros are than you. Watching a fighting game, unless you understand the title well it can be difficult to appreciate the real talent on show. With rocket league however, we can just take one look at a clip like this one and know we will never, ever pull off something that good.

At 2-1 down, Cloud9 have just one minute left to equalize in the fourth game of their series versus Method. Squishy seizes his opportunity, taking matters into his own hands by knocking the ball high up off the wall. He then proceeds to drive up and onto the roof, boosts down until he’s under the ball before front flipping back upwards to shoot. This is all before the ball even touches the ground. This isn’t all just for show either, Squishy is essentially setting himself up with the assist, and the final touch changes the ball’s trajectory at the last second, completely throwing off Method’s goalie. We’ve watched this clip at least 20 times and it’s still unbelievably good.

The fifth entry in the champion of the fighting game genre has had a bit of a bumpy road in terms of popularity, but the game has still hosted some seriously exciting tournaments. The Capcom Cup was a special delight, as we got to watch MenaRD’s Birdie bulldoze a path through the upper ranks of players, much to the disbelief of tier list stalwarts across the globe. MenaRD’s success wasn’t just impressive for his use of Birdie, but also because he went toe-to-toe with the best Street Fighter has to offer. His grand final opponent, Japan’s Tokido, is one of the most experienced faces on the scene, and EVO champion at that. Despite this and a matchup widely placed in Akuma’s favor, Mena was still able to take the fight through two gruelling sets to claim the crown.

If you needed a reminder of just how fast Super Smash Bros. Melee can be, this is it. Fox vs Falco is one of the game’s fastest, most exciting matchups to watch, and one that we rarely get to see in the current meta. Cloud9’s Mango and Team SoloMid’s Leffen are two of the game’s best, and Mango in particular has a long history of strong performances at Genesis. Taking place in the losers bracket, a loss here meant elimination from the tournament, setting the stakes high for both.

What we love about this clip goes beyond the insanely technical level of play both players demonstrate. This match has everything that adore about fighting games from the unreal comebacks to the roar of the crowd at every twist and turn. Both players demonstrate an incredible calibre when it comes to dash-dance and wavedash spacing, and each gets their chance to shine, either through Mango’s pillaring Falco combos or Leffen’s sudden and precise shine-spike assassinations. Neither player went on to win the tournament, but it hardly mattered as they’d already produced the set of the year.

PUBG - Evermore wins by getting stuck in a rock

PlayerUnknown’s Battlegrounds is a bit of an enigma when it comes to esports. The unique structure of the game and number of players precludes and form of standard format or viewing experience. Thanks to the game’s popularity, however, the big esports hosts have been scrambling to get the game involved. What this has led to is a number of events with a rules setup that isn’t established yet. Do you give players points for kills? How many matches to do you play? Third person or first person?

This year at the Gamescom Invitational, we got to watch one of the funniest ends to a competitive series that we’ve ever seen. Running a series of three games. The talented Korean player Evermore took the second round  with some sneaky patience.

Boosted way up the scoreboard, Evermore only needed to place fairly high in the final round to take the win. Playing keepaway with a boat outside the playzone, Evermore finally made his way into the ending stages of the game… Only to get stuck in a rock.

Judging by his reaction, it wasn’t intentional, but may well have ended up helping in the end. With the blue zone overtaking him, Evermore could do nothing but sit and heal while the remaining players killed each other off — a strategy that netted him a top ten finish, and secured him $15k as the event winner.

A bizarre event like this shows of how pushing every game to be “esports ready” isn’t warranted in most cases, and really highlights the need for a competitive ruleset to be born organically from the community. This all might not sound like esports play of the year stuff, but PUBG is still a spectacle behold, and this was by far one of the year’s more memorable events.. It might never fit the bill for a proper esport, but it’s an entertaining event to run regardless.

Also, we can’t be too harsh on Evermore, as he’s previously pulled off ludicrously good plays like this:

Everything Evermore does in this clip is next level. pic.twitter.com/PbxJq3F91C