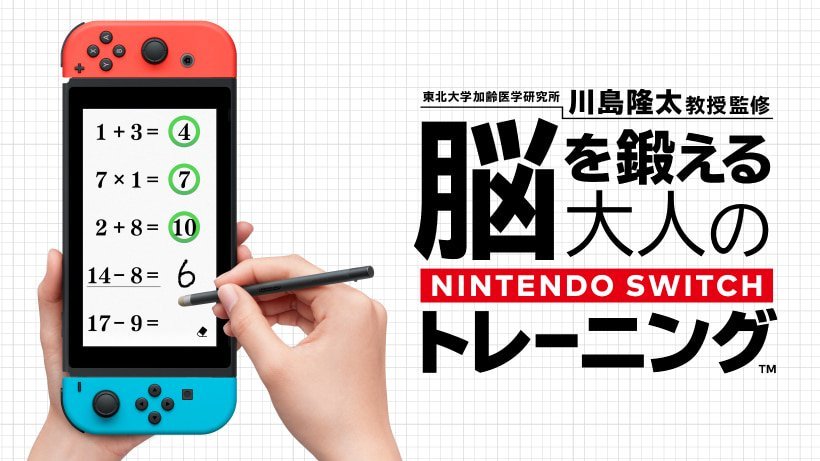 You can play rock, paper, scissors with Brain Age on Switch

How one streamer is using yoga to keep gamers healthy

Amber Moss explains how praising the sun can help keep you alive longer outside of Dark Souls, too.

It's time to train your brain again as Brain Age returns to Nintendo Switch this December in Japan. And you can play rock, paper, scissors with it?

The mental training game titled Nō o Kitaeru Otona no Nintendo Switch Training or Nintendo Switch Brain Training for Adults (and no longer featuring Dr Kawashima's polygonal head they put Dr Kawashima's polygonal head back in the EU version!) has a host of new tests to tease your grey matter with, including a rock, paper, scissors game which makes use of the Joy-Con's IR sensor to tell which choice you're throwing.

Other games make use of the gyroscope of the Joy-Cons, and include counting moving birds, photo matching, sudoku and kanji combinations for the Japanese version. That said, there's been no indication that this will also release in the west, but we're long overdue a workout for the brain. The last Brain Age game, Concentration Training, released for Nintendo 3DS in 2017.

To make it easier to write on the Switch's touchscreen, an official Nintendo Stylus will release alongside Nō o Kitaeru Otona no Nintendo Switch Training on the same day, December 27.

It's unknown if the Brain Age game for Switch will release in the United States.