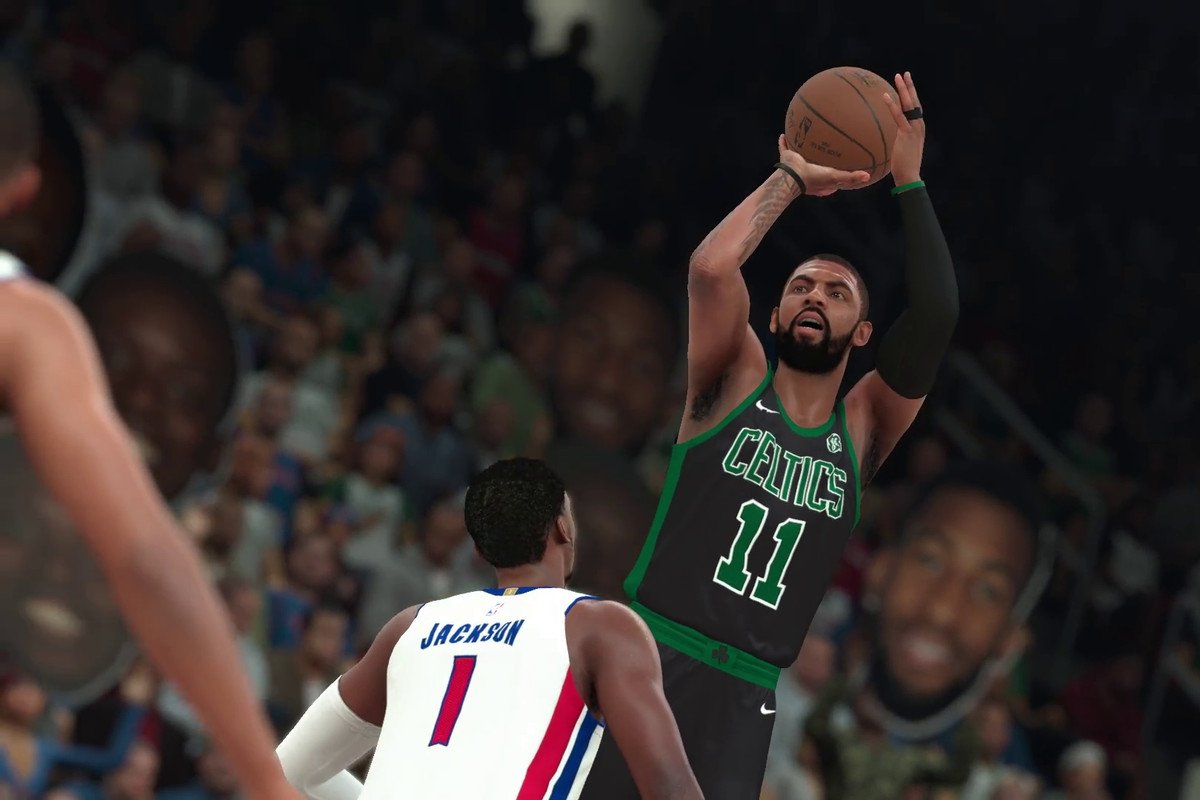 The best NBA games of all time

Basketball season is back, which means the best NBA games of all time are on our mind because that's the only time we're ever getting into the league!

Officially licensed NBA basketball games have been going for almost 40 years now, with the first NBA Basketball developed by dollmakers Mattel dunking on the Intellivision in 1980. No-one even knows what an Intellivision is anymore. Of course three years later the video game industry crashed and no-one knew what an Intellivision was then, either, so that's not such a damning indictment of the passage of time.

Since then basketball games have become a staple of the sports genre thanks to pretty much everyone understanding the core concept, which has led to some pretty funky twists on the NBA name. Here are what we consider to be the best NBA games of all time to grace the big, and small screens.

BOOMSHAKALAKA!! The basketball game that all others aspired to. The Jam filled arcades on its release in 1993, leading to every home wanting a copy for SNES and Genesis a year later. Best remembered for truly over-the-top commentating from Tim Kitzrow (doing an admirable impression of the legendary sportscaller Marv Albert) and some of the funkiest tunes to hit that early generation of home consoles. NBA Jam dug into the culture of basketball just as deeply as the game itself, making it an instant classic.

The introduction of motion capture for players on the court at the turn of the century meant basketball games began to feel more and more like your own personal NBA. Electronic Arts' NBA Live series was the only direct competition to the 2K branch, at this point under Sega's wing before developers Visual Concepts were folded into Take Two interactive and turned into 2K Sports the following year. The EA series was definitely the better branch in the first half of the noughties, and the licensed soundtracks were on par with many of their other games of the period like SSX and Burnout.

At the same time, EA Big – the ostentatious cousin of Electronic Arts who drank Red Bull and listened to Nu Metal – took pretty much every sport they had code for and tried to make it "urban". Most of these gambits failed, but when they worked they really ran away with themselves. SSX Tricky paved the way for NBA Street, but it was the sequel NBA Street Vol. 2 that hit the winning formula. Taking much of the same cues from NBA Jam, a lively commentary and superhuman dunking ability accompanied a shorter-form 3v3 street ruleset where style was the order of the day. The sequel had a retro slant, drawing on the rich history of street ball throughout the '70s and '80s. The game upped the ante by letting you unlock extra dunks, alley-oops and fake outs, as well as NBA hall of famers to take to the court with comic book characters who have stepped straight off a wall of graffiti. Plus we can't get They Reminisce Over You out of our heads whenever we think of that sweet menu music.

As the culture of hip hop began to cast a shadow over the sport itself, NBA games followed in with NBA Ballers in 2004 – the golden age of basketball games, where there was no single route to stardom. Developers Midway (RIP) decided their hook would be a story mode, where you aim to go from rags to riches as a rookie, trying to prove yourself on the streets with a hungry eye on all the bling professional ballers wear. This was the first time NBA allowed a story mode, which has featured in a few of the modern 2K games as well.

Of those modern games, 2K16 is probably the most iconic and well-loved. Its MyCareer story mode was directed by Spike Lee and meticulously researched from the backgrounds of real players, documenting their experience of high school and college competition. The game featured full body scanning and post-game SportsCenter-style punditry with Shaq and Kenny Smith, further blurring the lines between the real league, and the one where an avatar of yourself can dunk on Joel Embiid. It also, as is customary, had a banging soundtrack curated by DJ Khaled, DJ Premier and DJ Mustard. A triple DJ curation collab.

Whether you agree or not, those are the best NBA games of all time. But what have your favorite games over the years been?