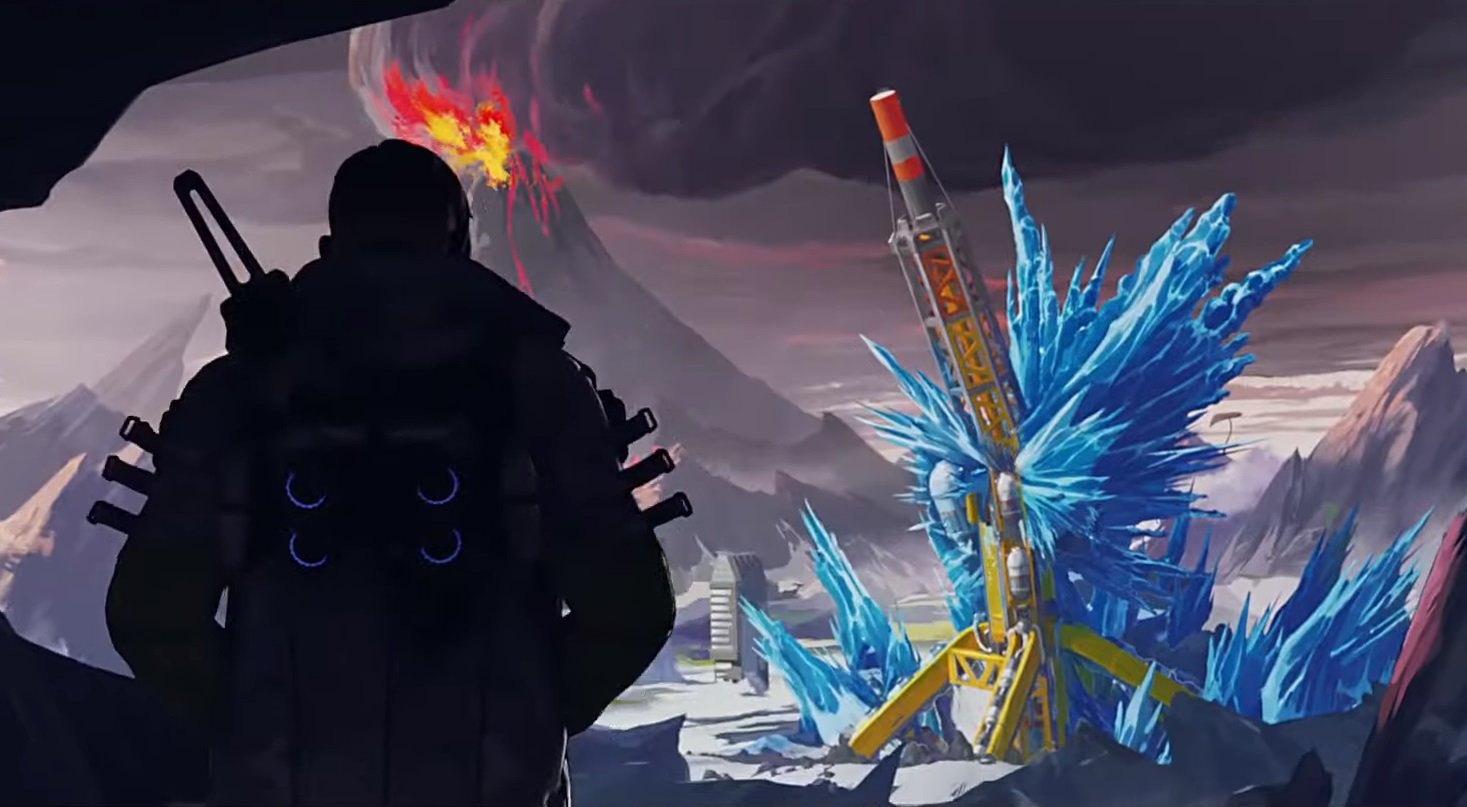 Everything you missed in the World's Edge trailer for Apex Legends

The World’s Edge map will be available in Apex Legends starting on October 1 when Season 3 goes live. Based on the planet, Talos, World’s Edge will immediately feel different from King’s Canyon thanks to the presence of variable weather conditions. On Twitter, a brief description was provided for World’s Edge which reads as follows:

“Welcome to World’s Edge, a new Apex Legends map where molten heat and chemical ice collide. Join our case of Legends – including the newest Legend, Crypto – on the dropship as they’re whisked from Planet Solace towards World’s Edge on Planet Talos.”

Join our cast of Legends – including the newest Legend, Crypto – on the dropship as they’re whisked from Planet Solace towards World’s Edge on Planet Talos. pic.twitter.com/vp7UzVrXaC

In the teaser trailer for World’s Edge, several Legends can be seen dropping down through a flurry of snow towards a jagged ice structure. The structure appears to have suffered a meltdown, and we were immediately reminded of Reactor 4 at Chernobyl. The trailer also confirms that you can land in and around the map’s volcano area based on where Wattson touches down.

We’re wondering whether players will experience map hazards similar to the Leviathans that roam the King’s Canyon map. Meanwhile, there will also caverns to explore and steamy hot springs to jump around which will undoubtedly lend themselves to interesting combat strategy.

A weapon is briefly shown that freezes enemies, and towards the end there’s even a train full of Supply Crates that can be boarded as long as you time things correctly. With hype surrounding Crypto, the trailer also makes sure to show several glimpses of how Crypto can be used in various combat situations.

Based on what was shown in the teaser trailer, we’re extremely excited to explore World’s Edge ourselves when it’s available on October 1. Until then, what do you think of the new teaser trailer? Are you excited for Season 3 of Apex Legends and the new World’s Edge map? Let us know in the comments below, and stay tuned for more Apex Legends coverage here at AllGamers!