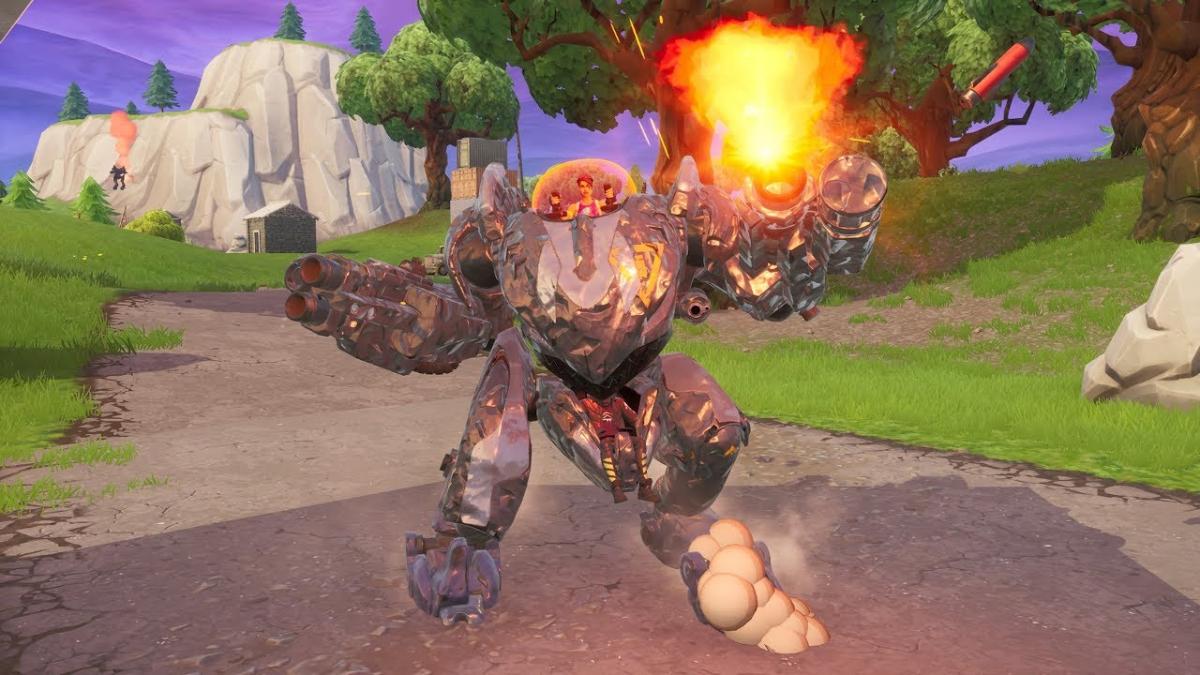 Fortnite's B.R.U.T.E mechs have been exploding as soon as they touchdown after a virus was uploaded in the game's convoluted storyline.

While fans have been on a crusade to #RemoveTheMech for months now, since the robotic beasts were added practically, Epic have previously stated that the mechs aren't going anywhere as they have helped level the playing field for lower-skilled players.

However since yesterday evening the mechs have been exploding on impact at the start of every match, with a computer console in Dusty Depot showing a virus upload screen. The prevailing theory is that The Visitor has returned to try and fix the timey-wimey nonsense currently messing up Fortnite's entire map.

We're about a week away from the Season X finale live event, so we'll likely get an explanation of what's going on then. Whether it makes sense or not won't matter, as long as the mech keeps blowing up a large number of Fortnite's playerbase will be happy.

Recent leaks have suggested the next season of Fortnite will play out on an entirely new map, with the old island topography being ditched for a fresh start. There's only so many retcons and hotswaps you can do to one piece of digital land, after all.