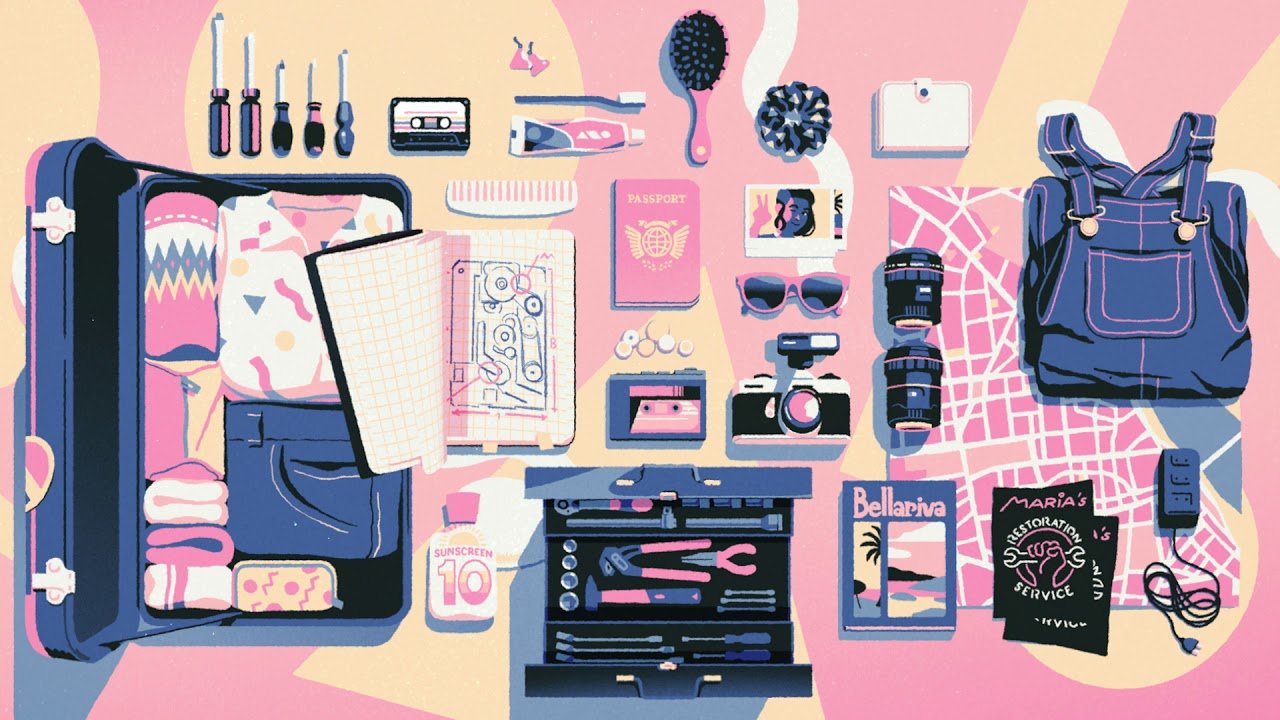 11 games worth getting Apple Arcade for

Apple Arcade launches today with more than 50 games available to download for free with the 1-month free trial. After that it's $4.99 a month, and from what we've played so far that's an absolute steal for the quality of these mobile games.

Many of the games available on Apple Arcade's launch are exclusive to the service, available on iPhone, iPad or Apple TV. Others still are launching on other platforms today alongside the new subscription library. And with such highly respected developers as Capcom, Square Enix, and Ubisoft throwing their hat in with indie darlings usTwo Games, Capybara Games and Finji there's a massive range of titles vying for your attention. It's hard to know where to start.

Well we've played through literally every single one of them and picked out our favorites for you to get started with, so here's the best Apple Arcade games you should download first.

DodgeRoll Games' debut roguelike, brought to us by the fine folks at Devolver, was a masterclass in how to make shooting and dodging your way to destroy the past an everyday grind. Now, Enter The Gungeon's inevitable sequel, Exit The Gungeon tasks you with much the same agenda – but this time you've already shot the past and it's pissed so the Gungeon is collapsing. Rather than top-down twin-sticking, Exit is a side-scrolling platformer version of the same great shooter set on an elevator rising eternally upward to freedom. If you're playing on iPhone, just dodge, duck, dip, dive, and dodge your way round projectiles and enemies and all the shooting is taken care of thanks to an auto-aim and auto-fire. But pair up a controller or play on AppleTV and you'll need to do it all yourself. It's a hard life getting away with murdering the past.

From Monument Valley devs, usTwo Games, comes this short and sweet story about repairing things. Everything in this drag and drop puzzle-solver where you fix broken items is a joy, from the fonts to the audio design (best experienced through a good pair of headphones). Even though it's all tapping and swiping, buttons of cassette players feel distinctly chunky, and twisting tools to get into the innards of electronics is somehow still tactile. There are only 12 objects to mend, but each comes with a vignette of storytelling which goes well with the item you're repairing, reminding us all that what is broken is never truly lost forever.

With new 3D puzzles to explore and the frantic multiplayer you all know and love, ChuChu Rocket! Universe will be launching its way onto @AppleArcade soon! #AppleEvent pic.twitter.com/l3IaFRqFqi

This 1999 Dreamcast classic couldn't come at a better time, with the much-maligned console celebrating its 20th anniversary this month. The setup is much the same, despite the decades, as the evil cat king of KapuKapus is stealing up moon mice, AKA ChuChus. You need to head to various planets in a set of constellations to rescue them by placing arrows on the floor to direct them to the rocket home. ChuChus run on their own, following a set of logical decisions when they hit objects (turn right, keep running) which you can use to your advantage to solve a stage in as few moves as possible, earning those coveted three stars. A perfect puzzler for out and about on your commute.

Speaking of commutes, this sequel to the 2014 mobile strategy Mini Metro is taking the same puzzle energy onto the road. Where once you needed to place rail lines for a city transit network, you now need to connect houses and factories in an increasingly convoluted layout as they spring from the ground. Each week of gametime gives you a set of new tools to help you get people to their workplaces quicker, including traffic lights to manage busy intersections, bridges to cross water, and motorways to make an express flyover across the dizzying grid of buildings you're trying to build around. Each new connection adds a layer to the soundtrack of dings and beeps that continually keeps things calm while it builds into a fully fledged track, another great reason to own some good headphones.

Overland is a survival strategy game about a roadtrip across the USA. This isn't the usual roadtrip, as some sort of alien blight has ruined all the places you stop to get postcards, and more importantly gas. It plays a lot like a pared back XCOM, but you'll almost never want to engage in combat with the aliens as hitting one only causes more to burrow their way up from the ground in random places. Instead, you aim to search for survivors, gas, and other supplies to take with you, then get back in your car and get out of there. Things can get complicated as you can only really carry one item per person, and the car only has so many seats. Choose your friends and pitstops wisely. And don't stop at Mount Rushmore, it's a total tourist trap.

Possibly the best game we've played on Apple Arcade. Also available on PS4 and Nintendo Switch today, it's a fantastic mix of neon-soaked visuals, pop bangers, tarot themes and a tale of heartbreak. Sayonara Wild Hearts is, at its wildest of hearts, a rhythm game but thrown in with some shmup energy and a constantly evolving and shifting level design. The environments progress nicely along with the story, too, taking you on an arcing path through the stages of dealing with the pain of a loss. Metaphorically speaking, of course. Our last break up had nothing to do with robot wolves in a psychedelic forest.

A very simple pitch for this very compelling game: what if a dungeon crawler, but pinball? You get all the usual trappings of a dungeoneering adventure, health, stamina, spells, abilities, and upgrades once you inevitable die on your ascent of a tower. But every room you come to as you climb the steps is a pinball board, with flappers and bumpers and enemies that you must dispatch to find the key to the next floor. There's plenty to unlock and upgrade once you've got the hang of fighting while rolling around the stone floor helplessly, and the art style is very charming.

Over The Alps is a postcard adventure from the past, full of espionage and double-crossing. It reminded us a lot of Inkle's 80 Days, with branching narratives as you choose your next action as the next line on a postcard before placing another stamp in the corner. These postcards have been discovered in the modern day, by a couple raiding an old wine cellar for another bottle. But the story they tell is from pre-war Europe, as a mysterious protagonist (part of one of several spy factions depending on your starting choices) attempts to evade the Swiss police in countries rendered in the beautiful style of mid-century travel posters. Good for long trips where you want to feel a little more dangerous than just heading home for the holidays.

Many of the best levels of the already incredible Rayman Legends were the ones where you couldn't stop running. So it's no great loss that in Rayman Mini you can't choose when our limbless hero sprints for the exit. There are the usual moves – jumping, gliding and slapping – and there's no time limit to speak of, but there are Lums. Delicious, tasty Lums. 100 of them in each level to be exact, and managing to pick up every single one on your unstoppable sprint for the end will earn you more costumes for Rayman, Globox and Barbara. The costume screen also has that lovely, drunken song the Lums sing so you can just leave that on to listen for a while.

Continuing Square Enix's recent form of terrible two-word RPG names is this bafflingly boring one. However the gameplay makes up for its mess of a title. Given it's a mobile-only RPG, Squenix have actually done well to translate a lot of the normal fare of an RPG game onto a narrow vertical screen. Exploring a town is as simple as swiping across the bottom while your hero runs sideways through a rendered village at the top. Combat is a standard turn-based affair, but with a "Change, Chain, Chance" system which rewards you for combining certain abilities to change status, chain with other attacks, and earn a chance to inflict critical damage by, for example, soaking an enemy in water and then hitting them with lightning. Great for playing while half focused on it, so perfect for a second screen game.

Right, so, we've seen What The Golf before, at EGX last year, and we loved it then. But having played through almost all of it in a single night we're convinced this is worth anyone's time. Especially if you're not a golf fan. Because, of all the games that this is, it is not a golf game. Sure, you play with the same swing power input of other golf games, but instead of hitting your golf ball into a hole with precision accuracy, you send a barrel rocketing through a winding course of trees to knock over a cat. Or help a snowboarder make it across chasms. There are loads of other games recreated in here, too, including an entire area of the game which replicates the time-bending movement in SUPERHOT. You can pick up putters to fire them like a gun at enemies, and when you finish a level it flashes SUPER PUTT on the screen and does the voice and everything. None of the mechanics stay around long enough to get boring, so you end up rushing into every new area to find out what delights await. What The Golf is an absolute must-play if you grab Apple Arcade.

That should be enough to keep you going for the first month of Apple Arcade. We'll check in when they add more games to find out what other Apple Arcades games you absolutely must play.