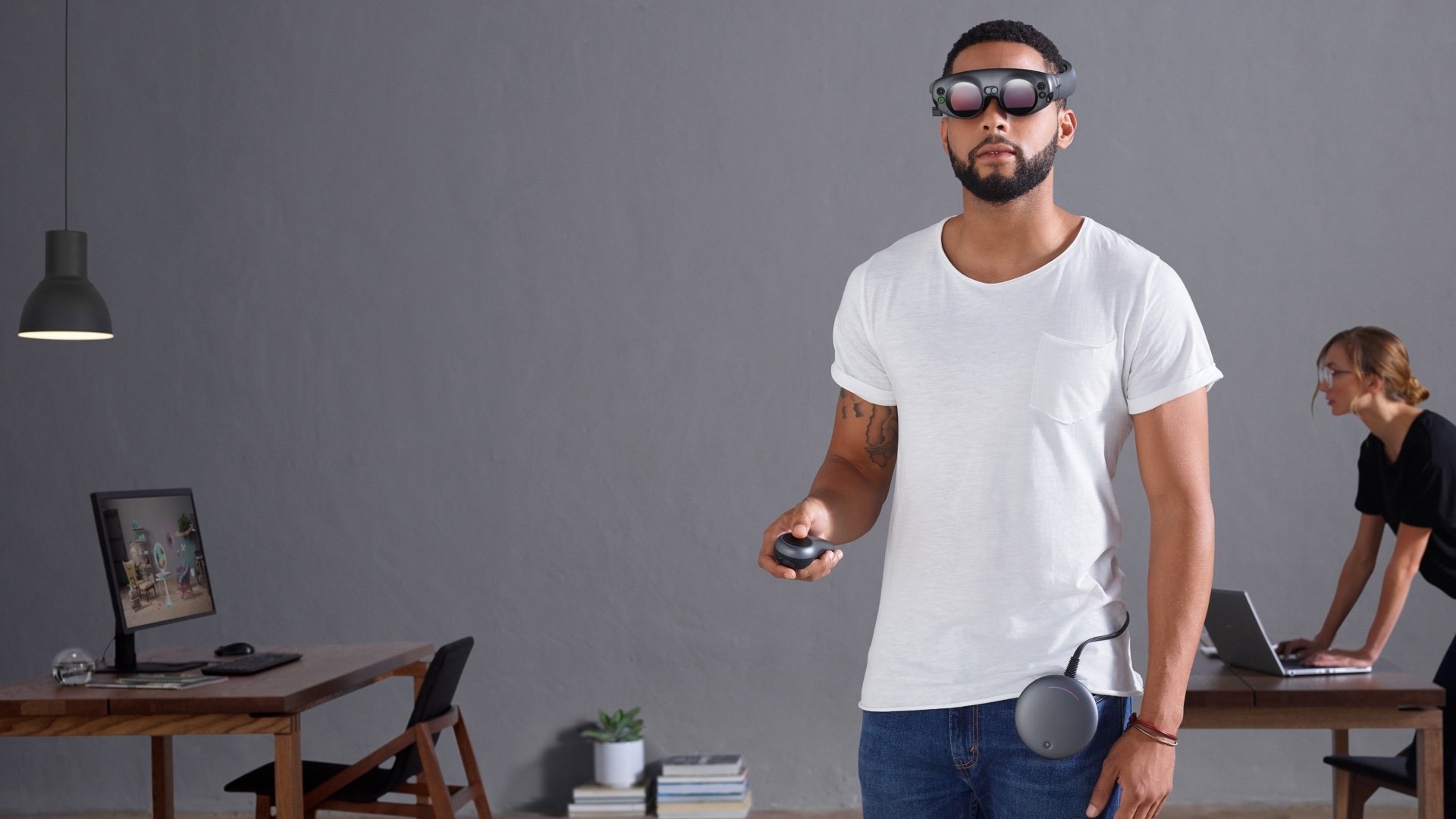 Mixed-reality headset maker Magic Leap has finally unveiled the headset device it hopes will deliver augmented reality experiences into our lives, and promised to start shipping the "Creator Edition" - aimed at developers - in 2018.

The Magic Leap One, as it's called, is a combination of "Lightwear" headset (spectacles, really), a small circular "Lightpack" computer that clips onto your belt, and a handheld controller that resembles PlayStation Move and tracks your gestures.

Magic Leap, which has reputedly attracted an astonishing $1.9bn in investment and is valued at over $6bn, has developed cutting-edge tech to drive all this stuff that will allow lifelike digital objects to exist in your world.

In a lengthy report for Rolling Stone's Glixel imprint, journalist Brian Crecente reported on various demos he experienced in controlled conditions, and by the sound of it the tech is super convincing.

Robots, digital assistants, even virtual screens could be summoned and would interact with your environment convincingly. You could hang virtual screens in the air all around you and they would stay exactly where you placed them.

It all sounds pretty exciting - as these things often do when we have yet to get a feel for their quirks and eccentricities - but Magic Leap is no doubt hoping that the Creator Edition will inspire developers to create products that make the very best of this emerging technology.

Virtual reality has obviously had a tough time reaching scale in the market so far - although Sony's PlayStation VR has sold over 2m units - and many commentators feel AR could be more successful in the long term. It's certainly going to be interesting to see how Magic Leap One fares in the wild next year.