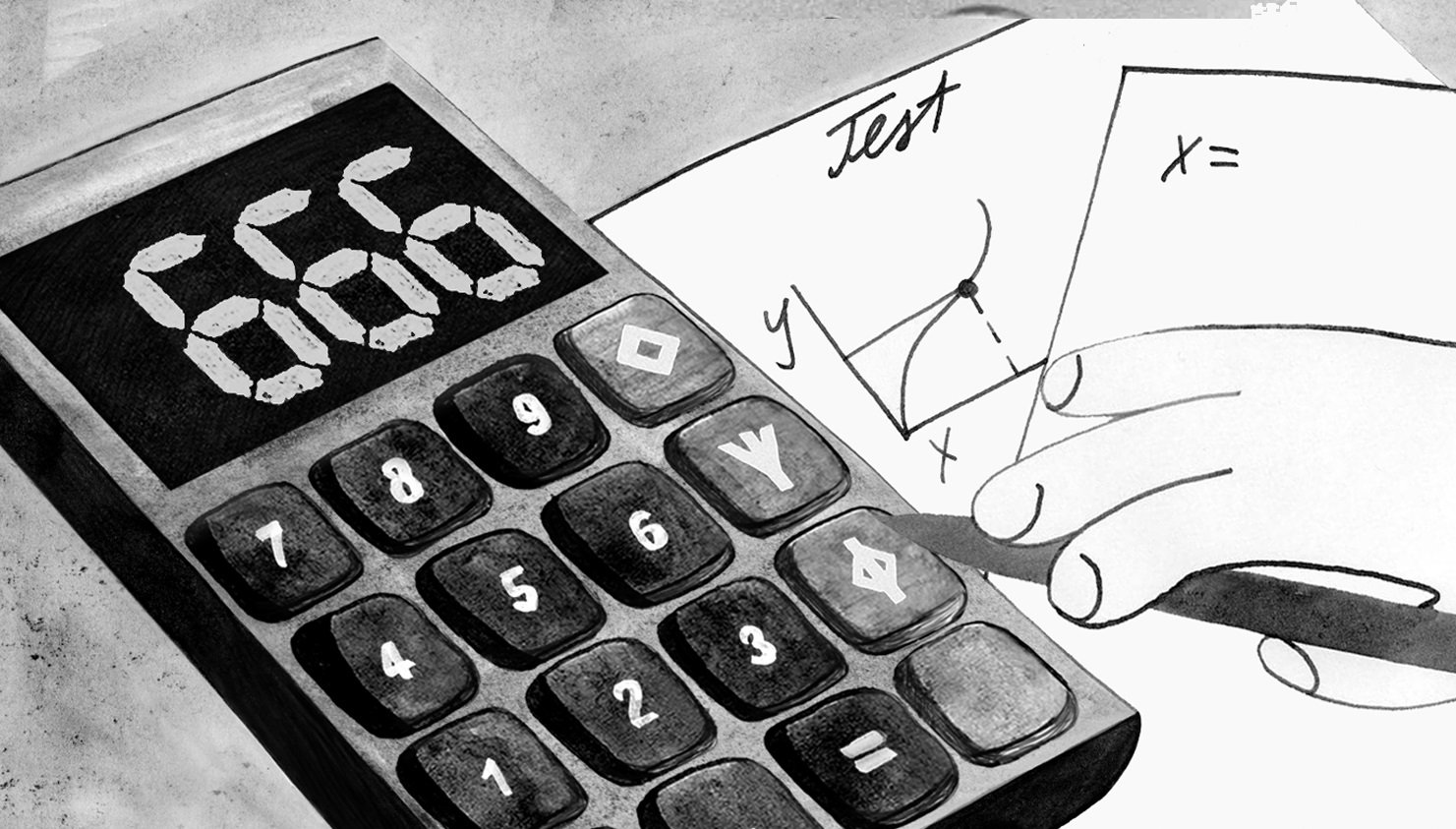 Interview: Devil's Calculator and how it makes math fun

We encountered a wealth of fascinating games as we roamed the halls at PAX West 2019, but none that caught our attention quite like Devil’s Calculator. The name “Devil’s Calculator” alone made us eager to learn more. Inching towards the display near dozens of curious onlookers, we found ourselves studying a game that intimidated us as we're hopeless math failures, while also pulling us in with its approachability.

Despite the fact that we're far from competent at even basic math these days, we found Devil’s Calculator to be wonderfully simple in the beginning. The more you play, the harder it gets. With this gradual curve in place, you feel like you’re picking up on math skills naturally, which surprised us during our time with the game.

Curious about how exactly Devil’s Calculator incorporates math so well, and the main inspiration behind its creation as a non-profit title, we decided to reach out and ask Cinq-Mars Media founder Christopher Jarvis for additional clarification on one of the coolest games we saw at PAX West!

Interview: Devil’s Calculator and how it makes math fun

First, can you tell us a little more about Devil’s Calculator?

Christopher: At its core, the game is really just solving for unknown operators. In 2 ? 2 = 4, the ? could represent addition, multiplication, exponentiation, or something else entirely. You won’t know for sure until you collect more data points in order to figure out what the function is really doing. Each level is a matter of interpolating, or reverse engineering these unknown functions, and then proving you know how they work by calculating the same number over and over again.

Do you have to be good at math to play Devil’s Calculator?

Christopher: It certainly helps, but no! I don’t have beyond a high school education in math and I hand wrote the base game’s 70 levels. Some DLC can get a bit mathematically esoteric, but by and large, 95% of the game can be navigated with puzzle solving skills and pattern recognition.

Continuing that thought, can gamers who aren’t the best at math use Devil’s Calculator to improve?

Christopher: I think so – the game challenges players to work backwards from patterns to decipher how functions operate – at PAX, a ten year old girl who had yet to take algebra 1 figured out the concept of binary for herself as she played. I believe training your brain to think this way about math can help the subject feel much less didactic and feel more inventive.

Figuratively speaking, do you think the Devil would be good at math?

Christopher: Well, I suppose mythically he is clever and manipulative so I would assume so. In the game, he certainly uses some cruel mathematical tricks to trip you up.

Does Devil’s Calculator have a story attached, or is it solely focused on the equations themselves?

Christopher: While it’s certainly not a narrative game, there is a story where a young man is taking a math test, and right in the middle his calculator is possessed and all his typical arithmetic operators like addition and subtraction are replaced with strange symbols. The only way to excise the devil from your calculator is to repeatedly calculate 666 and get back to your math test.

How long was Devil’s Calculator in development for before it released?

Christopher: Six months, give or take.

Were there any challenges developing an indie game like Devil’s Calculator (budget, resources)?

Christopher: The biggest challenge for a game like this was probably level design and player testing, making the game accessible to individuals who may not have a lot of confidence in math or a robust education in it.

How did you come up with the diamond-shaped key idea for Devil’s Calculator?

Christopher: There are three operators in the game, one unary operator (the diamond key), one binary (the pitchfork), and another unary operator with a little twist. In development, There is no formal variable convention for unknown operators (as there is with constants: X, Y, Z etc…) so I just chose Greek symbols based on little criteria. The symbol started out as Delta since I thought of the laplace operator, but it transformed to a diamond to be more aesthetically unique from the others.

Let’s talk level design, what are some examples of interesting levels that players will encounter in the game and how will they use math to progress in the game?

Christopher: Oh boy. Functions can do all sorts of devious mathematical things, like return some formula or concatenate two numbers, or return the closest prime number, or even flip digits upside down – return truly random numbers, return the number of unique digits in the input, and on and on. An understanding of math helps in recognizing these patterns but can also obfuscate other, non-algebraic patterns that arise.

What was the inspiration behind developing Devil’s Calculator as a non-profit?

Christopher: We’re extremely passionate about educational games, and wanted to make a game that was free to download and accessible to as many people as possible. Educational games often have this stigma associated with them that they’re banal and boring, and we really wanted to upend that.

Making the project non-profit helps us in that educational mission. What other non-profit games have you created? Christopher: Our first project was a word game narrated by biologist and author Richard Dawkins named Synonymy. Our second was a game we did in collaboration with the Pulitzer Prize winning fact checking organization PolitiFact during the 2016 election called PolitiTruth.

Do you have any other non-profit games currently in development?

Christopher: We do! An extremely ambitious game that uses a hyper-realistic conversational voice AI.

Do you think there’s a fundamental need for engaging video games that can also be used as educational tools?

Christopher: This is precisely the mission of our non-profit – there’s no stopping how gaming has polarized both the young and old alike, harnessing that power to encourage thought and educational development is only natural. Every parent knows, if you want your child to do something boring or unpleasant like make their bed or do their homework, try making it a fun game. This idea of gamification can be enormously powerful in inspiring learning and thinking behavior.