How to emote in Borderlands 3

Learn how to emote in Borderlands 3 and let loose some character while you hunt for those Vaults. 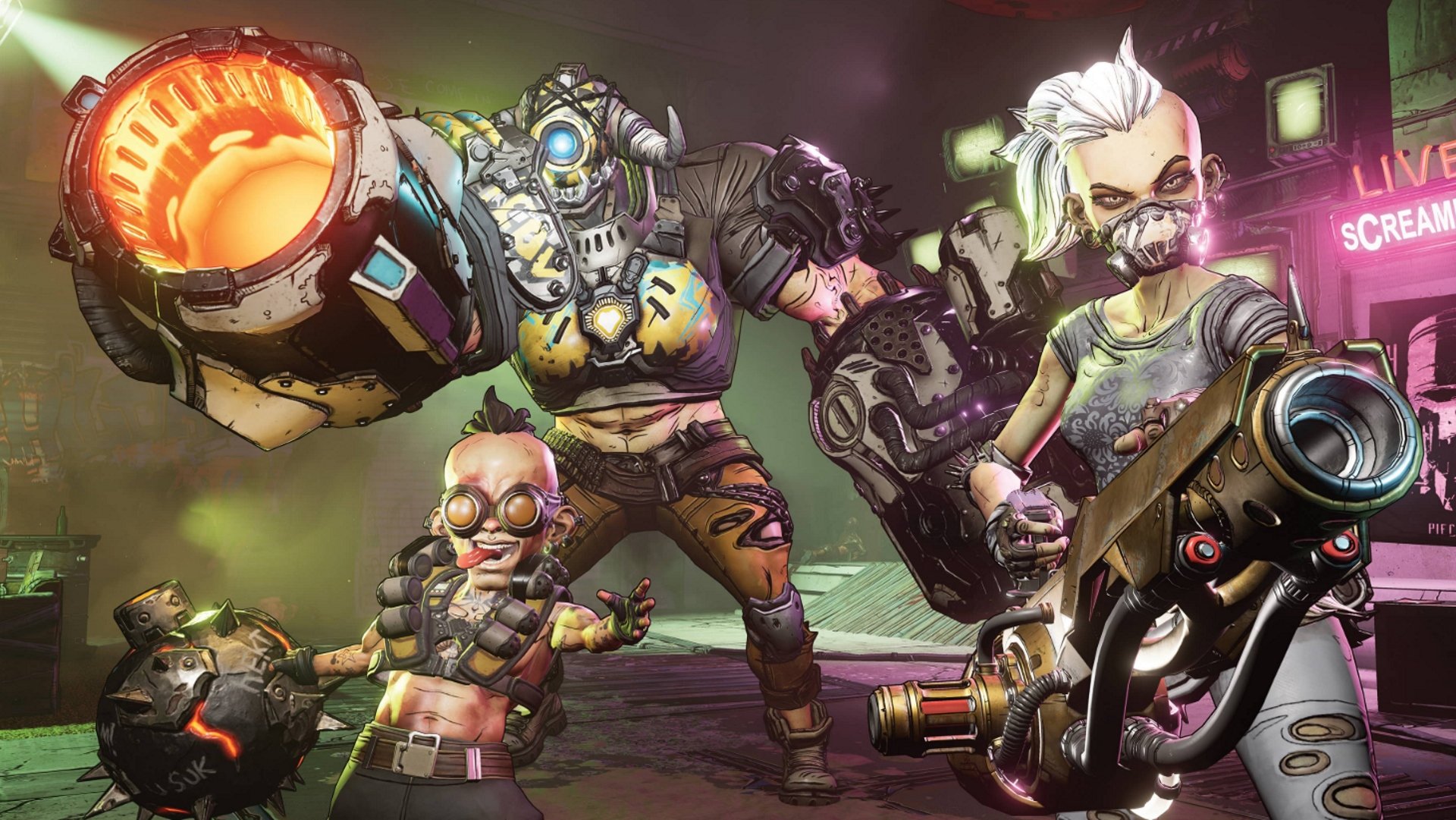 Move over Ash, ESAM is here to take the title of Pikachu master with a win at Glitch 7.

You’ll be able to get the One Pump Chump in Borderlands 3 soon after you gain access to Lectra City on Promethea. Once you’re able to reach this area as part of the story, you’re good to follow the steps listed below.

Inside Lectra City, make your way to the underground/subway and head to the area shown above. In this spot you’ll find several levers and wheels in a side room opposite a hallway to a door surrounded by TVs. To open the door you need to activate them in a certain sequence and turn on all the TV screens.

We’ll be labelling the levers, wheels and buttons from 1 to 5 assuming you’re looking towards the door, with levers/buttons 1-2 on the left fence and 3-5 on the right. There are several orders that’ll unlock the door, but we’ve had success with 1,4,5,2,2. That’s the left button, the valve on the pipe to the right, the lever to the right of the valve, then activate the switch on the side of the box to the left twice. Others have reported that you can also simply do the lever twice and then the valve wheel, but we have yet to try this method out. You can see Joltzdude139 demonstrate the order below if you're still lost.

If you complete the puzzle, the door ahead of you will open and a miniboss named One Punch will appear. He shouldn’t be hard to beat, but do try to avoid taking a hit from that sizeable fist. The One Pump Chump isn’t a guaranteed drop from this guy, so if you aren’t lucky enough to get it, simply head out of the area then return to try again. Get the drop and you’ll have earned yourself a powerful new slug shotgun.

Now that you know how to get the One Pump Chump shotgun in Borderlands 3, you’re ready to move on to more challenging things. Head over to our Borderlands 3 hub for more handy tips and tricks to get you going.