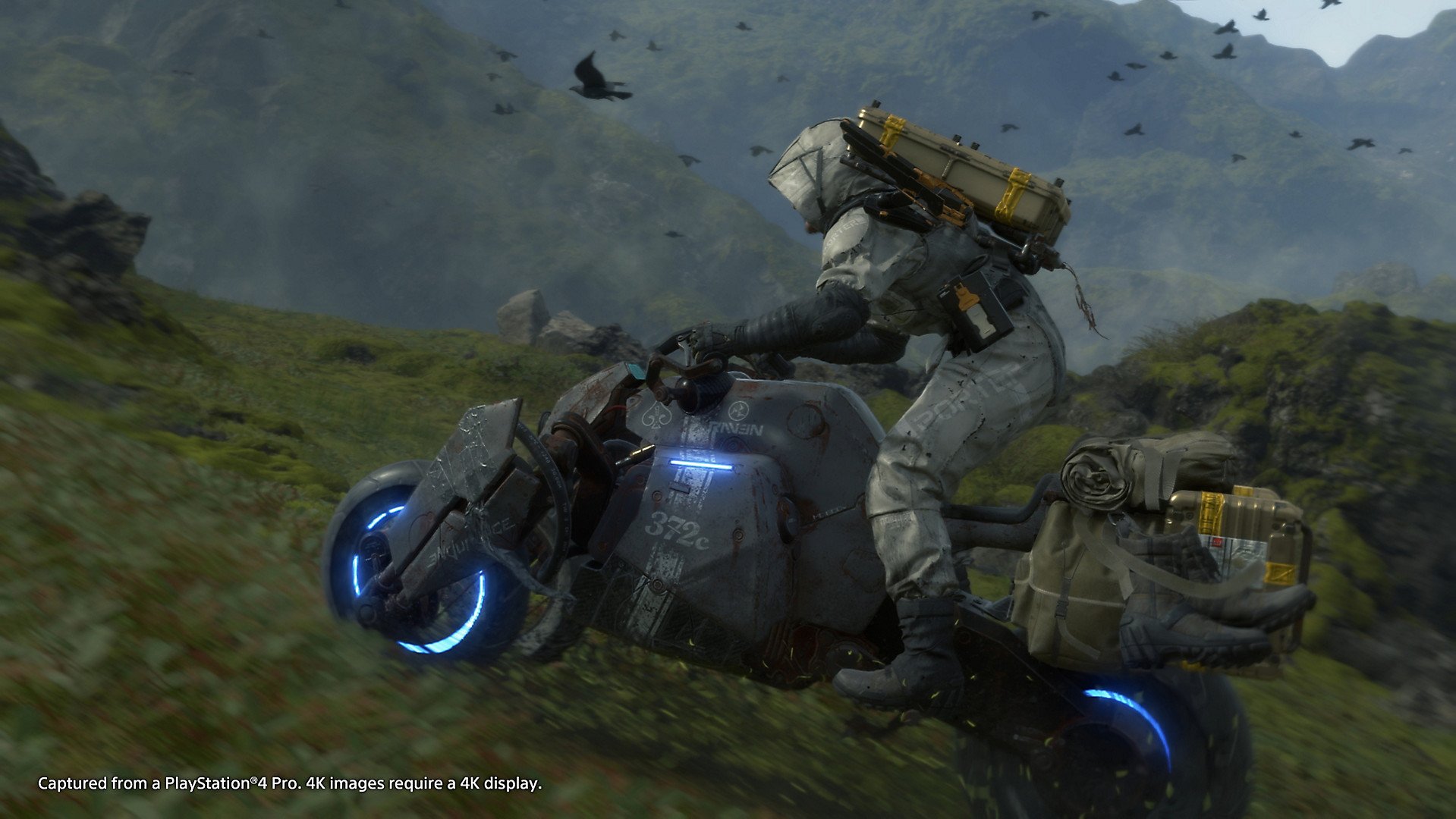 Everything new in that massive Death Stranding TGS gameplay trailer

A huge chunk of Death Stranding gameplay was shown off at Tokyo Game Show this morning, revealing more of what you'll be up to in this Fed Ex simulator.

The 49-minute demonstration, hosted by director Hideo Kojima, showcases many more of the game's mechanics and systems ahead of its November 8 release date. Unfortunately all commentary and voice acting is in Japanese, but there's still plenty to learn from the gameplay shown in the video below, starting at 7:30.

Much of the gameplay involved the core loop of Death Stranding: traversing the landscape and delivering cargo. But some hints of how the game's "Strand" system works came into play as well. Many items are left around the world by other players who were just trying to get around their own way. These items, like ladders, ropes, bikes or even just lost cargo can be used by yourself, and you can even leave a "like" as feedback for good pieces of equipment.

When carrying cargo, Sam Bridges has a number of options available to him. While equipping your gear to head out on another delivery, you can equip an "Active Skeleton" – a pair of robolegs to help you do the lifting. The Active Skeleton, according to flavor text, appears to run on a battery and sprinting will drain the battery at an accelerated rate.

You can also choose where to place your cargo: on your back, attached to your suit, carried in your hands or "offloaded". This last option allows you to place the cargo on small hovering dollies which follow you around, giving you greater freedom as your personal weight limit is reduced. This allows you to equip heavier things like suits, or weapons and other systems. Weight is important in Death Stranding because the heavier you are, the slower you move in evasive situations which is important later. However it also has more subtle implications, such as wearing out your boots faster so they'll need to be replaced more often.

You can also jump into vehicles like a MULE truck or the RIDE bikes to get around quicker. Of course, instead of wasting all that freedom from weight on dumb things like life-saving hazmat suits, you could also use your floating dolly as a skateboard and deliver cargo the way God intended. There are other ways to kick back and relax in the game too, as Sam was shown getting into a mud bath and singing to his BB. This apparently restored health and stamina, but we think it was just one of Kojima's personal fantasies.

Further into the gameplay demo, Sam comes across some BTs and a combat section begins. He is warned of their approach by the sunflower gizmo flapping around on his backpack, and a prompt informs him to hold his breath. This will be the basis of the stealth gameplay of Death Stranding, and it will be up to you how you approach encounters like this. You can remove some cargo to make yourself lighter for combat and more able to escape their sticky, tar-covered handprints. Or take aim with the Anti-BT handgun and lob Hematic or EX grenades to send them back to wherever they came from. You can even ask other people for help and they'll lend you items if you get into trouble. Then you can recover your cargo and carry on with your postal rounds.

As well as completing his own deliveries, Sam also picked up a few pieces of cargo dropped by other players, allowing him to open up more facilities and connect them to the Chiral Network. This is the main aim of the game, to extend the Strands from East Coast to West Coast, and making friends with these facility operators along the way seems to be the way to forge those connections.

The Tokyo Game Show Death Stranding gameplay shows us a lot more of what to expect as we begin our mission to reconnect America on November 8, what do you think of what we've seen so far?