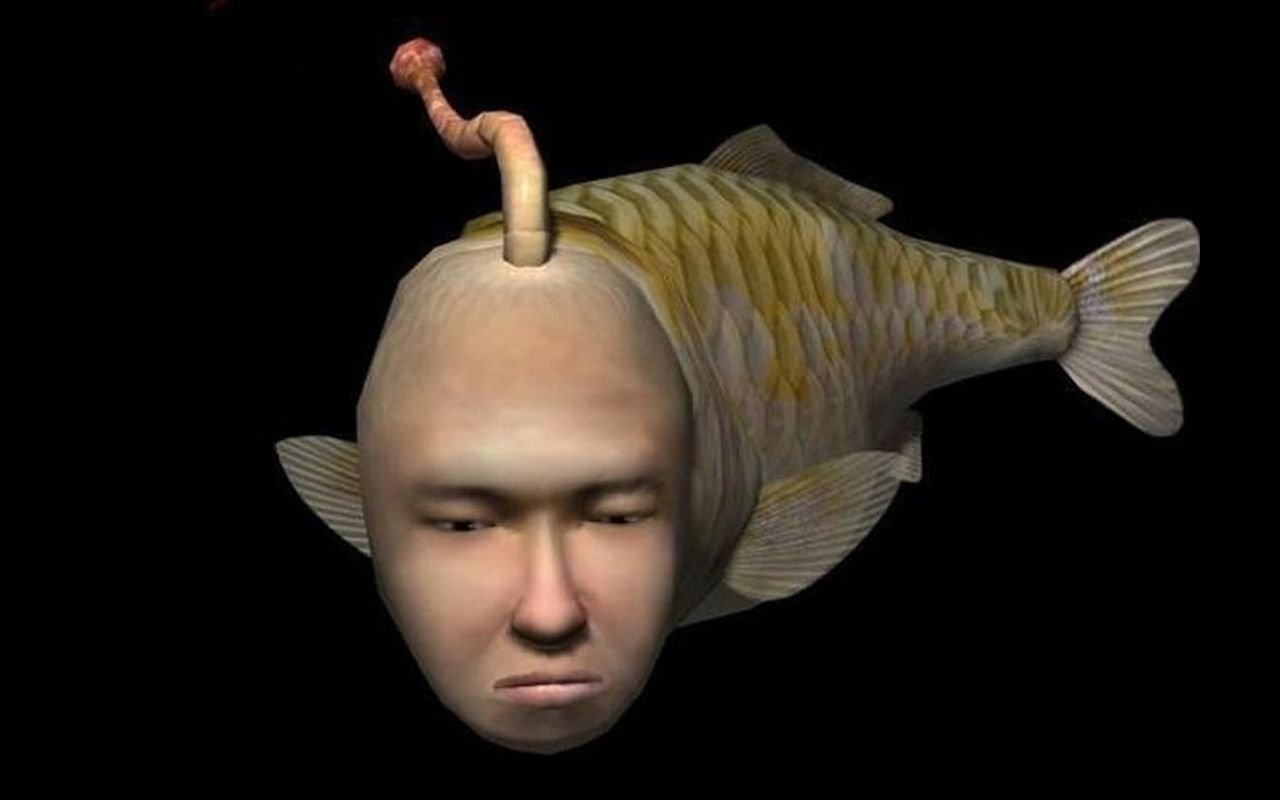 This week marks the 20th anniversary of Sega’s unusual but much-loved console which long proceded the WiiU in both including a screen on the controller and meeting an untimely early end. Many have argued that, despite its failings, the Dreamcast was ahead of its time, bringing design concepts and games that the technology and world of the age just weren’t ready to appreciate. While the tech point is certainly true, we’re not sure the world will ever be ready for some of what the Dreamcast had to offer. Join us now as we celebrate the 20th anniversary of Sega’s console with a look back at some of the Dreamcasts strangest games.

Many people remember the Dreamcast for classic titles like Crazy Taxi and PowerStone. Others for kickstarting the kickstarting console MMOs with Phantasy Star, or the popular Soul Calibur fighting game series. Us though? We remember it for entirely different, nightmare-inducing reasons, as the following games show.

Okay, let’s get the big one out of the way first. If you grew up with the Dreamcast, there’s a good chance you did your best to wipe Seaman from your mind entirely, because this is easily one of the most bizarre gaming experiences, well, ever. Narrated by Leonard Nimoy, Seaman saw you as the caretaker for a virtual fish tank. By dropping in eggs and creating the right conditions, you could raise your own fish, frogs and other aquatic creatures.

All sounding very normal, and perhaps even charming, right? Unfortunately, everything went a bit south when you discovered that the creatures had human faces. And that you needed to talk to them using a microphone attachment. The, uh, Seamen, you raised would chat, feed, evolve and even copulate in one of the most uncomfortable gaming sequences we’ve had the misfortune to watch. Want to see two human-headed fish mate via tubes that sprout from their heads? No? Us neither, but Seaman was made regardless.

Long before rhythm games would hit their stride, the Dreamcast brought us Space Channel 5, a Tetsuya Mizuguchi music/memory game in which invading aliens had taken humanity hostage via the medium of dance. Logically, it was up to space-faring reporter Ulala to rescue the mind-controlled people and fend off the alien menace by copying their dance moves and grooving to the beat. Oh, and shooting them with her ray gun while she was at it.

As she rescued hostages, Ulala would build up a dance troupe to help take on each stage’s final boss in a dramatic dance-off. A reporter, Ulala conducted the entire affair with a microphone in hand, signing off each level for Space Channel 5. Quite frankly, we wish modern rythm games had half as much pizzazz.

Typing of the Dead

Back in the days of the Dreamcast, the arcade was still a physical place you could go for fun, and not just Apple’s latest attempt at the mobile market. Consoles had begun to take over, but there was one genre that in-home entertainment simply couldn’t compete with: lightgun shooters. That didn’t stop developers from trying though, and how better to bring the tense delights of zombie-slaying to the home console than by combining it with educational typing training.

Played using the Dreamcast keyboard peripheral, Typing of the Dead asked you to blast your way through hordes of the undead by rapidly typing out words attached to each enemy. Thankfully, you can still enjoy Typing of the Dead's unique style today on PC through the Overkill release, which even includes DLC packs that swap out the regular words with Shakespear quotes or downright filth.

Stop right there. We know what you’re going to say, “Shenmue isn’t a strange game, it’s still popular now!” To which we reply: Forklifts.

No wonder everyone is keen for Shenmue 3.

A Japan-only release from 2000, Roommania put you in the role of a god and asked you to improve the life of Neji Taihei, a bummed out student living a mediocre living in early 2000s Japan. The bad news is that you’re not a particularly powerful god, and the only way you have to interact or influence Neji’s life is by throwing ping pong balls at stuff you want him to look at in his room.

Written and composed by Sega Sound Team member Tomoko Sasaki, according to Giant Bomb the idea was created thanks to her obsession with internet webcams at the time. Despite such a surreal concept and the limited release, Roommania even got a sequel in 2003 named New Roommania: Porori Seishun.

Peter Molyneux’s Spore may have drawn a lot of attention in 2008 for its attempt at simulating evolving life, but years before that, a little known, Japan-only Dreamcast release called L.O.L.: Lack of Life had a crack at the same concept. Set on a planet being terraformed by an advanced alien race, players control as a small creature just trying to survive. By eating or working symbiotically with the planet’s other lifeforms, the player can stay alive long enough to evolve through several stages of life.

Featuring a beautiful soundtrack by award-winning composer Ryuichi Sakamoto, L.O.L. was intended to share the message that the earth’s lifeforms exist in a harmonic balance and that we should care for the other people and life we share the planet with. It also included a dedicated urination button, if the strong message wasn’t enough for you to give it a look.

Those were just a few of the strange, strange titles the Dreamcast was home to during its short life, and it’s fair to say they left a pretty strong impression. It may not have been the perfect console, but it was certainly home to some unique experiences. Is there a title we’ve missed that you think deserves recognition? Let us know in the comments below!