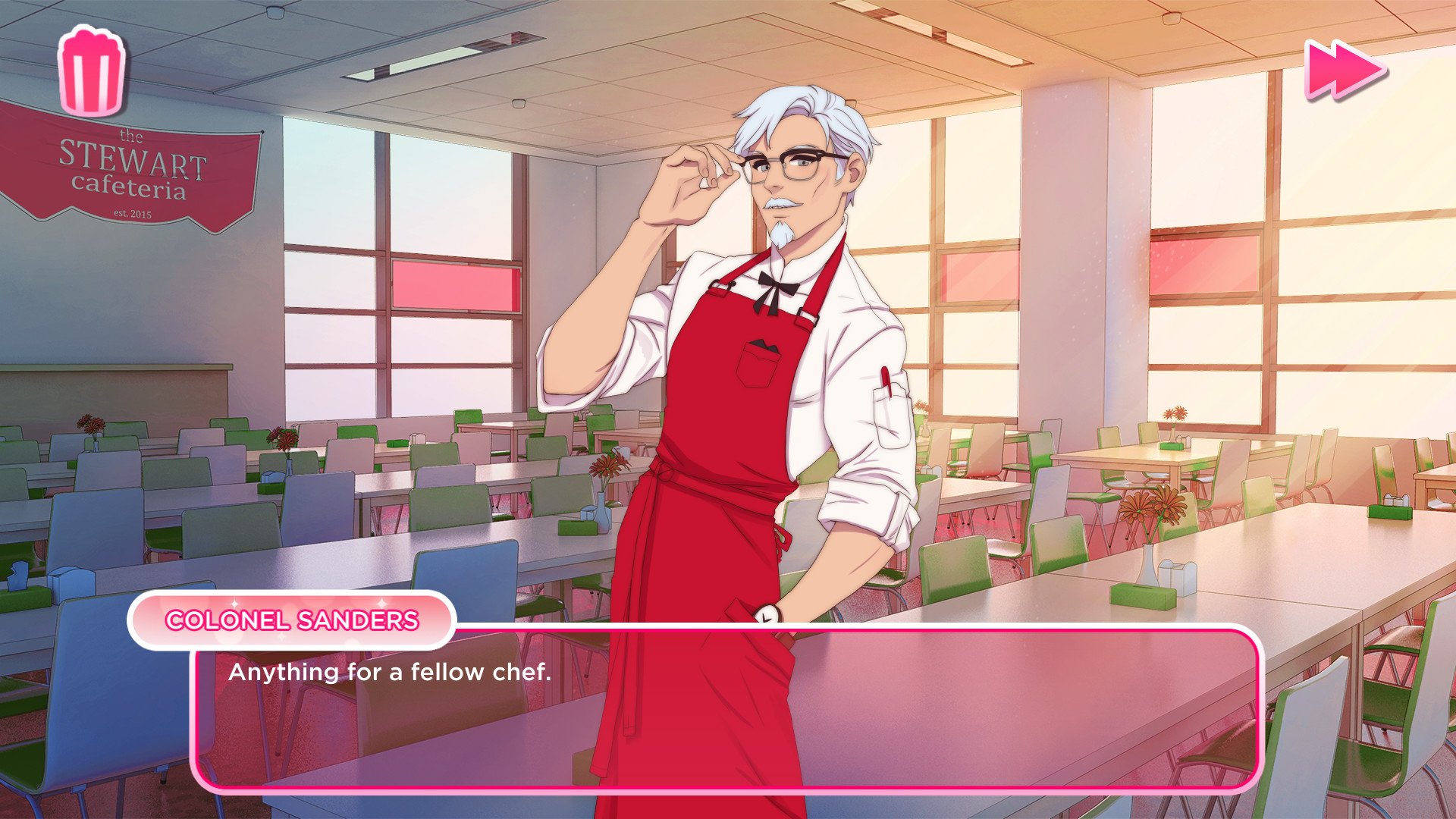 Alright, who had "KFC dating sim" as the game to successfully out-weird Death Stranding in 2019? Because it's real. I Love You, Colonel Sanders! A Finger' Lickin' Good Dating Simulator has just been announced and it's officially licensed by KFC.

Currently only showing as available for Steam, ILYCS!AFLGDS is a visual novel published by the chicken chain where you try to make a name for yourself on the fried poultry circuit by attending a school with a corgi professor, and Colonel Sanders is a fellow chef at the academy.

The true aim is to get the colonel to become your business partner, but obviously the REAL true aim is to date him. There are multiple rival suitors attempting to also learn the secret of those 11 herbs and spices and the way to his heart, so make sure you pick your choices wisely. The description really leans in on use of the company slogan "Finger' Lickin'" which, in the context, is putting us off our fried chicken. There are nine "lovable characters" (one of whom appears to be a ghost) and a secret ending, as well as cooking battles and "battle battles".

Incredibly, this isn't the first time the colonel has been the subject of an officially licensed romance novel, as KFC commissioned a 96-page Kindle book called "Tender Wings of Desire" for Mother's Day in 2017.

There's no release date for the game yet (but you can wishlist it here) nor is there any indication that I Love You, Colonel Sanders! will appear on other platforms just yet, but we're excited about the possibility this opens up to date other fast food icons. Wake us up when The Hamburglar Stole...My Heart! is on the store.