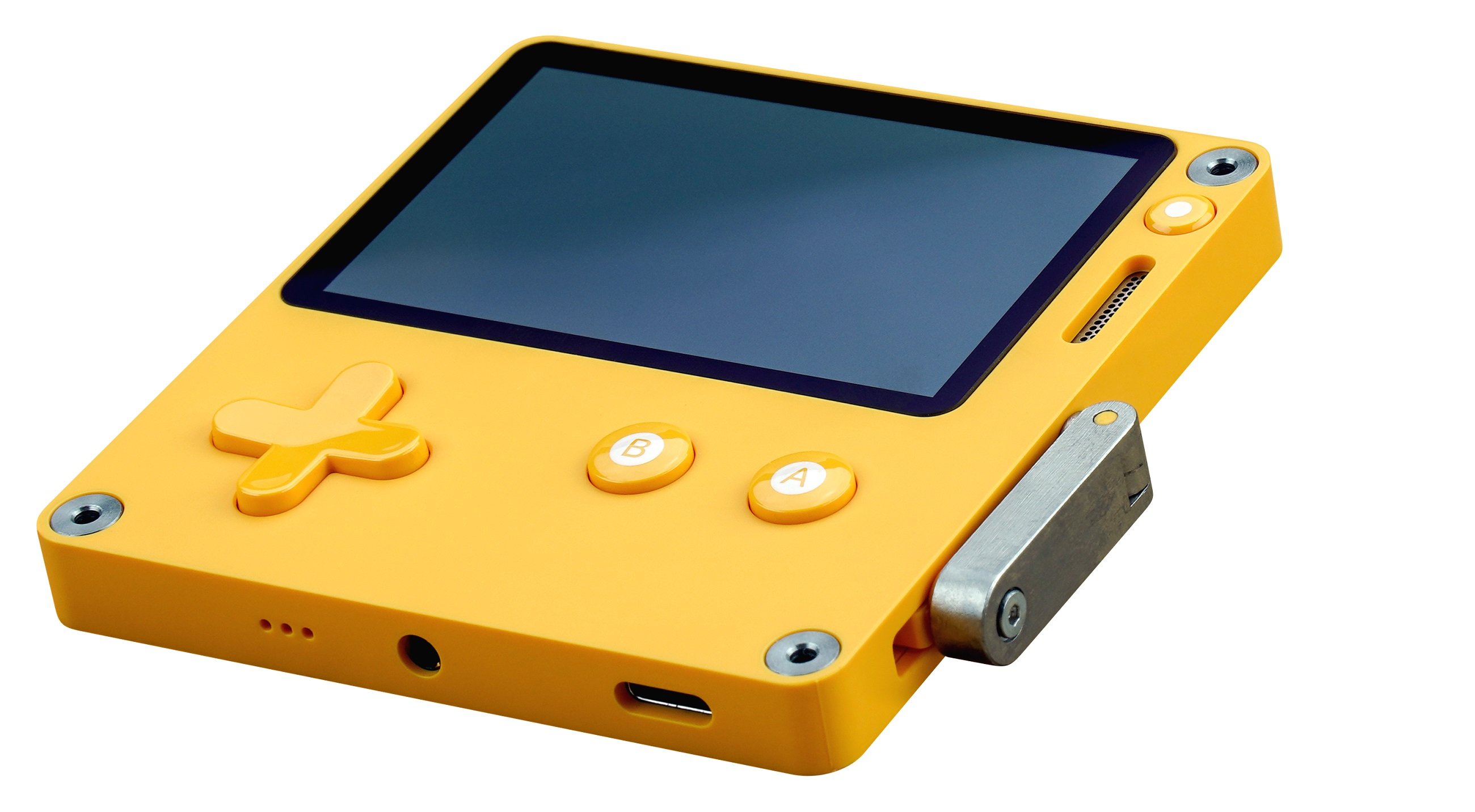 At PAX West 2019, we had the opportunity to speak with Greg Maletic, Director of Special Projects at Panic. At the show, Panic showcased two of their newest offerings including Untitled Goose Game (which they’re publishing), and Playdate. Untitled Goose Game is an adorable indie where you play as a mischievous goose and we couldn’t be more excited to play it on September 20.

Meanwhile, Panic had a demo available for Playdate, a handheld console with a working crank. Eager to learn more about Playdate and the features that help set it apart from other handheld devices, we interviewed Greg Maletic at PAX West 2019. Curious about Playdate? Let’s crank it up and take a closer look!

To kick things off, could you introduce yourself and what you’re showing here at PAX West?

Greg: I’m Greg Maletic and I’m the Director of Special Projects at Panic and we have two things that we’re showing off at PAX West this year. We’re showing off Untitled Goose Game, it’s coming out on September 20th for Nintendo Switch, and Mac and PC via the Epic Game Store. We’re also showing off Playdate, which is our new handheld console that we announced back in May. We’re showing it off here in person for the first time and showing off one of the games.

Can you tell us a little more about Playdate and the game that’s available to demo?

Greg: It’s a small handheld game [console]. It has a black and white screen – which is kind of weird – and also it has a crank which is even weirder. In this case, you use the crank as a game controller, it doesn’t power the device. We’re showing off one of the games by Keita Takahashi who did Katamari. This is his newest game, it’s called Crankin’s Time Travel Adventure. We’re showing it off here [at PAX West] and people are playing it in the booth.

What other games will be available for Playdate?

Greg: When you buy Playdate you get the device, but you also get what we’re calling a “Season of Games.” The Season of Games is 12 games that you’ll get once a week. Every week on Monday, there’s a little LED on top of the device that will light up signifying that you have a brand new game waiting for you. It will be a surprise game from a prominent indie developer; Keita Takahashi is obviously one of them.

We also have Zach Gage who is doing a game, and Bennett Foddy, and Shaun Inman, and there will be others that we’ll announce. For 12 weeks, you’ll have these games that are delivered to you one-by-one, and that’s how you’ll get your games on Playdate. After that, we will hopefully do more seasons. We’ll also have a public STK that anyone can download to write games for Playdate and then distribute it on their own without any involvement from us. It’s going to be a very open device.

What was the decision behind adding a crank to Playdate?

Greg: We partnered with a company called Teenage Engineering. They’re a Swedish design firm that make amazing synthesizers and audio products, and they sent us a rendering for what they thought [Playdate] would look like. We had a basic idea, we knew we wanted it to have this screen and a d-pad and two buttons, but then they sent this back and it had the crank on the side.

The second we saw the crank we were like, “We have to have that!” It was exactly the weird, different thing that we wanted to make this [device] stand out and feel like something people hadn’t seen before. Right now, we’re actually in the midst of our final redesign on the crank and we’re hoping that’ll be it and we’ll have finally nailed the durability because we will not ship it until the crank is bulletproof.

Why does Playdate only come in yellow? Why is this the only color option?

Greg: One of the co-founders of Panic – his name’s Cabel Sasser – is a huge Nintendo fan and a huge Nintendo collector. He has one of the original Famicom disc systems from Japan, and in Japan there was a mechanism for shipping NES games on floppy disc. That disc was exactly this yellow. So, he pulled that out and said, “I think Playdate should be this yellow.” That’s exactly what we’re doing.

Do you think there’s a niche spot for Playdate in a world full of mobile, touch screen devices?

Greg: I think there is. Phones are amazing, they do incredible things and I couldn’t live without mine, but at the same time I do think there’s room for things that have different ways of interacting beyond just touch. I know I certainly miss d-pads and buttons on my phone when games try and emulate that kind of functionality. I’d like to see more physical devices that can exploit the ability to be interactive with them in different ways.

Who do you think the target audience for Playdate is?

Greg: It’s mainly targeted towards the PAX West crowd. Obviously this is very broad, but they aren’t kid’s games and they aren’t adult games either. They’re kind of inbetween. I think it wouldn’t be appropriate for young kids as they may not be totally on board with all of the games. We have one that’s sort of film noir-ish that may not resonate the same way with a 5-year-old that it would with someone who’s in their 20s or 30s for example. That said, everything we release is appropriate for kids, but we’re targeting a more mainstream gamer audience and also an indie gamer audience as well. Someone who wants something a little quirkier, a little different.

Tell us about the screen for Playdate. Why is it only in black and white?

We started doing the black and white screen because we wanted to emulate, initially, a Nintendo Game & Watch game. That was our initial inspiration. We were going to try and do something that was basically a knockoff of that concept, but then it kept on growing and growing in our minds to do something more, and it became a full-fledged game console at that point.

All along, we liked the screen and liked how it looked and we liked the fact that it was different than what you’d get on your phone. If we just put a phone screen in it – I mean, that would be nice – but you already have that screen in your pocket. We thought by doing something different, it would challenge developers to do different kinds of games and the games would feel different to gamers.

What’s the battery life of Playdate for a single charge?

Greg: We don’t quite know yet. We think it’s going to be pretty long. Right now as we change the firmware around it goes up and down. We’re hoping for at least 3 hours of gameplay on a charge. I think we’ll be able to make that pretty easily.

What are some of the other features people should look for on the Playdate console?

Greg: We’ve got a USB-C on the bottom, a headphone jack, a microphone, a built-in speaker. [At the top] we’ve got a menu and pause button, and then we have a lock button that is an iPhone-style kind of power switch. It turns it on and off.

What’s the main reason people should go out and purchase a Playdate?

Greg: The reason you should get a Playdate? If you want a different experience than what you’re getting with the games you already have. And that’s not to put down the games you already have like, I have a Nintendo Switch and a PS4 and they’re amazing and I play them all the time and I love my iPhone too, but this is something different. I think you kind of know immediately whether you’re a Playdate person or not. If you see this, and this looks like fun to you, it’s probably the right thing for you.

When is Playdate expected to release?

Greg: We’re hoping to go live for pre-orders by the end of this year and then be shipping in early 2020. The price is $149 (USD), that gets you the device plus 12 games (Season of Games). If you’re interested, you can go to our website right now and you can sign up for our mailing list and we’ll notify you as soon as pre-orders go live.