Check the full patch notes to see which characters received balance changes in the 5.0.0 update for Smash Ultimate. 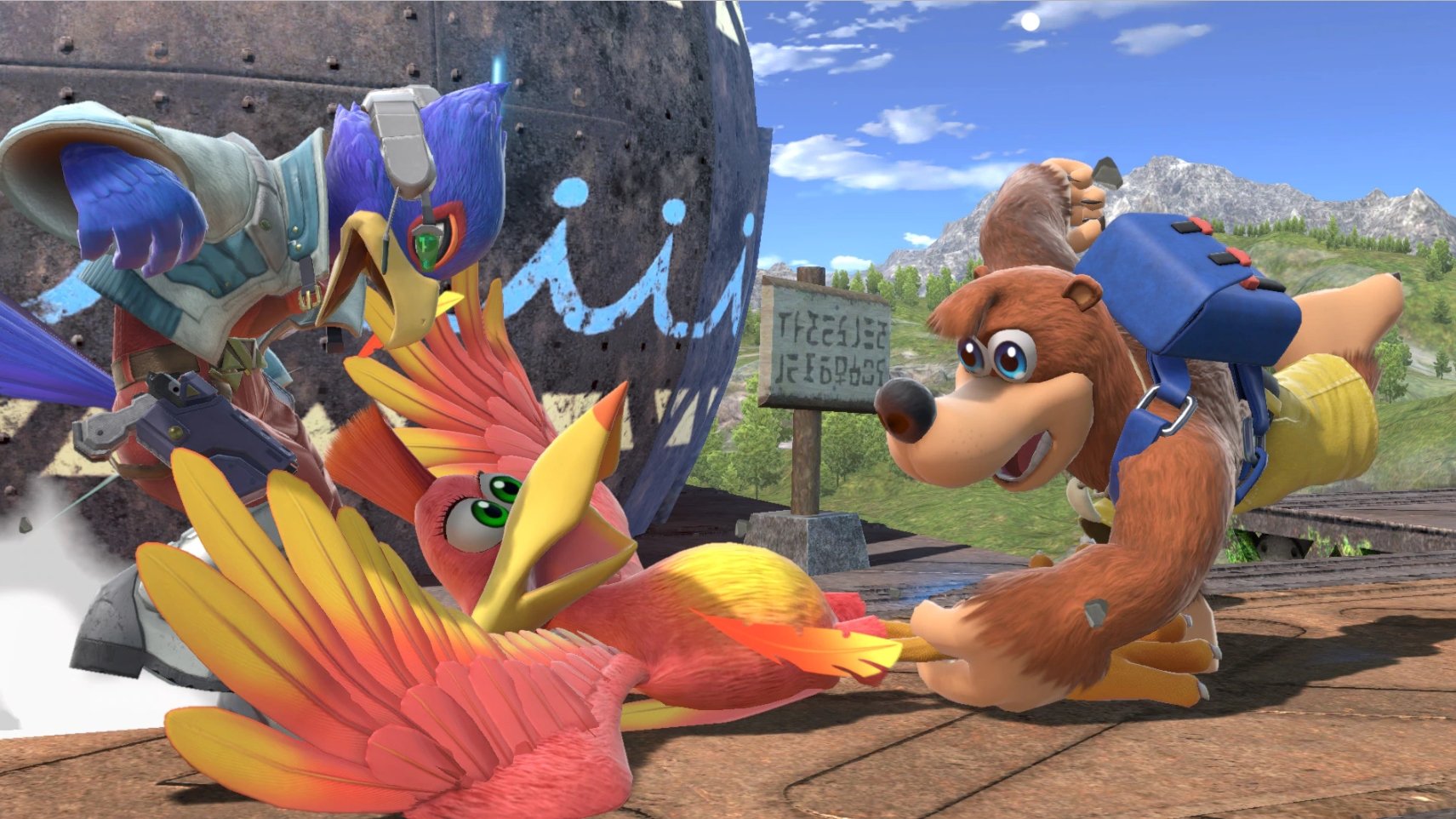 How to switch shoulders in Ghost Recon Breakpoint

Ghosts are ambidextrous, but everyone has a preference so learn how to switch shoulders in Ghost Recon Breakpoint.

The wait is now over. As of last night’s Nintendo Direct, Banjo & Kazooie are now available as a fighter in Super Smash Bros. Ultimate. Nintendo has worked hard to keep their playstyle authentic to the classic N64 game, as you’ll see when you take a look through the full Banjo-Kazooie moveset detailed below.

Unlike the Ice Climbers duo, Banjo & Kazooie are a fairly heavy pair in Smash Ultimate, and deal hefty damage and knockback. They have a coupld of projectiles and can jump two times in the air.

Kazooie launches an egg forwards that bounces several times. Hold down B to continue firing eggs in a straight line, even while moving. Cancel by crouching or pressing shield.

Banjo-Kazooie charge forwards, pushing through many attacks. It has five uses per stock and can be shielded or grabbed.

Up B: Shock Spring Jump

Banjo-Kazooie launch upward with the Shock Spring Pad. Hold the button to jump higher. You can use double jump after activating it. The pad can also hit opponents as it falls or even be picked up and thrown.

Down B: Rear Egg

Kazooie fires a bouncing grenade egg behind them from the backpack. The grenade can be picked up and thrown but the timer is very short. The grenade is shaped like a rugby ball, making it difficult to predict the bounces.

Banjo-Kazooie summon a statue from the ground in front of them. Anyone hit is impaled by the Jinjonator, dealing massive damage and knockback.

That's the full moveset list for Banjo-Kazooie in Smash Ultimate, including special moves and their Final Smash. Want to see them in action? Watch the showcase by MasterOfHyrule above or the introductory video by Smash Ultimate director Masahiro Sakurai himself. How are you finding Banjo & Kazooie in Super Smash Bros. Ultimate? Let us know in the comments below!