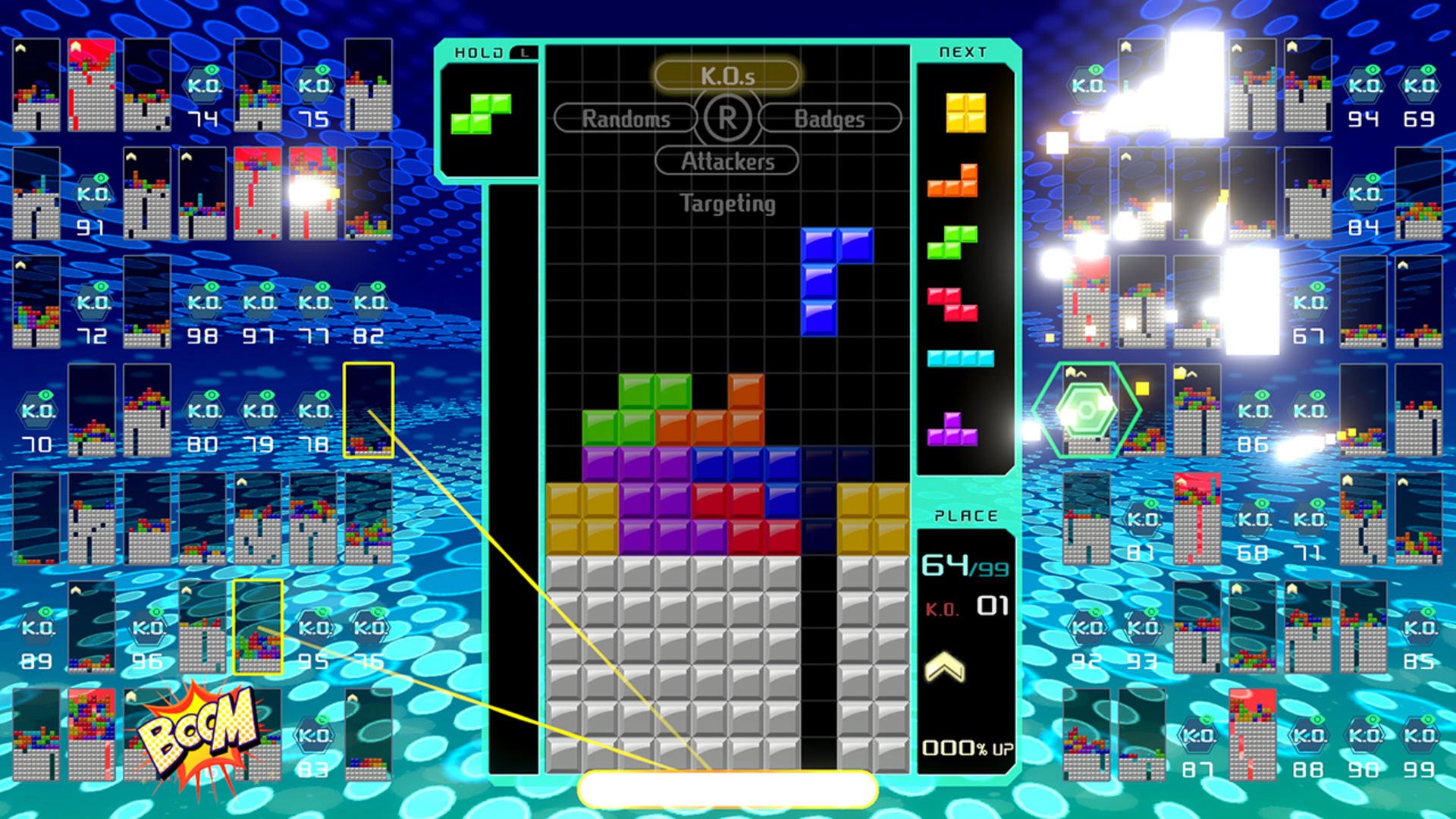 It releases the same day as Doom Eternal.

During the Nintendo Direct event on September 4, new DLC for Tetris 99 was confirmed. While the entire announcement was exciting, the highlight was undoubtedly Tetris 99 Invictus which will be available as part of a free update. Only players who’ve achieved Tetris Maximus (getting 1st place in Tetris 99 at least once) will be able to access Invictus.

Free and paid DLC is coming to Tetris 99 in September with both updates introducing a wealth of new content to the game. In addition to new game modes like Invictus and daily missions for players to complete, local multiplayer is officially coming to Tetris 99 and people are hyped. Multiplayer for up to 8 players will be supported, and a 2-player share battle will allow for local co-op sessions.

Given the rise of Tetris esports in events like the Classic Tetris World Championships, we’re eager to see how Tetris 99 multiplayer shakes things up. We’re also eager to compete ourselves because, if we’re being honest, we can’t stop playing Tetris 99. For those unfamiliar, Tetris 99 is only available to Nintendo Switch Online subscribers.

If you have NSO, Tetris 99 is free and offers “battle royale” between you and 98 other players. A physical version will be available for purchase starting on September 6 that includes the Big Block DLC which offers CPU battles, a Marathon mode, and a 12-month subscription to Nintendo Switch Online. With the new updates confirmed today, there’s even more reason to pick up Tetris 99 if you haven’t already!

After hearing about the updates for Tetris 99, we’re curious what your thoughts are. Are you planning to check out the game’s expanded multiplayer? Do you plan to purchase the physical edition in order to see what all the buzz is about? Let us know down in the comments below, and stay tuned for more Nintendo Direct coverage here at AllGamers!