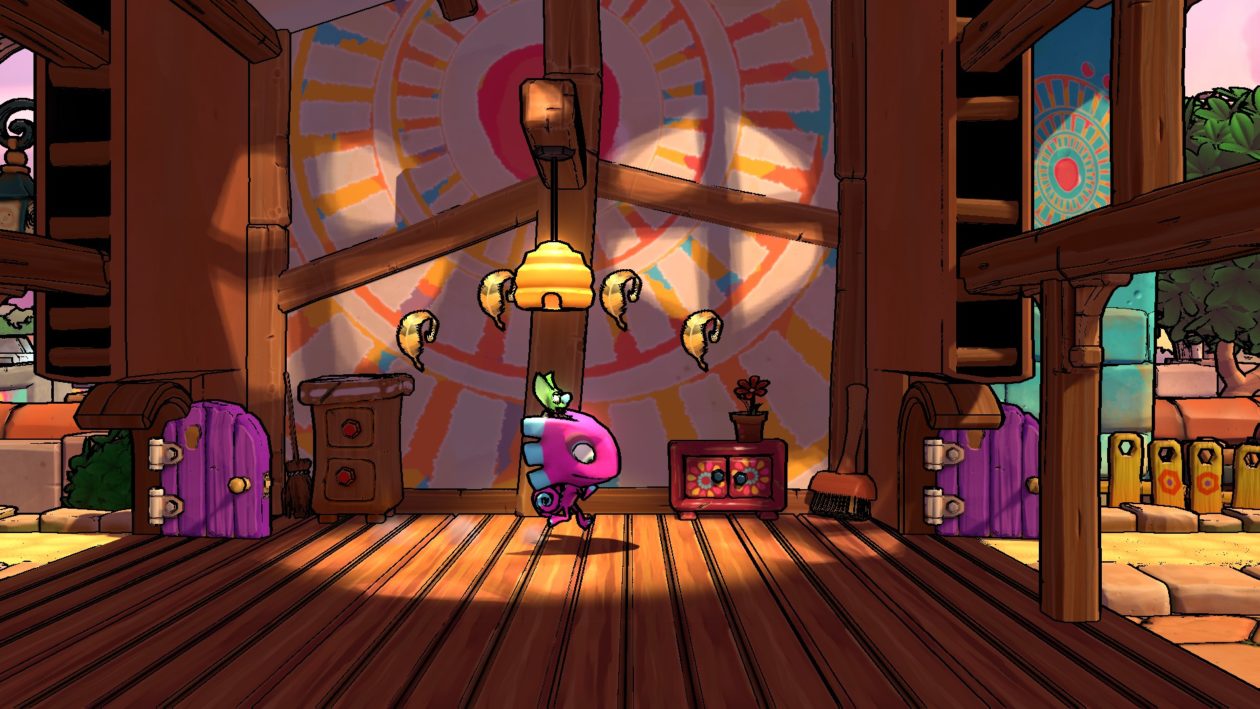 Yooka-Laylee and the Impossible Lair gets October release date

The FBC could do with some cleaning, so follow our guide to find all mold sample locations for the Old Growth side mission in Control.

Playtonic’s Yooka-Laylee and the Impossible Lair now has a release date of October 8 on all platforms.

The platforming sequel takes the chameleon and bat duo on a quest to save the bees of Queen Phoebee’s Royal Beettalion Guard from the sinister Capital B (there are a lot of Bees).

Changing up the formula from the first game, Yooka-Laylee and the Impossible Lair swaps 3D platforming for Donkey Kong Country-style 2D antics. There’s also an overworld to scamper about between levels, in which you can interact with the denizens of Queen Phoebee’s domain, or even ask for their help to reach new areas.

Returning from the first game are transforming Tonics which shake up the way you play by changing Yooka-Laylee’s powers or the world around them. This latest trailer gives us a good glimpse at a Tonic to enable the classic big-head mode, which has been sorely missing from recent gaming years.

There are over 60 Tonics to collect in total, with publisher Team17 listing a few options as “infinite rolling, harder enemies, and super speed, as well as unlocking new environmental and visual effects!” Included in the visual effect Tonics are retro GameBoy and cell-shading filters.

Pre-orders are now open if you want to secure your interest early and snag four exclusive Tonics with cosmetic effects. Here’s what you get if you do: Large Head Tonic, Glow Worm Tonic, D.I.S.C.O. Tonic and Yooka 64!

Previous trailers have also shown off fancy level-transforming mechanics on the hub world that drastically alter the state of levels that you enter. In one example a factory level is flooded, letting Yooka-Laylee swim about to explore previously unreachable zones.

Yooka-Laylee and the Impossible Lair is due to release on Nintendo Switch, PS4, Xbox One and PC on October 8. Which platform will you be picking it up on? Let us know in the comments below!