Find out whether you can play co-op multiplayer in Man of Medan. 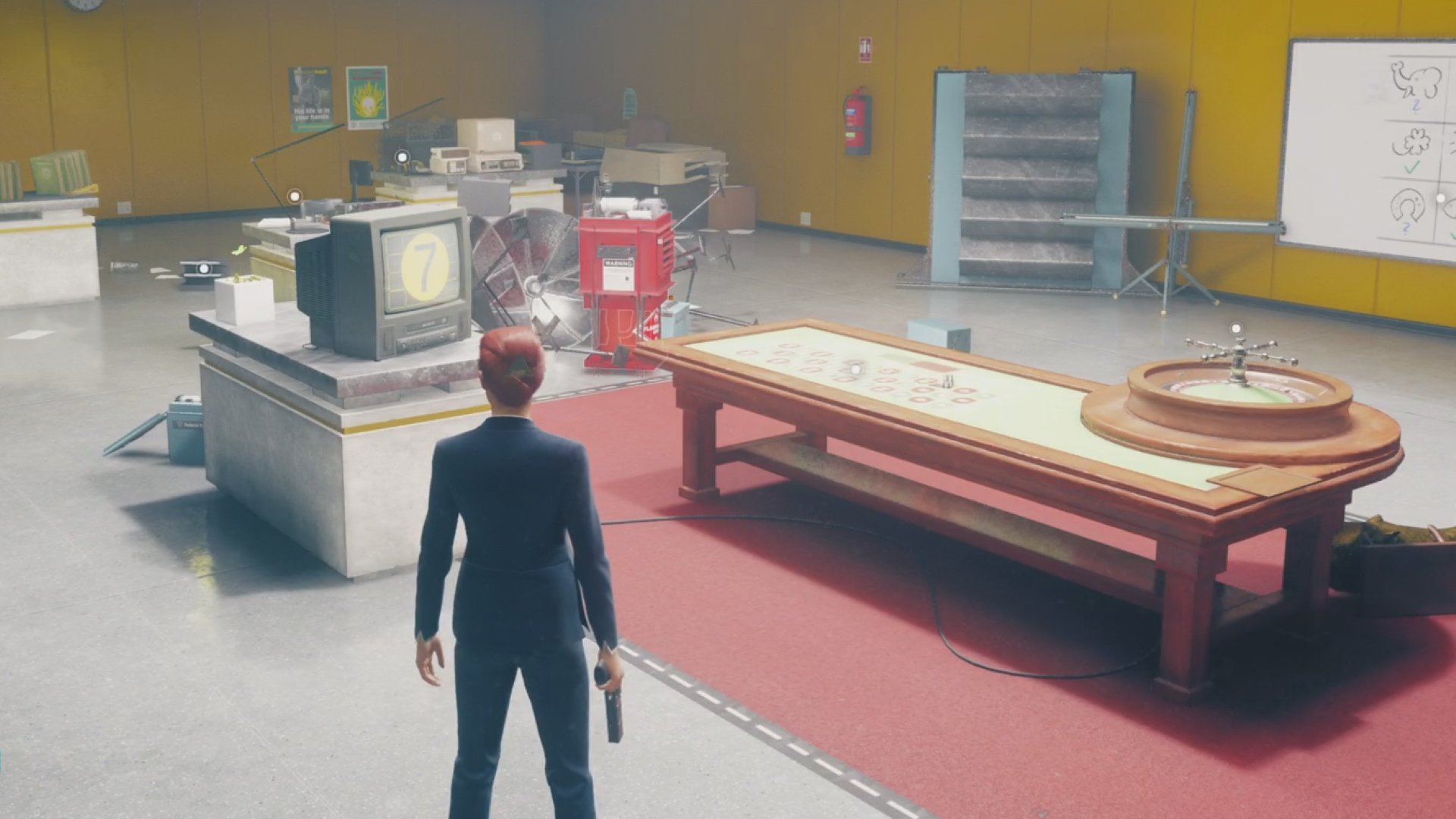 Yakuza 7 moves the series to Yokohama with RPG-style fights and a new protagonist.

Your battle with the Hiss in Control will take you through many different sectors of the Oldest House. Scattered throughout those bizarre corridors are puzzles for Jesse to solve, the most confusing of which is certainly the Luck & Probability puzzle found in Control’s Research Sector. Even with a whiteboard hint, it can be tough to know how to solve this particular puzzle, and if you mess it up, bad things happen. To help you out we’ll explain the Research: Luck and Probability puzzle solution in Control below.

You’ll find the Luck & Probability room in the Research sector of Control’s map, most quickly reached from the Ritual Division fast travel point. Inside the room are several interactable objects, including a roulette wheel which, when spun, causes numbers to flash up on the nearby screen. Solve the puzzle correctly and you’ll earn Ability Points and a new Golden Suit outfit to wear.

Your aim is to land on a seven, and to achieve this you’ll need to manipulate the luck of the room by interacting with and moving certain lucky objects. The clues for how to do this are given on the whiteboard next to the roulette wheel, as well as by a couple of notes you’ll find in the room. Even then, it can be tough to know what you need to do, so we’ll lay it out the steps clearly below.

According to the whiteboard there are six items that need to be in the right orientation before you spin the wheel: an elephant, a cat, a lucky four-leaf clover, lights, a horseshoe and a fish. Here’s how to arrange them all:

Start by turning on every light in the room. There are four in the area with the roulette wheel, so make sure you don’t miss any. Next, head out to the office area. The elephant is to your left, but you can’t move it, so instead leave it be. Make your way around the desks to find the horseshoe. This needs to be facing open end upwards to stop the luck from draining out of it. It should be this way already, but if you’ve interacted with it, make sure to return it to the upward orientation. Against the back wall you’ll find a four-leaf clover in a small pot. Interact with it to pick it up as you’ll need this later.

On the other side of the elephant desk, you’ll find a lucky cat figure. The manifest says it needs to have its paw upright, but you actually want it moving to beckon customers, so activate it. Now look for the large fish figurine at the desk close to the double doors. Use Launch to pick this up and carry it into the roulette wheel room. The whiteboard says this needs to be within two feet of the wheel, so carefully place it nearby on the red carpet (you can use Square on PS4 to drop items gently). Finally, place the lucky clover in the plant pot on the table with the TV screen.

You’re now ready to spin the wheel, but there’s one last step to remember. The whiteboard shows an X next to a figure standing on a rectangle and a tick with one standing off it. This means you need to spin the wheel then step off the red carpet quickly. Do it right and you’ll be rewarded with the lucky number seven, Ability Points and the Golden Suit outfit. Mess up and something odd or bad will occur in the room.

Here’s a recap of each requirement for the Lucky and Probability puzzle solution in Control:

Follow the steps detailed above for the Research: Luck and Probability puzzle solution and lady luck will be on your side in Control. Now that you have a new snazzy outfit to wear, make sure you know how to equip it. Want to see the rest of the costumes in Control? Take a look at our Outfits guide by clicking here!