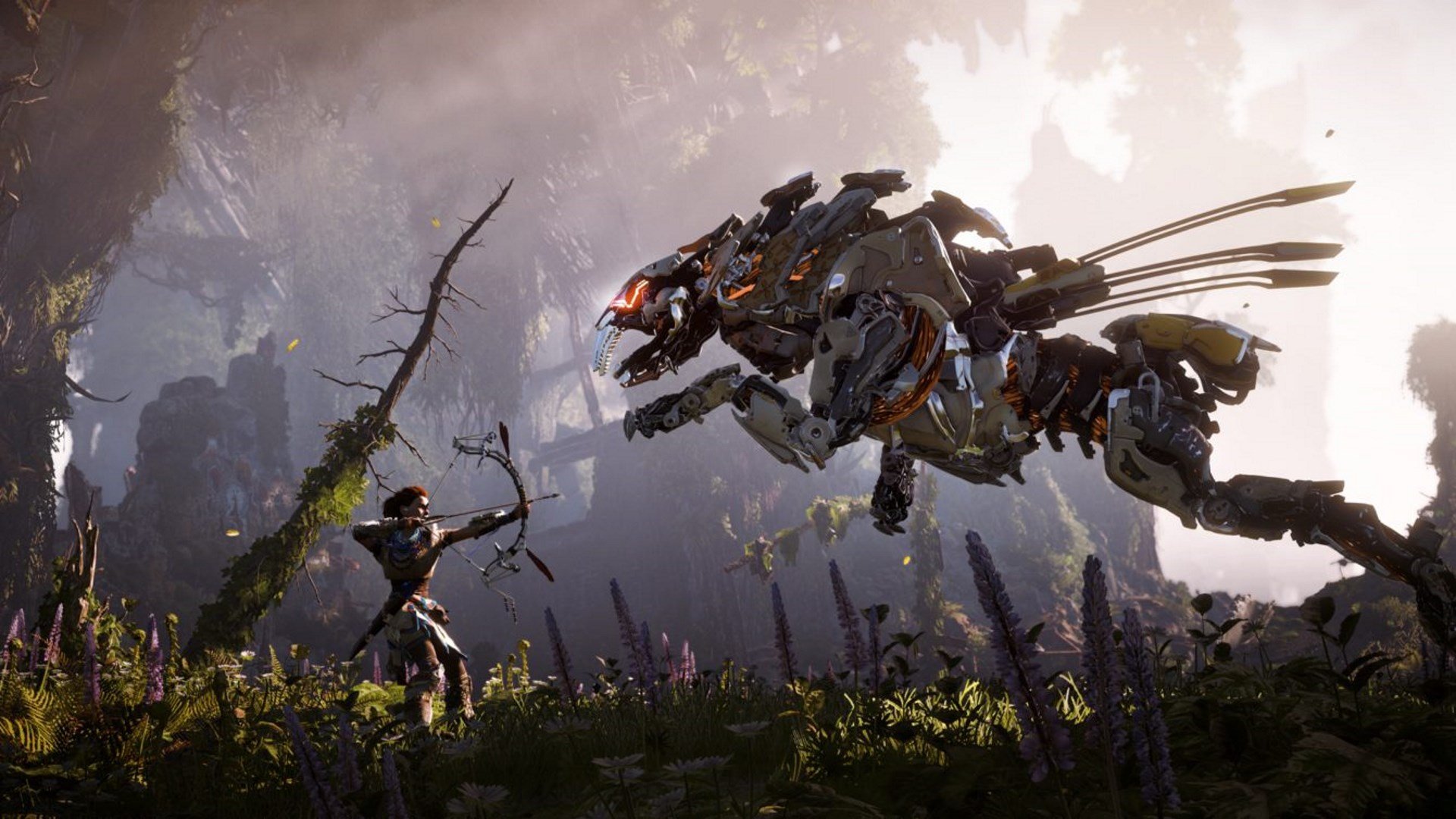 All this week we're running down our Top 20 Games of 2017. Following on from yesterday's 10-6 (or was that 10-5?) run, we’re diving right into the real contenders for the throne by breaking into the top five. In a year less stacked than this one, any of these titles could have taken the crown, which just goes to show how hot the competition has been — and just how lucky we are as gamers! Read on to discover the first four of our top five games of the year, and make sure to check back tomorrow when we’ll reveal our choice for 2017's Game of the Year.

Platinum Games are masters of the 3D action hack-n-slash, but after the likes of Bayonetta and Metal Gear Rising: Revengeance, few expected them to produce one of the most heartfelt and touching games of the year. It’s fair to say that Nier: Automata is unconventional, requiring multiple playthroughs of its 20 hour length to truly uncover the nuance and hidden delights in both gameplay and story. It’s also a game of beauty, relaying a tale of unexpected humanity through undying androids on a ruined world. Nier has deservedly earned a cult following, thanks in no small part to Yoko Taro, the game’s eccentric lead writer. It's also important to note the exceptional musical score, composed by Keiichi Okabe, which accompanies your journey and really ramps up the tension in key boss battles.

The less said about Nier’s surprises, the better, but we will say that while it may be a third person action game, you'll also swap between top-down, side-on and even bullet-hell gameplay as you progress. There aren’t many titles made in this style, so it’s important that they're given the credit they deserve. Nier is a bizarre and unique treat, but one well worth investing in for fans of the genre.

The world of Horizon Zero Dawn is a refreshing take on the post-apocalyptic world, without a desert or ruined cityscape in sight. Instead, the land Aloy explores is breathtakingly beautiful, a harmony of nature sprinkled with memories of a world long lost. The realistic style draws you in irrevocably, helping creating a sense of just how valuable life is — a cornerstone in the narrative. It helps that game itself is pretty spectacular, too. Stalking the world’s animal-like machines, traversing frosted mountains and negotiating between different factions as the bold and entertainingly sarcastic Aloy (wonderfully brought to life by Ashly Burch) is rewarding throughout. In a year packed with stellar games, Horizon Zero Dawn confidently earns its place with the cream of the crop.

An Early Access release forcing its way into Game of the Year lists industry-wide ought to be testament enough to the game's success, but PUBG deserves more recognition than that. The premise might be simple — throw 100 players onto an island, last player standing wins — but with the Battle Royale format, PUBG has effectively established a new genre of gaming, and one that looks set to shape development attitudes for some years to come. With over 20 million copies sold, big studios like Activision and Valve are already scrambling to take advantage of the genre’s popularity, and you don’t have to look far on the iOS or Android stores to find scores of PUBG clones.

But what of the game itself? When you play it, it’s hard not to feel the hook. PUBG is punishing, and death can often come on sudden and unnexpected. But as the circle shrinks and player numbers dwindle, it generates a tangible sense of tension few games can rival. Rifling through buildings as you traverse the game’s enormous maps creates a slower pace that helps to punctuate the brief and deadly bursts of action. An epidemic that’s engulfed the globe, PUBG seems to have infected everyone it touches. The only respite? Earning that oh-so-tasty winner winner chicken dinner.

Mario’s Switch debut is quite simply unbridled joy in a box. After the storming success of Breath of the Wild, Odyssey could have been merely okay and Nintendo would have still gone down as having a great year. Instead, once again Nintendo pulled out all the stops, producing a title so unremittingly fun that it could quite comfortably have taken the top spot for itself. Every aspect is a labour of love, from the orchestral soundtrack to each world’s lively inhabitants. Demonstrating Nintendo's expertise in the genre, Mario is an utter delight to control, and Cappy’s powers open up a whole new playground of abilities to mess with and work into puzzles. Most impressive of all, Nintendo even managed to put Mario in a world of ordinary, real-world people, and have it not just work, but somehow become the game’s best level. New Donk City’s Festival had us grinning from ear to ear, and it’s a level we can see ourselves returning to for years to come. Mario may have skipped out on the WiiU, but Odyssey proved the wait was more than worthwhile with this exemplary return on the Switch.