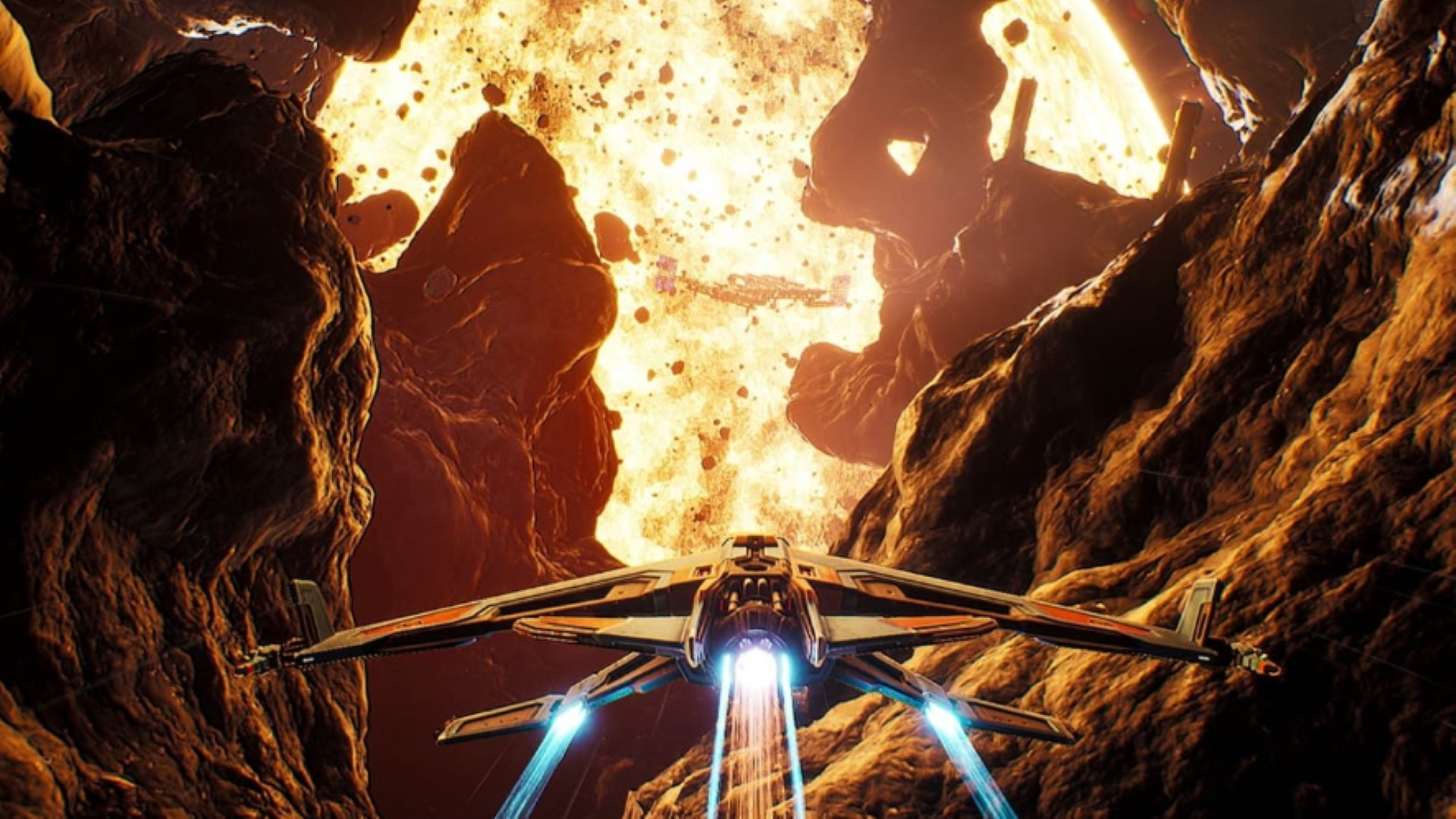 As the studio hinted just a few days ago, ROCKFISH Games has been hard at work developing Everspace 2, the sequel to their roguelite space dogfighter.

The reveal trailer shows more footage of snazzy spaceships jumping between areas of space, but crucially this time we’ll also be able to explore the surface of planets. Check out the sandy deserts shown in reveal trailer below:

It's very pretty looking, and we've no doubt the story will be just as tricksy as the original game. The official website has plenty more high-res screenshots to gawp over, as well as a brief description of the new game:

“EVERSPACE™ 2 is a fast-paced single-player space shooter with deep exploration, tons of loot and classic RPG elements. Experience a thrilling story set in a vivid, handcrafted open-world full of secrets and perils on your journey to become human after all.”

According to the game’s Twitter account, Everspace 2 will be an open-world singleplayer title, mixing dogfighting with RPG elements and plenty of loot as you hop between areas. We'll have to wait quite a while to get our hands on it unfortunately as Everspace 2 isn't due to release until 2021.

The Everspace 2 announcement came as part of the opening ceremony of Gamescom 2019, Opening Night Live. This is the first such keynote stream, organized by industry veteran Geoff Keighley, and has some of the heft of an E3 presentation if not all of the exclusives.