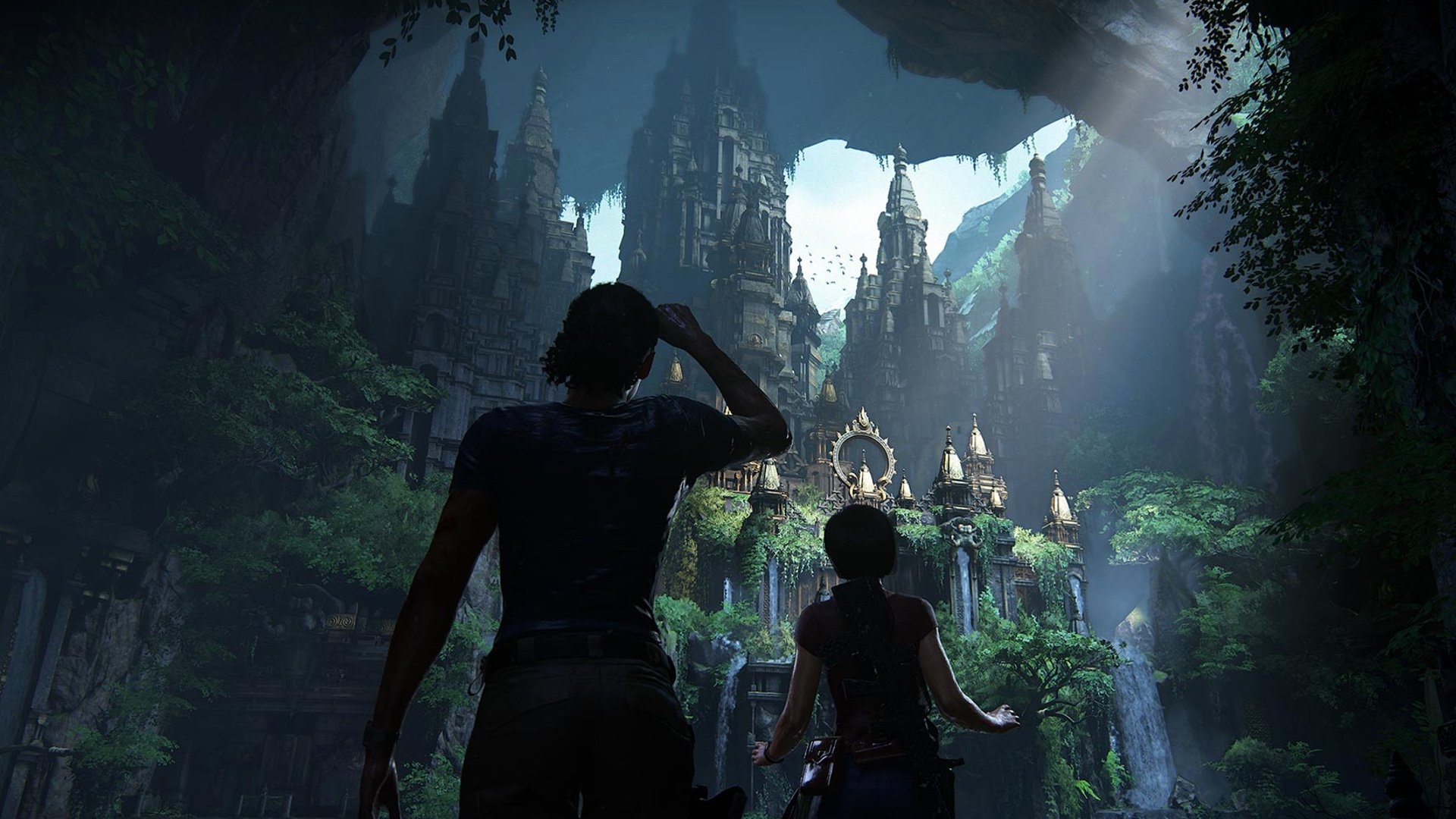 Uncharted: The Lost Legacy was an unsung hero this year

The tail end of the year is often a good time to catch up on games that may have slipped through the cracks during more hectic periods, and so it was a few weeks ago when we scrolled through our PlayStation 4 game library and noticed the words "Uncharted: The Lost Legacy" twinkling promisingly. Minutes later we were clambering over rooftops in the midst of a civil war, while Claudia Black's Chloe Frazer swapped barbs and wisecracks with Laura Bailey's Nadine Ross, the South African mercenary from Uncharted 4. Eight hours later, we were staring at the end credits, reflecting on one of the best games we've played all year.

Uncharted 4 was the first installment of the ledge-hopping Indiana Jones-inspired action series that had been directed by anyone other than Naughty Dog alumnus Amy Hennig, and in many ways it was about bringing down the curtain on Nathan Drake's adventures. The Lost Legacy, written by Shaun Escayg and Josh Scherr and directed by Escayg and Kurt Margenau, suggests that should Naughty Dog decide to continue the series without its traditional protagonist, it will have surprisingly little difficulty making the transition.

Whether it will do so with Frazer and Ross is up for debate, but the developers could do much worse. Claudia Black upgrades Frazer from sardonic co-adventurer to lead with considerable ease, and the odd couple tie-up with Laura Bailey's Ross proves inspired, as the unlikely duo are drawn into a quest to locate the Tusk of Ganesh, a sacred artifact of a lost Hindu people. A union of convenience, Frazer and Ross get to start off spiky and grow into a team over the course of the game, swapping stories as they climb, shoot and drive around solving ancient riddles to inch closer to their prize. You'll be sorry to see the back of them when the game ends.

The Lost Legacy is shorter than a typical Uncharted adventure - and priced accordingly - but if Naughty Dog originally planned to pitch this at a lower level then their pride clearly took over, because the production values are every bit as impressive as anything else in the series. This is a stunning game to look at, and the developers drag every possible Uncharted party trick out of the bag to make the Western Ghats and the traditional hidden civilization locations feel authentic and magical. Most of the scenarios are updated ideas from elsewhere this series, but they are all given a makeover, and any familiarity is welcome rather than contemptuous. When Frazer and Ross end up criss-crossing a beautiful valley in a jeep seeking puzzles and relics, for example, it recalls similar ideas in Uncharted 4, but that doesn't stop you enjoying the temples they find and break into.

This part of the game is worth dwelling on, in fact, because it signals a break in pace from the levels either side of it, which are built around the more traditionally linear rhythms of platforming, gunplay, puzzles and story. The jeep episode encourages you to spend more time in a single large location and even has a sprawling side quest, which turns out to be well worth completing. This is a bit of a departure for the series as a whole, and suggests Naughty Dog could risk being a bit more expansive in its approach in future. Our inner cynic supposes it may have been bulked out this way to add relatively cheap heft to a game whose price needed to be increased to justify the resource-hungry ambition, but whether by accident or design, this section really works.

The rest of Lost Legacy's core mechanics are much the same as Uncharted 4, right down to things like the tow cable on the jeep being used to open doors, but thanks to the slim runtime they aren't given room to become repetitive. We're not ashamed to say we stuck the game on its lowest difficult to avoid wasting too much time on combat, which never really feels that compelling to us in Uncharted games, and the experience still felt rich and interesting.

Climbing around in Uncharted games is what we love more than anything, anyway, and The Lost Legacy has more than enough amazing things to climb. How do you top the City of Gold in Uncharted 2, the titanic ocean graveyard of the third game, or just about every level in the fourth? The Lost Legacy has at least one grand reveal and jaw-dropping climb to join that pantheon. Going into too much detail would be a hefty spoiler, but it shows Naughty Dog in total control, combining incredible vistas, unusual terrain and environmental storytelling with unapologetic ease. Just writing about it makes us want to fire up the PS4 and revisit it.

Some elements of the game inevitably feel smaller in scale. The stakes aren't really that high for once, with nobody to rescue and nothing much on the line until right at the end, but in many ways that's a blessing for a game that wants us to get used to a different pair of characters. As a vehicle for their emergence, it's exactly as it should be.

Where next for the Uncharted series, though? Naughty Dog could persist with Frazer as the lead, but having proved it can shift the focus around without losing step, why not explore other possibilities? Frazer and Ross are hardly the only capable women in this series, and there's surely room to explore different time periods. The series antagonists have also been relatively one-note to date - what could be done to change that? After A Thief's End suggested time was up, suddenly it feels like there's more left to say. The Lost Legacy is a great adventure and one of the relatively unsung successes of 2017, but perhaps its best trick is cuing Uncharted up for a proper reboot. We'd love to see it.