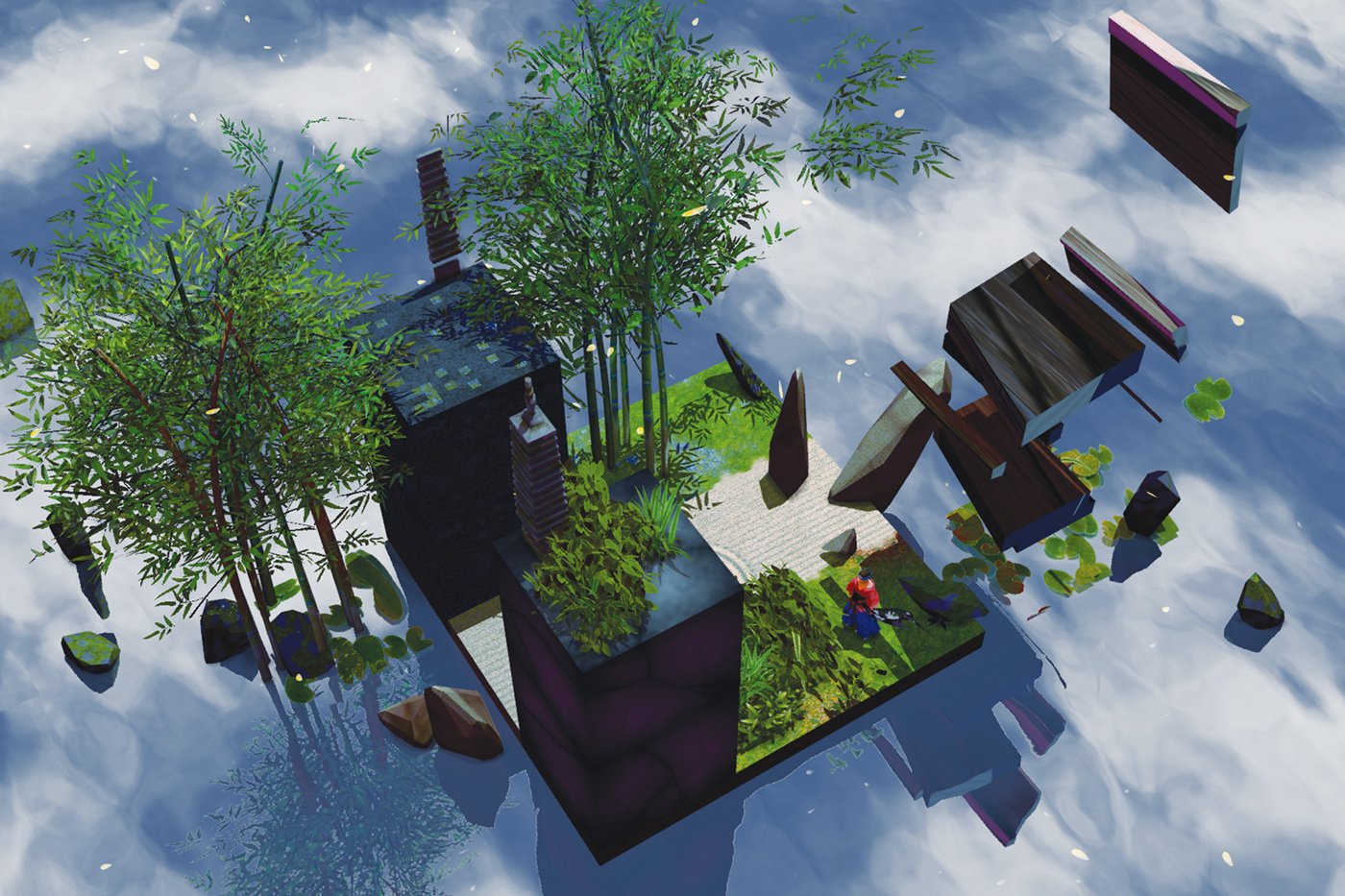 Being an indie developer is a double-edged sword, you have the freedom of designing and releasing any type of game you want without having a publisher breathing down your neck, but you also have no strict deadlines to work to other than what is imposed by your own motivation and dedication.

Sometimes it can take years for an indie game to be released, through no lack of motivation or dedication, but simply by way of a small team. I’ve had my eye on a handful of titles over the past few years, and while there’s no hard release date yet, these are some of the indie games I can’t wait to see adopted by the gaming community at large.

It’s worth noting that this list doesn’t include any “AAA” indies such as Cuphead, PlayerUnknown’s Battlegrounds, or We Happy Few, but instead focuses on some of the smaller games you might have missed.

This deceptively-named title isn’t about building a pillow fort, though it certainly captures the creativity required in making one. Pillow Castle is an indie game about using forced-perspective to solve puzzles. As described in the video below, force-perspective is often used in photography, with one of the most easily recognizable examples being the Leaning Tower of Pisa.

In Pillow Castle, players can grab an object which will change in size depending on the perspective. Pick up a tiny chess piece, hold it up to the horizon and it will look as if it’s a hundred feet tall – because it is. Similarly, grab the moon and drag it down to you and, depending on the distance you release it, that’s how big it will be.

Though there’s been no progress updates on Pillow Castle, the official site states that the game is “quietly under development”.

Routine is one such game that has succumbed to the double-edge sword of indie game development. With the freedom to see their vision come together, the team at Lunar Software has been hard at work crunching to get their sci-fi horror title out. At the start of 2017, a trailer revealed that Routine would be launching on March 2017, a date that has come and gone, without any sign of Routine.

Were this a triple-A title, there would be proverbial heads rolling or a game released that didn’t maintain the artistic integrity of those who have slaved on delivering their vision. In the case of Routine, this delay – though tough for the waiting fans – is more often than not, met with positivity and understanding. Even the usual cesspool that is YouTube comments is full of fans letting the developers know it’s okay, that they haven’t paid anything yet, and they’re just glad the dream is still alive.

Set on a seemingly-abandoned Moon Base, Routine tasks the player with either escaping the base or searching for clues. The survival horror element comes into play when the robot denizens of the base begin to attack, and so fighting or running are the two available options.

For fans of games such as SOMA, Prey, and >Observer_, the 70’s stylized environment of Routine and its survival horror elements will be a welcomed addition to a gaming library.

Think of the Children

Simpson’s quotes aside, Think of the Children is an arcade-style game that is the first to use the word “parent” as a verb. Developed by a small studio in Brisbane, Australia, Think of the Children tasks players with one primary goal: keep your children alive. What seems like a simple tasks becomes increasingly challenging when you realize that children are a menace who don’t stay in one location for long.

Whether you’re at the park, grocery shopping, or visiting a zoo, the children you are taking care of need your undivided attention, which becomes a problem when you’re also trying to ensure the barbecue is still firing and the picnic table is being set. Before long, Think of the Children will have you running around, dragging children off the road, stopping them from touching the electric fence, or slapping poisonous berries out of their hands.

Think of the Children has a release window of Q3 and is currently offering a beta for anyone who wants to try it out – which, you definitely do.

So far we’ve had survival horror, arcade, and puzzle games on this indie game list, but fear not those of you who appreciate a good RTS title, because Flagship has you covered. Set during a war with an aggressive alien fleet, Flagship offers a unique twist on the real-time strategy genre: it’s in first person.

This might sound incredibly odd to long-time RTS players, but Flagship has been built from the ground up to work with VR headsets, though it can also function just as well without. Players take on the role of the commander, standing in the bridge of their own starship with a holographic table in the center. Moves are made as they would in a typical RTS, but in Flagship, you can walk to the windows and watch as your moves are played out around you.

No longer are you a floating omnipresent and omnipotent being, casting out commands without any consideration to your own safety, you’re now right in the heart of the battle, with your own ship vulnerable to attack.

There’s currently no release date for Flagship, but thankfully the developers at Urban Logic Games are active on Twitter, sharing progress updates every couple of months.

Throw out your chess set because SpyParty is the ultimate 1v1 game. SpyParty pits you against another player in an asymmetrical encounter where your skills of perception, your ability to blend in, and your talent for reading body language are your keys to success.

Currently being developed by Chris Hecker, SpyParty, as the name suggests, is set in the midst of a high-society party, with waiters, bookshelves, and dignitaries. However, among these AI-controlled partygoers is the Spy, a player-controlled character with a set of objectives they must complete before time runs out, or before they’re taken out by the Sniper. The Sniper is the other player, whose only goal is to figure out which is the Spy, and take the shot.

As the Spy, each action you take, whether it’s bugging an ambassador, swapping out a microfilm from a bookcase, or stealing a statue, can be completed perfectly, accomplished with a slight tell, or utterly fumbled. It’s up to the Spy to hit the timing just right, as even the slightest fumble could give you away.

The Sniper must be looking out for these tells, but it’s difficult given the number of people in the room and the limited angles overseeing the objectives. The Sniper can mark characters as high or low priority, helping separate the suspects from the innocent partygoers.

With a limited amount of time to get things accomplished, both the Spy and the Sniper will feel the pressure of either completing all the tasks or figuring out who to shoot. While the Spy can add time to the clock by standing at a window and checking their watch, it’s a risky move that could reveal you to the Sniper.

SpyParty has been in beta for a few years now, which seems to be the equivalent of Steam Early Access, as it allows Hecker to fine-tune the gameplay elements while also ensuring the slight personality changes don’t unwittingly impact other areas of the game. If you’re looking for an interesting game to play with a friend, definitely check out SpyParty.

Miegakure is a 4D puzzle-platforming game. Try and wrap your head around that statement. Understanding the concepts and functionality of Miegakure can sometimes feel like learning a new language or a new way of thinking, which it technically is. Comprehending a physical dimension beyond the usual three-dimensions we’re used to (x,y, and z), is a challenge, but it’s a challenge that creator Marc Ten Bosch aims to help us overcome through his level-based puzzle game.

Each level introduces you to a new concept, be it running, jumping, pushing objects, or slipping into the fourth-dimension. As you progress through the game, every puzzle will build on the knowledge you’ve gathered in the previous levels, and task you with applying this information to the challenge you face.

Initially, Miegakure will take some getting used to, as people are more familiar with the fourth-dimension being “time” than another physical direction. Thankfully, Bosch has a few YouTube videos that seek to clarify some of the technicalities of Miegakure.

While Bosch could have simply chosen to have each level consist of only a puzzle, he has instead populated levels with characters, people who live inside this world and are as equally surprised as you, the player, at your ability to apparently teleport around, appearing at the top of a hill or inside a completely secure temple.

If you want more words from the man himself, Bosch answered a few questions over at IndieObscura, such as how gravity works in Miegakure and how he wanted it to be “non-verbal” in its teaching. There’s no release date for Miegakure yet, but it is slated to release across multiple platforms on Linux, Mac, Steam, and PlayStation 4.