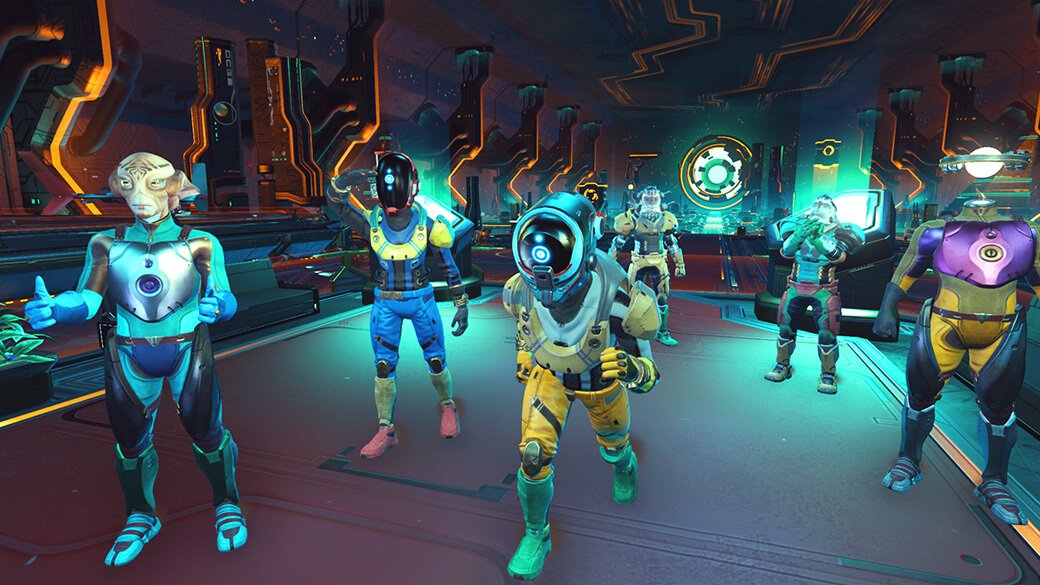 How to access the Nexus Space Anomaly in No Man's Sky

Limited stock of the classic handheld miniaturized into Game Boy Color watches, but only for New Yorkers.

One of the coolest new features introduced in No Man’s Sky Beyond is a social space known as the Nexus. This moon-sized metallic orb supports up to 16 players and gives you a chance to invite friends or strangers to take a look at your ship or hang out in a new hub area. You won’t have access to it immediately however, so in this game we’ll teach you how to access the Nexu Space Anomaly in No Man’s Sky.

The Nexus hub area is contained within a new feature called the Space Anomaly. Once you’ve unlocked it, you can access the Space Anomaly at any time while flying your spaceship with a simple press of down on the D-Pad or the X key if you’re using a keyboard. Select the Space Anomaly option to summon it at a point in front of you, allowing you to enter it and reach the Nexus social hub.

If you don’t have the Nexus already, you’ll first need to play through the tutorial section of the game, repairing your equipment and ship to reach the stars before you can find it. Once you’re up and in the stars, you need to visit an Atlas Interface (find them by scanning for Alien Monoliths in solar systems) and choose the consent option when you visit. This will cause several Space Anomalies to spawn throughout the galaxy. Typically they’re located close to Space Stations, so be sure to check them out when you can.

Once you’ve found the Space Anomaly, approach it and the doors will open automatically. After you’ve visited it once, you can summon it any time afterwards by pressing down on the D-Pad or X on keyboard. Remember, you can also run into other players on the Nexus, but there are still only a limited number of people out and about in your universe (up to 32) so don’t expect it to be packed every time you visit.

What is the Nexus Space Anomaly?

The Nexus is a new social space added in No Man’s Sky Beyond. It can support up to 16 players at once, letting you meet up and check out each other’s ships. You can also easily visit the bases of other players from the Nexus via teleporters. Once you visit the Anomaly once you can then summon it near you whenever you like.

That’s all there is to know about how to access the Nexus Space Anomaly in No Man’s Sky, so get out there and explore to find it! We have more No Man’s Sky guides on the way soon, so stay tuned for more tips and tricks for everything added in the Beyond update.