You'll have to wait a little bit longer to throw your friends at an angry Shopkeep. 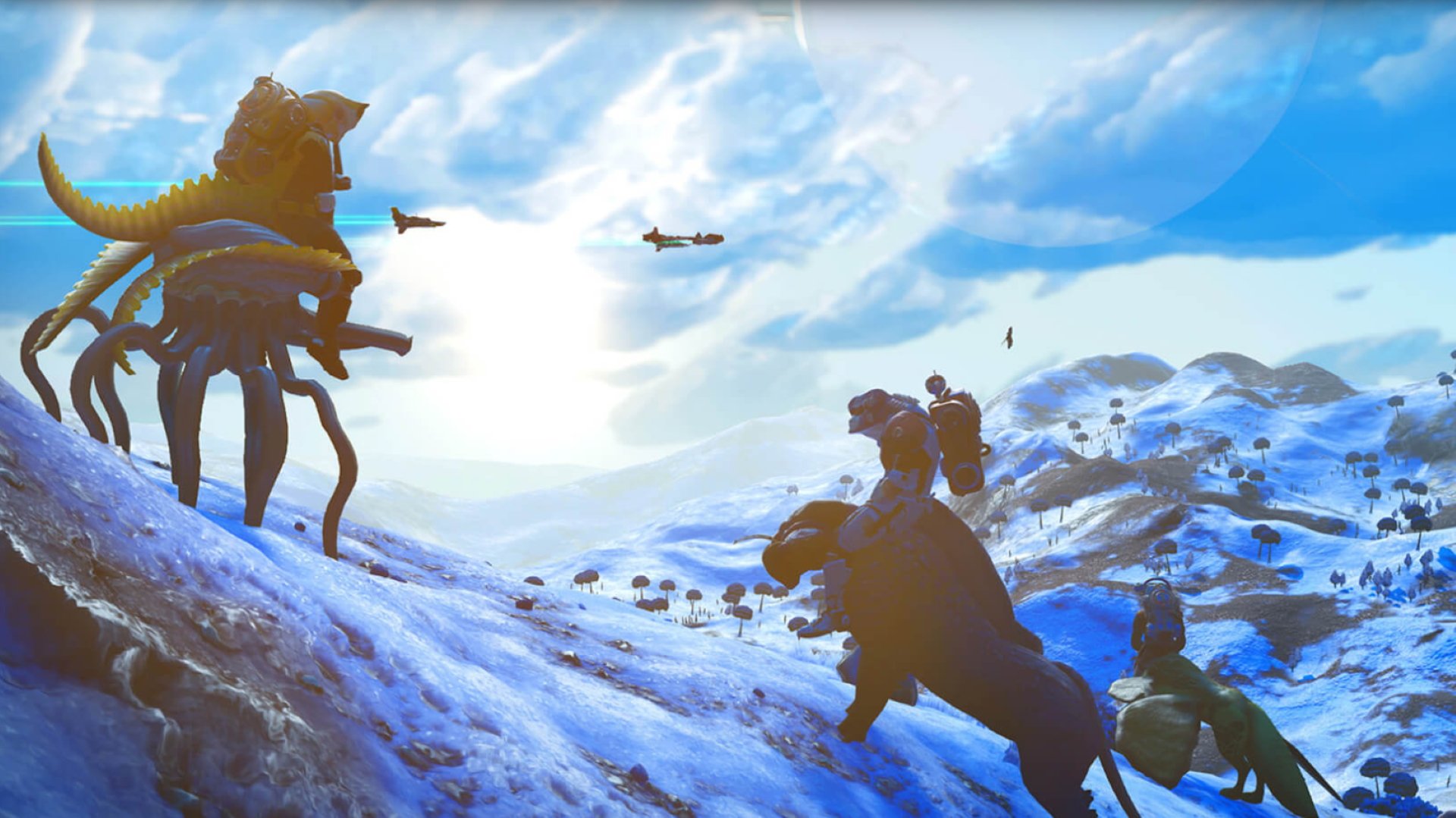 No Man’s Sky Beyond has officially arrived and brings with it a frankly enormous suite of changes to the game. With VR, expanded multiplayer, animals to ride and new power system to play with, it’s hard to know where to begin. To help you get off the ground and into orbit, here are the full No Man’s Sky 2.0 Beyond update patch notes. Be warned, they’re lengthy!

No Man’s Sky Beyond is an enormous update, adding tons of new features and entirely overhauling other areas. One of the biggest new additions is full VR support on PC and PS4, letting you explore the world and your cockpits in hand-tracking virtual reality.  Even non-VR gamers will have plenty to enjoy too thanks to the new 32-player multiplayer and hub bases. On top of all the new content, there are a huge number of bug fixes and quality of life improvements. For a more palatable look at the key features, visit the beyond page on the No Man's Sky website. Now, enough chatter, let’s get cracking with them notes then:

And what about Innes?

It’s a whopping list overall, so we’re just glad they made sure to include the really important parts in detail:

For more information on the update and flashier looks at the new systems, be sure to take a look at the Beyond Update page on the No Man’s Sky website. We’ll have more No Man’s Sky guides and content on the way soon, so stay tuned with us here at AllGamers.