Get a tasty elemental bonus by learning how and where to find Prismatic Taken in Destiny 2 during the European Aerial Zone activity. 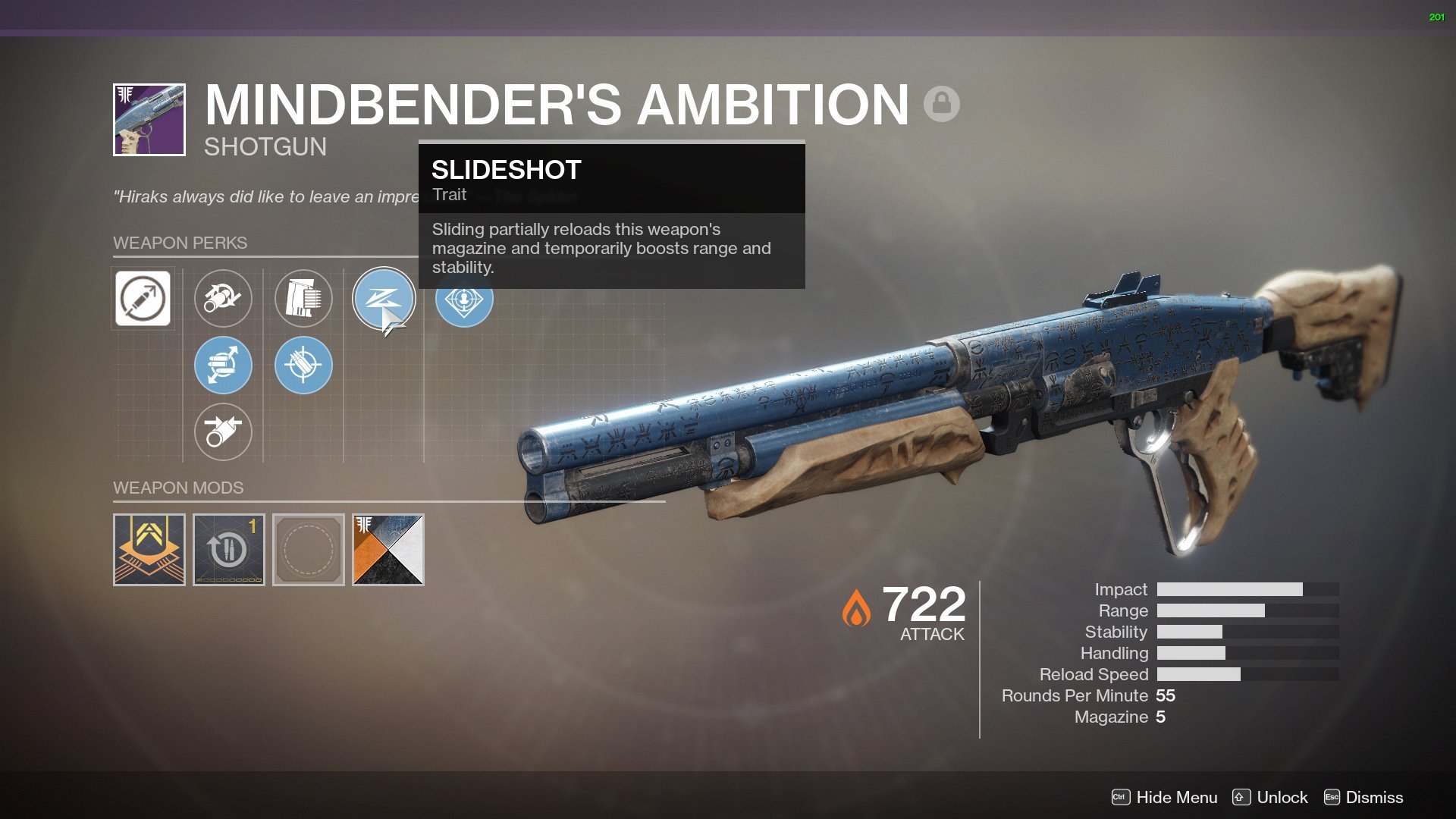 Get the Mindbender's Ambition Legendary Shotgun in Destiny 2

Frostpunk brings a chill to consoles this October

Everyone enjoys a good shotgun in gaming, and Destiny 2 has its fair share of quality options. Of the greatest new additions is the Mindbender’s Ambition, a Legendary Shotgun. It’s a popular Nightfall weapon that can prove pretty powerful for PvP if you’re lucky with your roll. So if you want to get your hands on it, this guide will teach you how to get the Mindbender’s Ambition Legendary Shotgun in Destiny 2.

Get the Mindbender’s Ambition Legendary Shotgun in Destiny 2

The Mindbender’s Ambition is a drop from The Hollowed Lair Nightfall Strike. You have a chance to receive it from the chest after the final boss encounter. Sadly, there’s no way to increase your odds of receiving this Nightfall exclusive weapon. Even if you score highly, you’ll still have the same chance to obtain it as in a much poorer run. But then again, if you’re playing well you’ll probably run through the Nightfall much more quickly, too.

If you’re trying to farm the Mindbender’s Ambition, you won’t want to use any handicaps or modifiers that make the Nightfall any harder. The quicker you can get through it, the more times you can run the strike and have a chance to get the shotgun.

To make the best progress, team up with a solid Fireteam that you can run the Nightfall Strike with repeatedly. Make sure you have some high burst damage, as The Fanatic will only open himself up for damage every so often. Grenade launchers like The Mountaintop make for a fine choice here. Beyond that, it’s simply a case of praying to the Guardian gods each time you beat the Nightfall Strike that this will be the time you’ll get the Mindbender’s Ambition with a good roll.

Mindbender’s Ambition is a pretty solid shotgun, even without its perk options. This weapon can come with a selection of different perks, but the main ones you’re after are Rampage and Opening Shot. The former increases the accuracy and range of your first attack, while the latter grants temporarily increased damage after each kill, stacking up to three times. With the right perks, Mindbender’s Ambition can take out enemies in one hit at surprisingly long ranges. Here’s the full list of perks:

This magazine is optimized for recoil control.

Improved accuracy and range on the opening shot of attack.

And there you have it, everything there is to know about how to get the Mindbender’s Ambition Legendary Shotgun in Destiny 2. After more? Here are our guides for the Tarrabah Exotic SMG and The Mountaintop Pinnacle grenade launcher in Destiny 2.