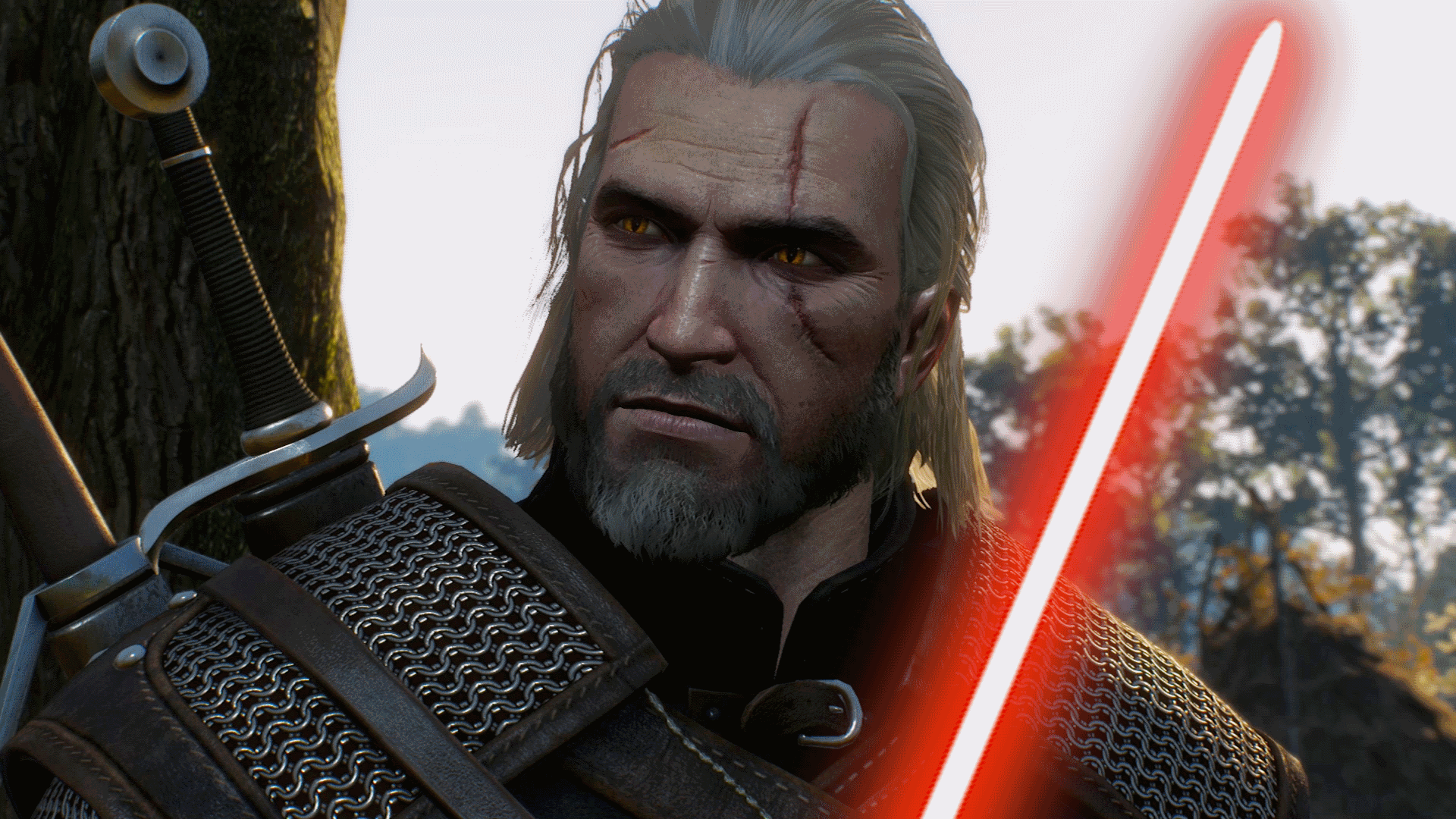 Having just watched The Last Jedi, it’s fair to say we’ve got lightsabers on the mind. Star Wars has a long history with videogames, and though recent efforts may have stumbled, there are plenty of classic beam-sword swinging titles worth playing from the past. We can’t help but want more though, and in the cold, winter months, our minds have been wandering.

Lightsabers improve almost anything — even in Battlefront 2, swinging a glowing sword that goes VWOORM felt good enough to help forget about loot boxes for a time. So we got to thinking: what other games could be improved in this way? Here are the titles we think could most use a force-full tune up:

Educational video games are important, and by our view, they don’t come any better than Cooking Mama. For those out of the loop, Cooking Mama is a series in which, under the tutelage of the titular Mama, you cook increasingly fiendish dishes to be rewarded with a line of praise in some entertainingly garbled English. In Cooking Mama, you live and die just to hear the phrase “Great! Even better than Mama!” Or at least, we think that’s what she’s trying to say.

The trouble is, the Wii version’s motion controls made replicating actions like cracking an egg nigh on impossible. And should you fail, well, the less said about Mama’s reaction, the better. Cutting to the chase, we think lightsabers would be a perfect fit here. Not only would you get to use the Wiimote in the manner we all thought it was made for, you’d be putting a lightsaber to effective and practical use, both slicing and cooking food. If that’s not enough to stop Mama turning to the Dark Side, we don’t know what is.

The Witcher 3 is unquestionably spectacular, but while the third in the series improved combat drastically, it’s still the weakest aspect by far. The fighting wasn’t bad, per se, but it mostly just got in the way of us exploring the world and helping out/flirting with the locals. You know what would fix that right up? Lightsabers. Our favourite future-weapon would solve all of these problems and more. Bandits harassing caravans? Lightsaber. Noonwraith causing trouble at the well? A lightsaber will burn the remains and see it off in a flash. Wild Hunt breathing down your neck? We’re fairly certain a lightsaber can solve that too.

Why bother swapping between iron and silver swords when you could simply use an energy weapon capable of cutting through pretty much anything? I mean sure, it’s throwing away years of Geralt’s witcher training, but I can’t imagine he’ll mind when that annoying Griffin goes down in one hit. Plus, Geralt’s all about meditating, so he’s basically half jedi anyway. We’re not sure Yennefer would be keen on a noisy, fluorescent stick, but at least Triss might dig it.

Okay, this match seems like a shoe-in if we ever saw one. The Imperials are basically futuristic, space-based Nazis, and Wolfenstein ticks all those boxes and more. I mean you even go to the moon in The New Order. Killing Nazis is great. Killing Nazis with a lightsaber? Even better. It just makes sense.

Wolfenstein’s universe is filled with strange and fantastical weaponry, so it should be easy to work it into the story. BJ Blazkowicz stumbles upon a Da'at Yichud vault, delivers some surprisingly touching dialogue about loss and love, then picks up a glowing sword and hacks some übersoldats to death. Handle it as smoothly as that and you won’t even have to pay royalties (our bill’s in the mail, MachineGames).

EA has been on a mission in recent years to make defensive midfielders more relevant, and now, thanks to the Star Wars licence, they finally can. From FIFA 19 onwards, anyone in the CDM position who is at risk of being bypassed by yet another fast-paced counter-attack can whip out a lightsaber and try to cut their opponents off at the kneecaps literally rather than figuratively.

Star Wars is a family product, of course, so dismembered players simply vanish into the Force, leaving a pile of football kit where they fell. To bring balance to the Force, deceased attackers returning as spectral apparitions cannot be offside from direct free kicks. The imperial kits are already in the game, so EA might as well take it the extra mile. We can already imagine the thousands of reaction videos as players unbox Mace Windu.

PUBG has pretty much taken over every aspect of our life, and it’s proving harder and harder to find time for other games in between the hunts for dinner. PUBG is great, but there are a few select issues we have with it. Namely that guy sitting several miles away who keeps sniping us with a Kar98 any time we get close to the top ten. Screw that guy. We like sniping as much at the next player, but could you just for once target somebody else?

What we’re making here then is a personal request. We know it's selfish, but we’d like Brendan Greene to give us and only us, a lightsaber that’ll ping any sniper shots that come our way right back into their sender's highly skilled and (presumably) smug face. It’ll be just like a frying pan, but even more satisfying. We don’t think that’s too much to ask, and after all, it’s Christmas, help feed a hungry soul.