Twitch turned Ninja's channel page into a community hub after he left for Mixer and got more than they bargained for. 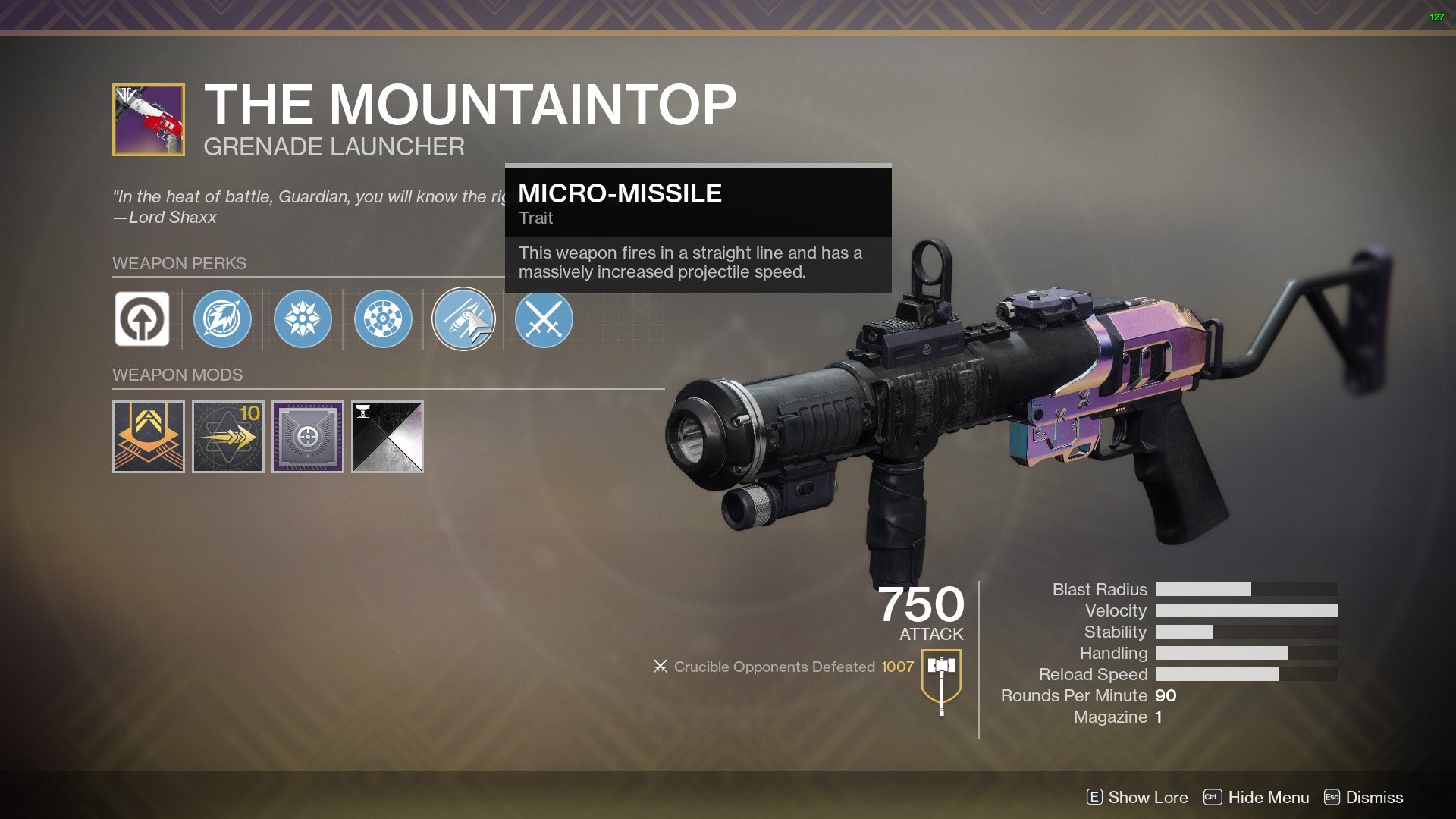 Get The Mountaintop Pinnacle grenade launcher in Destiny 2

All Characters and Hero Arts in Teppen

Want to know which characters you can play as in Teppen? You've come to the right place!

The reason all the effort to obtain The Mountaintop might be worth it is due to its perks. The lightweight frame is handy, and the number of options available is great, but it’s the micro-missile perk combined with Spike Grenades that really make The Mountaintop shine. High-damage direct hits combined with straight-line shots make The Mountaintop a monster against raid bosses. You’ll need to spend far less time lining up the parabolic shots other grenade launchers require and deal massive damage while you’re at it. Here’s the complete list of The Mountaintop perks:

How to get The Mountaintop Pinnacle grenade launcher

Thanks to Shacknews for use of their image.

To get The Mountaintop Pinnacle grenade launcher in Destiny 2, you’ll need to complete a Pursuit called The Ascent. If you don’t have it already, head to Lord Shaxx in the Tower and but it from him. Once you’ve got it, you’ll need to complete four tasks. Sounds simple so far, but here’s where things get tricky. Here are the challenges you need to beat if you want to get The Mountaintop:

Three of the four challenges aren’t all that bad, particularly if you don’t mind working on your Glory rank. The good news is that you can complete them in any order (excluding the final, An Oath Broken step), so you can happily reach Fabled Glory Rank first if that’s what you like. Work together with a strong team and you’ll get there eventually.

That’s an awful lot of Grenade Launcher kills. There is a minor silver lining, and it’s that you’ll earn more points towards each of these targets when playing in the Crucible. If you’re not a PvP player, you may be out of luck we’re afraid. If you’re really looking to grind through this challenge, you’ll want to equip a full loadout of grenade launchers (including the Power weapon), camp the Heavy ammo spot each match, and try your best to steal kills every single time you can.

It’s far from easy and you won’t make any friends, but you will, eventually, get that Triumph complete.If you’re really having trouble earning those double kills, making use of Tether in the Mayhem mode as a Hunter is one of the best ways to earn them without actually having multiple, low-health players together. Otherwise you’re better off sticking to Quickplay or Rumble. Keep it up and earn that Triumph, then return to Lord Shaxx in the Tower to claim your reward.

That’s all there is to know about how to get The Mountaintop Pinnacle grenade launcher in Destiny 2. It’s going to take most players a crazy number of hours to earn, so all we can do is wish you the best of luck out there! If you’re after something more achievable, consider reading our guide on how to get the Tarrabah Exotic SMG in Destiny 2.