All the info on where to find Xur and every Exotic item he has up for sale this week in Destiny 2. 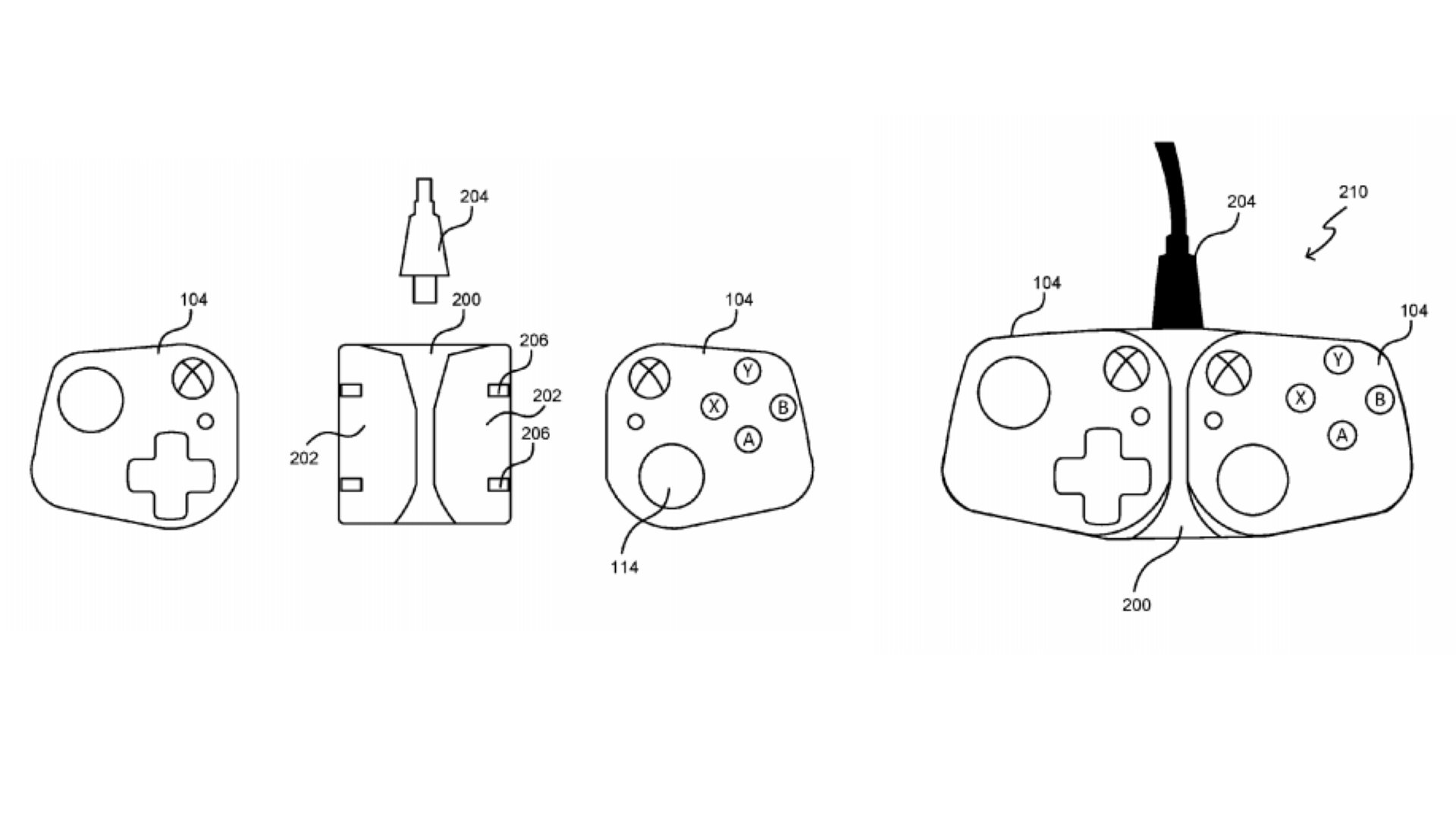 The patent itself is for a new charging device and includes no direct references to the Xbox brand. However, images included within show two controller parts that look suspiciously like the left and right sides of an Xbox One controller, even down to the logo on the corner.

As spotted by Digital Trends, the controller parts are listed as temporarily attaching to a touchscreen device, and could even come with built-in speakers, a headphone jack and even wireless headphone support. That’s certainly a step up from phone speakers! There will also be several colour options available for the controllers.

Multi-colored, detachable controllers might sound a little too close to the Nintendo Switch’s Joy-Cons, but it’s worth noting that these controllers are almost certainly intended for use with Project xCloud, Microsoft’s planned streaming service that’ll let you play Xbox One games on mobiles and other devices.

“Our vision for the technology is complementary to the ways in which we use consoles today,” Microsoft’s CVP of Gaming Cloud, Kareem Choudhry wrote of the streaming service. “Project xCloud will also open the world of Xbox to those who may not otherwise own traditional, dedicated gaming hardware. True console-quality gaming will become available on mobile devices, providing the 2 billion-plus gamers around the world a new gateway to previously console- and PC-exclusive content.”

With Gamescom taking place in just over a week’s time and Microsoft hosting a special showcase event a day early, could we hear or see more of these controllers then? We’ll have to wait and see when the stream kicks off at 8am PT (11am ET, 4pm BST/CET) on Monday. Be sure to tune in via Twitch or YouTube for all the news, though of course we’ll keep you updated here at AllGamers.