If you're looking to pass the grade, you should first learn the class certification requirements in Fire Emblem: Three Houses. 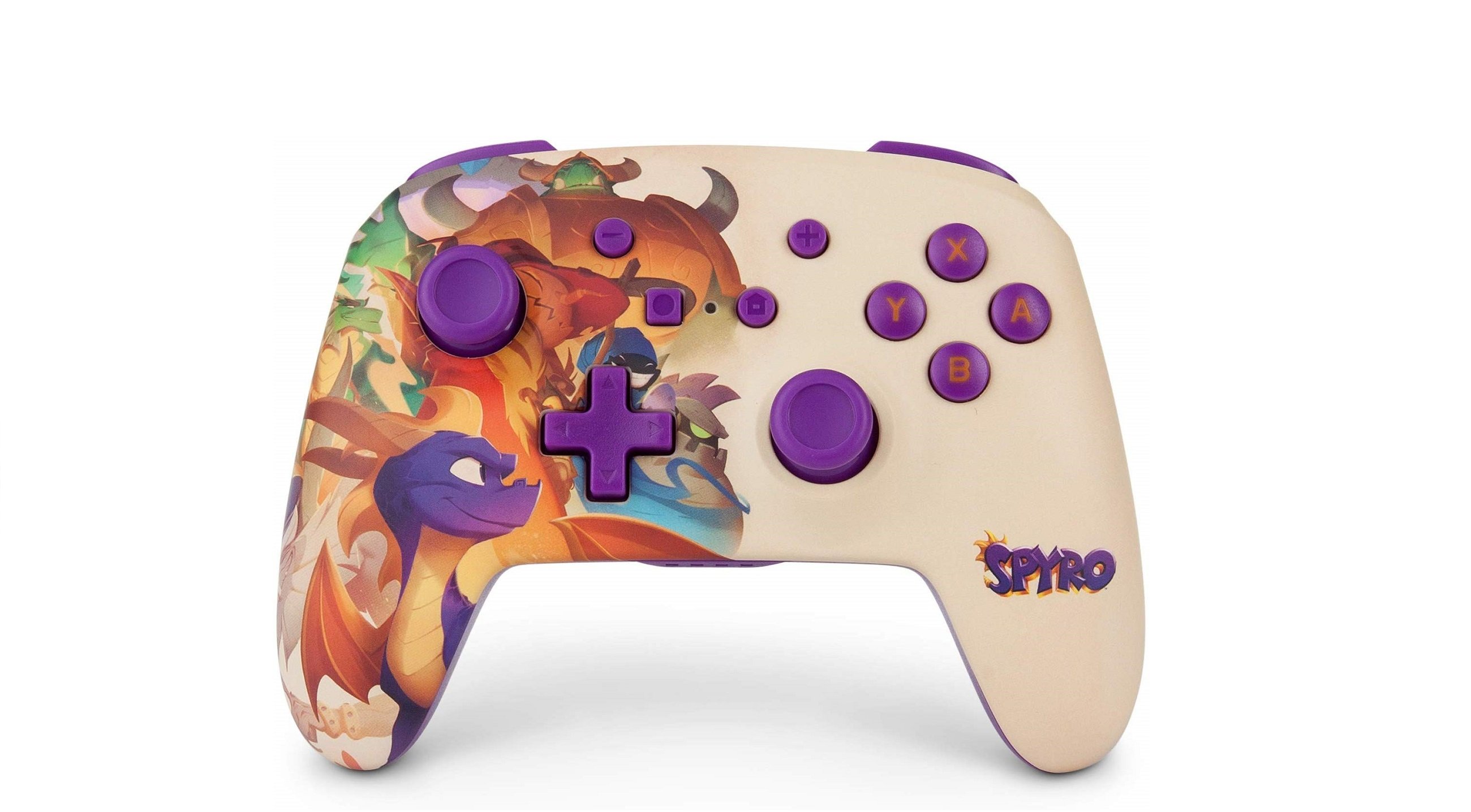 You can now buy a Spyro controller for Nintendo Switch

Try before you buy.

Growing up, all of my gaming devices were purple. I had a purple Nintendo 64, a purple Game Boy, a purple Game Cube, and so on. Naturally, all of the controllers were matching purple as well. PowerA recently unveiled a brand new purple Spyro controller for Nintendo Switch and as you’d expect, I pre-ordered it immediately. Looking for a new wireless Switch controller? Here’s why this one is worth a buy!

You can now buy a Spyro controller for Nintendo Switch

A wealth of adorable Nintendo Switch controllers have been released with colorful new Joy-Con options to Pro Controllers themed around popular games like Super Smash Bros. Ultimate. Outside of official controllers from Nintendo, companies like PowerA have risen up to offer discount options, many of them wired like this sleek black and gold Legend of Zelda controller.

You can pick up most of PowerA’s wired options for around $20 while their wireless controllers come in at around $40. In contrast, the Pro Controller from Nintendo is priced at $60, meaning you save around $20 by going the PowerA route. In addition to lower cost, PowerA has more cosmetic options available from see-through teal to one oddly named “spider lighting” for some reason.

I’ve purchased PowerA controllers in the past and haven’t experienced any major issues with them, like left-stick drift reported by Joy-Con users. Because of this, I’ve been more inclined to purchase more as new aesthetic options are released. After all, you can never have too many Switch controllers, especially if you like to invite people over for a little Smash couch co-op.

The newest offering from PowerA is the Spyro-themed wireless controller with a relentlessly cute beige and purple color scheme. While slightly more expensive than other PowerA controllers at $49.99, it does offer new features like two mappable buttons on the back and a low battery indicator LED at the top. The only real downside to this controller is that it’s powered by two AA batteries.

Similar to Xbox One controllers that require AA batteries though, it stands to reason you can purchase rechargeable batteries to help you cut down on battery costs. While you’re buying accessories, there’s also a matching Spyro stealth case for Nintendo Switch available for $24.99. Something else to keep in mind is that the controller is only available for pre-order right now with a release date of August 31.

After checking out the new Spyro controller from PowerA, what are your thoughts? Are you in love with the color scheme, or a huge Spyro fan looking to add a new Switch controller to your collection? Have you purchased a PowerA controller before? Let us know down in the comments below!