Destiny 2 will be removed from Battle.net on October 1, so make sure you're ready by learning how to link and transfer your Destiny 2 account to Steam. 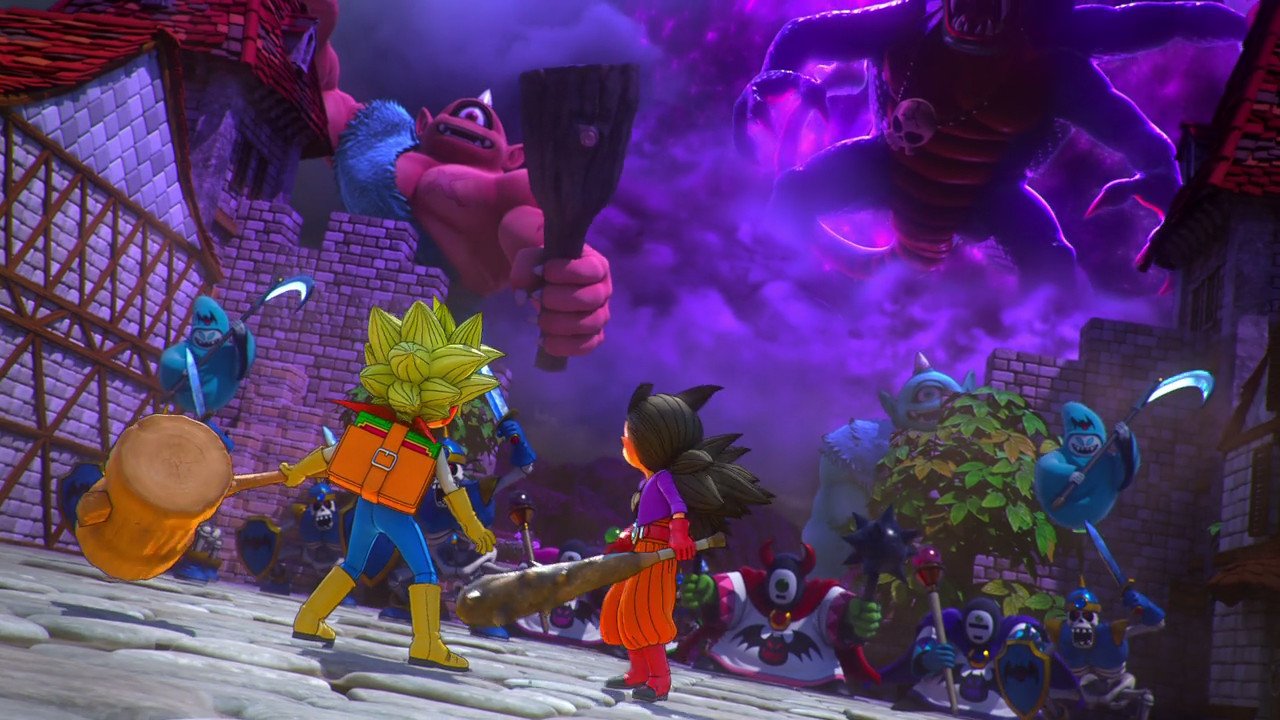 All 12 teams from the women's basketball league will be included in NBA 2K20.

Dragon Quest Builders 2 has super-strong monsters dotted about all of the islands you can sail out to explore. These aren't your run-of-the-mill baddies, either. When you run into one of these special enemies, a message telling you "A super-strong monster appears!" will pop up on screen, and you'll be in for the fight of your life.

Location: In the Southern Bog (where you find the Orc Tomato Farm) there is a huge cliff with a house on top of it, that's Pastor Al's place. Instead of heading to the West side of the cliff so you can climb up, head east and go underneath the cliff. You'll find this deadly super-strong monster in there. It's well worth defeating though, because...

Reward: Poison Needle recipe (Sword, +20 attack AND has a small chance of instant killing enemies, great to use against tough baddies even after you get more powerful standard weapons)

Location: To the far West of the same southern bog you find the Killarpillar super-strong monster in there is a path that eventually leads through to a beach. Keep following the coastline around to the south and underneath a large outcrop/cliff you'll see this big dancing crustacean on a platform of sand, just waiting for someone to come and have a go.

Location: Head pretty much in a straight line North West from Fat Rat Rise and you'll find this super-strong monster in an enclosed grassy woodland near the water, at the furthest North of the map.

Reward: Yggdrasil Leaf (revives you once if you die while holding this in your inventory bar)

Location: Way up and over the tall mountains, away to the South-East of Khrumbul-Dun, this super-strong monster is just chilling in the desert. Relieve him of his life and ye shall receive...

Location: You'll find this super-strong monster very close to The Oasis naviglobe, on the opposite shore from The Docks where you begin the story on Khrumbul-Dun. Very close to one of the Khrumbul-Dun mini medal puzzles, if you're into those.

Location: After heading south from the iron dig site and encountering the underwater lake, keep taking a tunnel to the south and you'll reach a caved-in cavern of the mine, with sand pouring in from an open ceiling. Scale the spiralling staircase of earth up to the surface and you'll find the second super-strong monster Tyrantosaurus there!

Reward: Dragon Mail recipe (armor, +42 defence, reduces fire and ice damage) [You can use the dragon scales you collected from him and his brother in the Oasis to build this, if they didn't drop scales then there will be other dragons to kill during the story so keep playing. You need gold anyway so you won't make this or the Dragonsbane until late on in your Khrumbul-Dun adventure]

Location: After heading off in search of the Goody Bag brothers, following the map in the top right above you'll find a bombable wall of sand. However, instead of carrying on straight through the hole you make, check the sides of the new tunnel and you'll see one of them is bombable again. Behind this fake wall is a massive cavern with a super-strong monster! Take down this Troll, about as strong as the desert one, for your prize.

Even out at the smaller, non-story islands where you complete Explorer's Shores checklists, there are super-strong monsters to take down for rare rewards. The Explorer's Shores islands are all randomized every time you go out to them, so we can't give you exact locations for these super-strong monsters, but we can tell you where they're most likely to hang out and what they drop when you kill them. Here's the list: