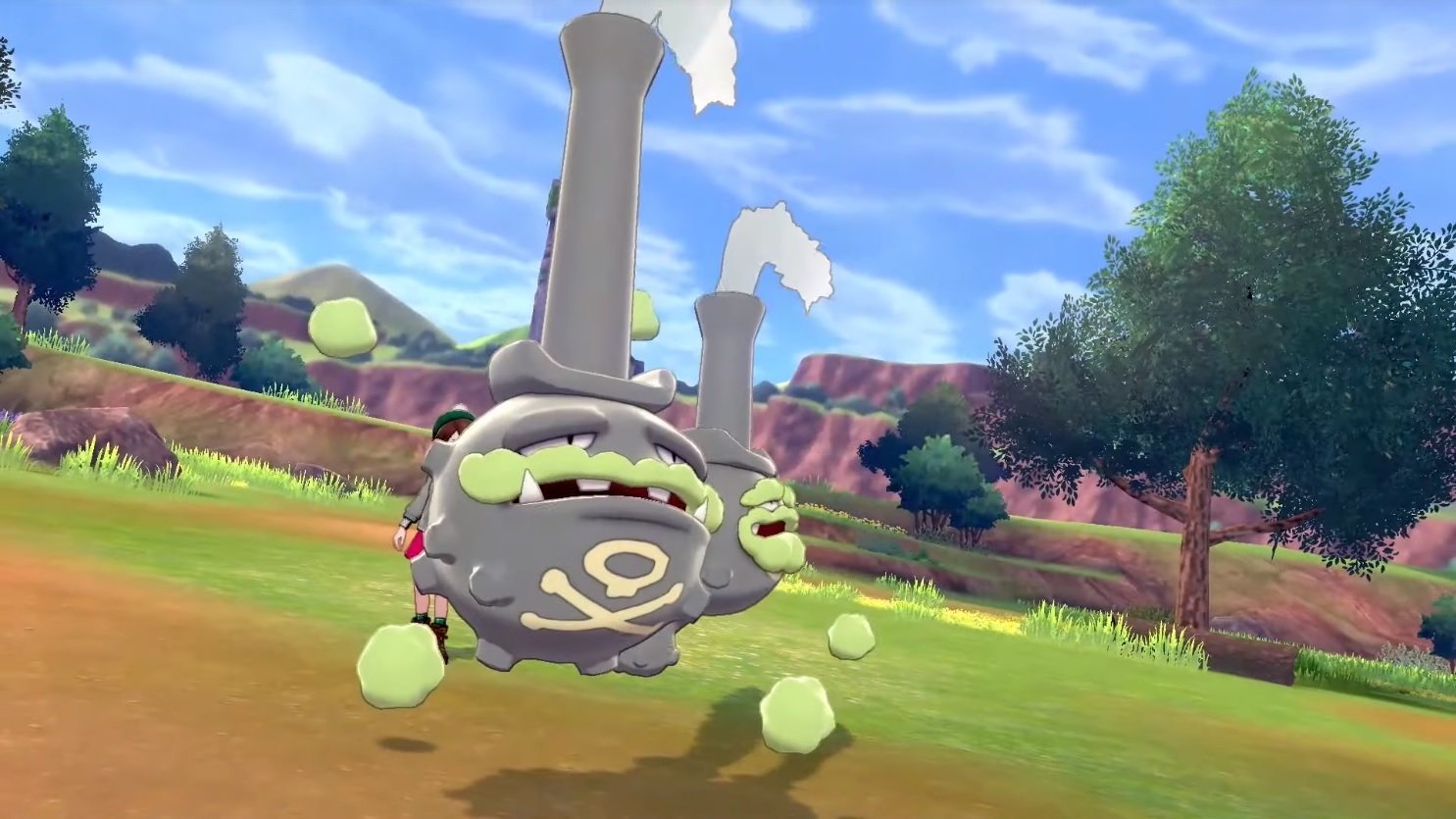 The latest trailer for Pokemon Sword and Shield shows off two new rivals and the enemy Team Yell you'll need to defeat to become the best in the Galar region.

New Galar region-specific forms called Galarian Forms of older Pokemon were also shown off in the trailer, including an extremely on-the-nose panto villain Victorian factory owner version of Weezing which you can see below.

The new Pokemon Sword and Shield rivals you'll face are called Bede and Marnie, the latter of which appears to have a rabid fan club called Team Yell. You'll likely encounter them quite a lot, taking on the Team role of previous enemy factions such as Team Rocket, continually attempting to foil your efforts to travel around the world and collect Pokemon.

Latest additions to the Pokemon Sword and Shield new Pokemon roster include four Galarian Form, specific to this region, such as Galarian Weezing (with a smokestack top hat), Galarian Zigzagoon, Galarian Linoone and Obstagoon (all three are Dark/Normal types and have a black and white color palette instead of their usual furry appearance.

Another form-changing Pokemon was also revealed, called Morpeko who appears to be a cute Pikachu-like rodent of the Electric/Dark type when sated and in "fully belly mode" but when in HANGRY MODE it appears much less cute, as well as changing its Aura Wheel move type from Electric to Dark.