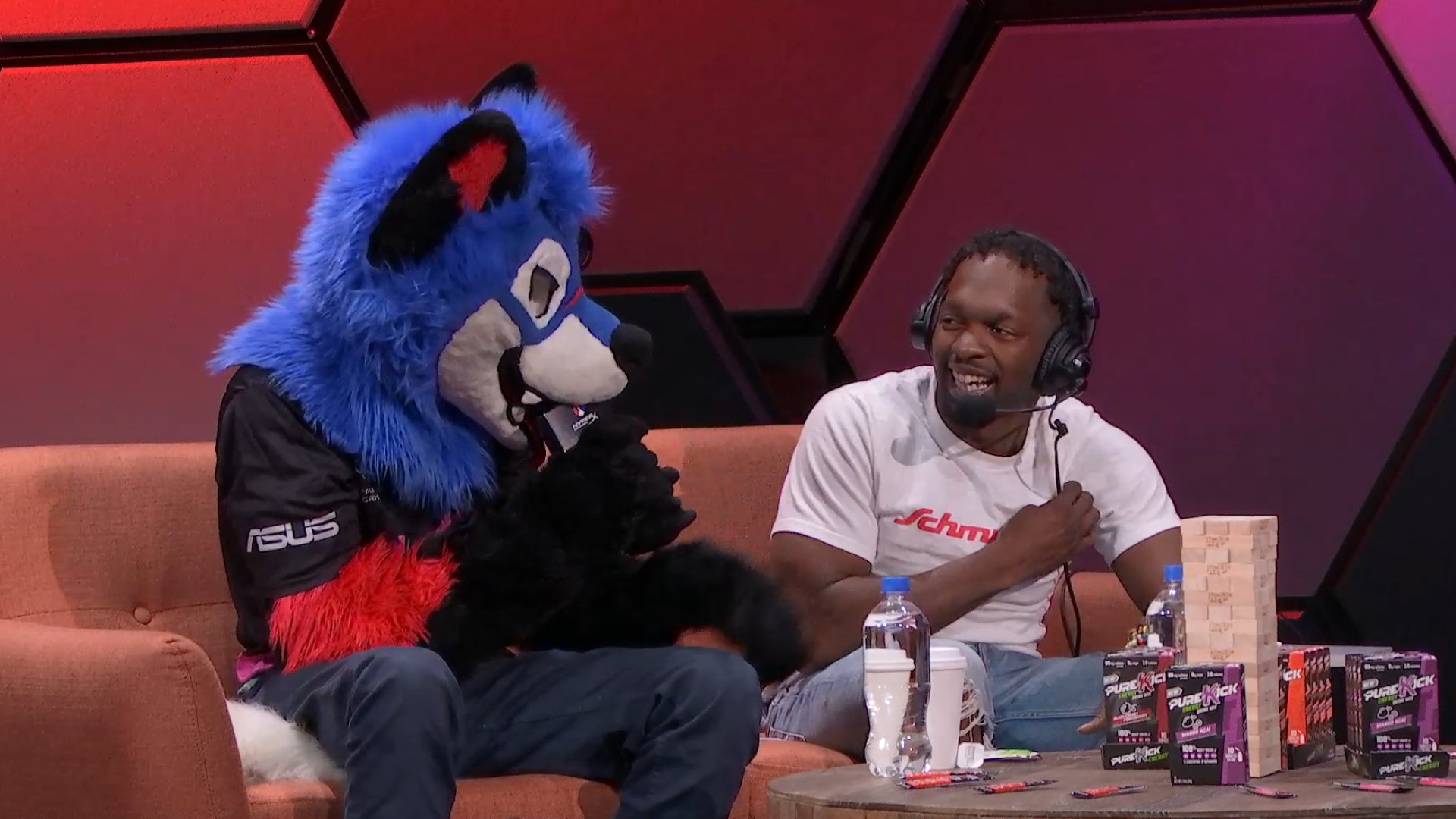 With the fierce competition of EVO all wrapped up for another year, the HyperX Showdown: Knock Out returned last night to give us a lighthearted end to the weekend. Inviting some of your favorite commentators and players, the event pitted players from across the FGC against one another in increasingly ridiculous challenges. Playing blindfolded Smash and picking up cans with spaghetti made for expectedly silly fare, but what we didn’t expect was for the night to close with one of the most intense games of Jenga we’ve ever witnessed. In case you didn’t catch it live, here are our picks for the best moments from the HyperX Showdown: Knock Out.

If you’ve not born witness to the marvel that is the HyperX Shodown: Knock Out before, first of all, what have you been doing with your post-EVO time? Inviting pros from the Smash community, Street Fighter scene and more, professional players are split into a Red and Blue team before duking it out in a range of gaming and dexterity challenges. Smash, Gang Beasts and Mortal Kombat challenges are all on show, but it’s the physical team challenges that really steal the show. Here were our favourite moments:

Early in night, two players from each team were tasked with playing a blindfolded match of Super Smash Bros. Melee. One player on each team took the controls while the other guided their movements. With HBox and Lucky taking on Mango and Plup, it looked sure to be a close battle, or at the very least an amusing few minutes of self destructs.

However, HBox had some secret tech up his sleeve that would prove the decisive factor. Tapping on Lucky’s shoulders to direct his movements more quickly than words could convey, they easily overcame Mango’s blind aggression. These are the elite skills that only professionals can conjur, folks.

SonicFox is a multi-game beast

SonicFox has made a name for himself through his ability to excel in seemingly any fighting game he puts his mind to, but it looks like those skills extend beyond the FGC. Sat down for a game of Gang Beasts, he immediately took command, instructing his team how to demolish their opponents and even employing sneaky hiding tactics. Quizzed afterwards after he revealed that Gang Beasts was one of his favorite games outside of fighters. The poor blue team never stood a chance.

Moving on to physical challenges, it was Smash vs Street Fighter as Hungrybox and Dabuz battled Gamerbee and JohnT. The Asian competitors demonstrated perfect coordination in their task to stack a pile of cans using only a piece of spaghetti. As HBox and Dabuzz snapped piece after piece, victory looked certain for the red team.

Certain, that is, until their third teammate Speedkicks stepped up to the plate. All Speedkicks had to do was knock down the pile with a rubber band shot, but as it happens, he didn’t have the slightest clue how to go about it. Missing shot after shot, it took careful instruction from Gamerbee before he eventually lined up the shot, much to the disbelief of the commentators.

Have you ever tried bouncing a pencil into a cup? Turns out it’s a lot harder than it looks! Given just a couple of minutes to land eight shots, neither Cosmos nor Hayatei were making much progress for the first half. However, as we entered the last 30 seconds Hayatei suddenly got his eye in. Racing through the flips, he managed to land the last shot just as the time flicked down to zero

The clear highlight of the evening was a ludicrously tight 2v2 game of Jenga that took place at the end of the show. With neither side ready to slip up, the game stretched out as the tower grew taller and taller, each pull awaited with baited breath. The standout play? SherryJenix saving her team from near-defeat by steadying the tower as it looked to collapse.

The entire Jenga match was nothing short of incredible and ended up lasting hours as both teams continued to pull brick after brick. We can’t recommend enough going back to watch the full Jenga sequence from the start as it rivalled even the best EVO grand finals for tension. Want to see the entire HyperX Showdown: Knock Out event from the start? We’ve embedded the full video below for you to catch up in your own time.

Those are our picks for the best moments from the HyperX Showdown: Knock Out, but what were yours? Let us know in the comments below!