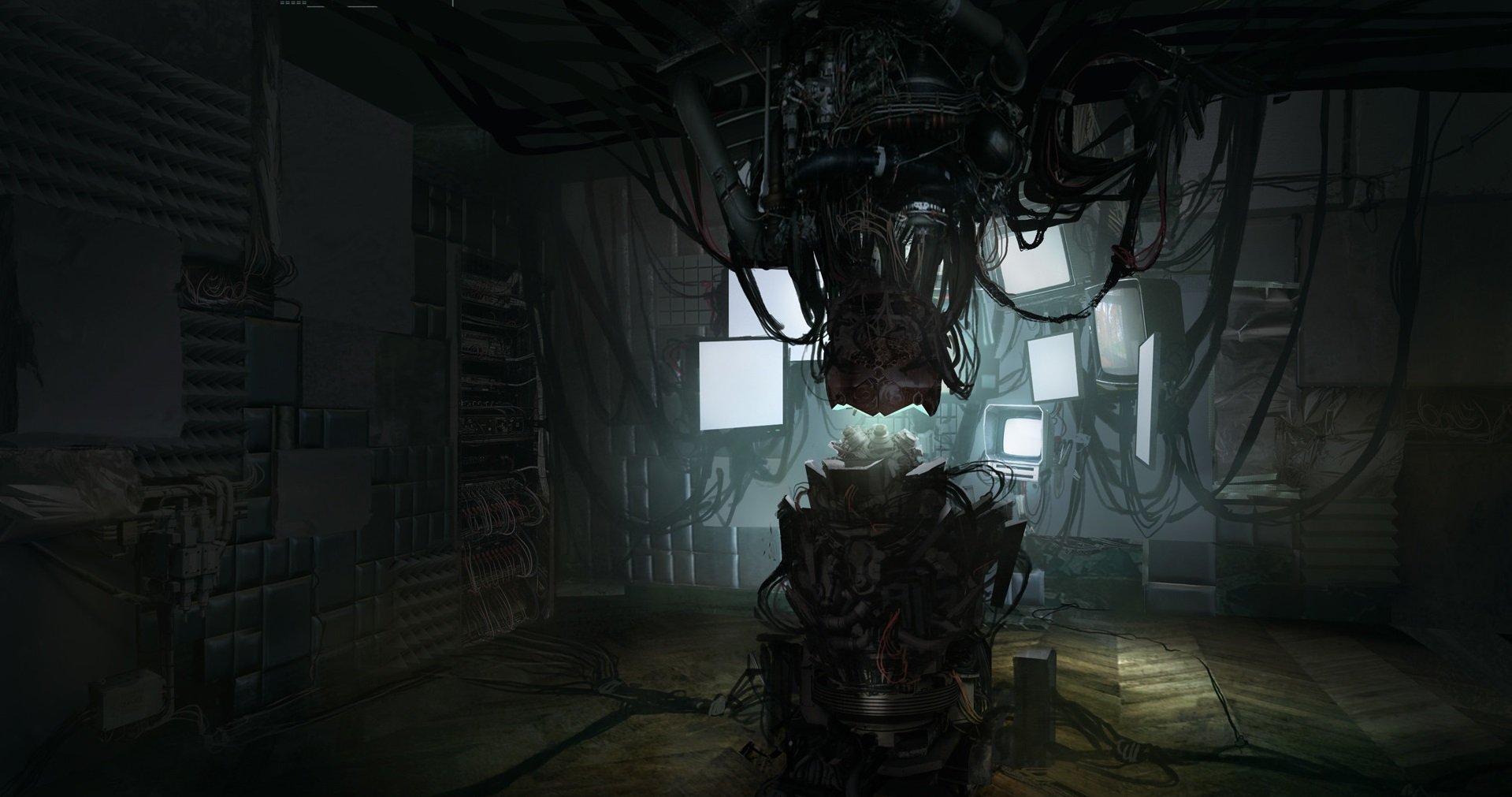 Gamers and Tool fans alike know that listening to Tool while gaming can be a pain, as Tool has long abhorred streaming platforms. Short of owning a physical album or listening to old uploads by users on YouTube, options were slim… until today, that is. In an unprecedented step towards the modern, Tool has officially uploaded their full discography across all streaming platforms.

To celebrate, we’ve put together a list featuring our picks for the best games to play while streaming Tool!

If you’ve never played the indie game Observer by developer Bloober Team you’re missing out. From a visual standpoint, the game feels like it was pulled right out of a Tool video. Stinkfist, perhaps? With Observer’s gritty blend of cyberpunk and horror and the unique melodies of Tool, you’re in for one hell of a gaming session.

Something else to keep an eye out for if you love Bloober Team is their newest game, Blair Witch. Not only will it offer some truly terrifying horror gameplay, it’s also scheduled to release on August 30, the same day the new Tool album Fear Inoculum drops.

Nothing helps you get in the zone while playing Call of Duty quite like Tool. Any Call of Duty game works, though we’re especially hyped for the newest entry to the series, Call of Duty: Modern Warfare. Any Tool song pairs well if you’re playing multiplayer, though Vicarious is our personal favorite.

Meanwhile, if you’re looking for songs that complement the return of Captain Price in the game’s campaign, you can’t go wrong with Sober! Call of Duty: Modern Warfare is set to release on October 25 which means you still have plenty of time to put together the perfect gaming playlist and with Tool’s full discography available to stream, you’ll have no shortage of songs to choose from.

While Undertale has its own amazing soundtrack (we’re still not over how good Megalovania is), there’s something incredibly moving about playing it while listening to Tool. In our personal experience, both Lateralus and The Patient mesh incredibly well with Undertale’s themes.

Lateralus for lyrics like, “As above so below and beyond I imagine…” which echo your exploration in Undertale’s vast underground world and The Patient for its ticking time melody. The Patient also has lyrics like, “If there were no rewards to reap, no loving embrace to see me through…” which pairs with the game’s option of compassion over combat.

Like Undertale, Tetris Effect has its own incredible soundtrack with songs like Yours Forever and Always Been, But Never Dreamed which we can’t help but listen to over and over. However, if you’ve already completed Journey Mode and are looking to play it again in a new way, or need music to help you clear some of the unique Effect Mode options, look no further than Tool.

Given the game’s relaxing, meditative feel, we recommend songs like Right in Two or Schism. Naturally, Schism was our first pick as the lyrics, “I know the pieces fit ‘cause I watched them fall away...” mesh perfectly with how Tetris is played. Use your pieces to build lines, then watch them clear and fall away.

Thumper is the only natural suggestion for Tool songs like Rosetta Stoned and Triad. Described as a “rhythm violence game” the music in Thumper is designed to make you uneasy as you rocket your way through a dark and terrifying space atmosphere.

In our opinion, the aggressive riffs of Adam Jones and powerful drum beats of Danny Carey are the perfect tools to help guide your intrepid little space beetle through to the end. Trust us, playing Thumper while Triad builds up in the background and Rosetta Stoned plays out the story of a bizarre E.T. encounter is something everyone should experience at least once.

BioShock is a series that warrants multiple playthroughs, it’s just that good. Naturally, because of BioShock’s setting, we couldn’t help but recommend “water” songs like Undertow and Aenima. It’s not just that hearing “learn to swim” repeat over and over as we explore the underwater city of Rapture feels oddly appropriate, it’s also the unsettling messages conveyed by both the game and song.

BioShock is a grim alternate history about a hidden utopia for society’s elite beyond government control that looks beautiful, but hides dark secrets. When paired with Aenima, which references a set by Bill Hicks about Southern California falling into the sea, there are some interesting parallels that can be drawn. If you’ve been itching to replay the BioShock series in full, we definitely recommend pairing it with Tool.

We’ve always been huge fans of the Gears series, and have listened to Tool while playing titles like Gears of War 4. With the upcoming release of Gears 5 on September 10, we immediately knew we had to put it on this list. At first glance, it may seem like the campaign of Gears 5 offers a more introspective focus as it follows Kait as she hunts down her origins.

Fortunately, we know there will be no shortage of combat and action to support Kait’s journey. Given the Locust connection, we feel like Ticks and Leeches is a great song to start with, though its pacing definitely makes it better for combat sections. To offset this, we also recommend songs like H. that we feel pair well with Kait as a character.

We mentioned how well Tool works with multiplayer games like Call of Duty, but there’s still a bit of a wait before Modern Warfare drops. In the meantime, one of our favorite multiplayer games is Apex Legends. If you’re looking to run and gun with a little Tool in the backdrop, you can’t go wrong with Respawn’s impressive Battle Royale entry.

When looking at the Tool discography on apps like Spotify, there’s a lot to choose from that would fit with Apex Legends. However, our personal go-to favorites are The Grudge and Pushit. Both offer some incredible riffs from Adam Jones and powerful vocals from Maynard James Keenan that are absolutely perfect for getting you through the intense firefights you’ll encounter in Apex Legends.

We couldn’t mention the high replay value of the BioShock series without also mentioning Mass Effect. If we had to pick, the entire 10,000 Days album pairs well with each Mass Effect game. However, nothing encapsulates our feelings towards the franchise more than the epic two-part track, Wings for Marie (Part 1) and 10,000 Days (Wings Pt 2).

The emotions carried through both songs feel like coming home, similar to the space atmosphere of the Milky Way and characters that inhabit it in Mass Effect. It’s always a great time to replay Mass Effect, and with Tool finally on streaming platforms, you can set the mood perfectly with albums like 10,000 Days.

Last, but certainly not least, we have Destiny 2. Now that Bungie has full control over Destiny 2, we’re expecting to see big things including the upcoming Shadowkeep expansion on October 1. When attempting to pick tracks for Destiny 2, we found ourselves stuck between several possibilities. In the end, we settled on “evolving” tracks like 46 and 2 and Jambi which both offer a nice ebb and flow. On both tracks, the guitar effects of Adam Jones and drum breakdowns of Danny Carey pair surprisingly well.

That said, we’re curious to hear your thoughts. What games to do you play while listening to Tool? Do you have different song suggestions for the games listed above? Let us know down in the comments below, and be sure to check out the full Tool discography now available on streaming platforms!