VR update No Man's Sky Beyond gets imminent release date

The next free update for No Man's Sky, Beyond, brings VR support on August 14. 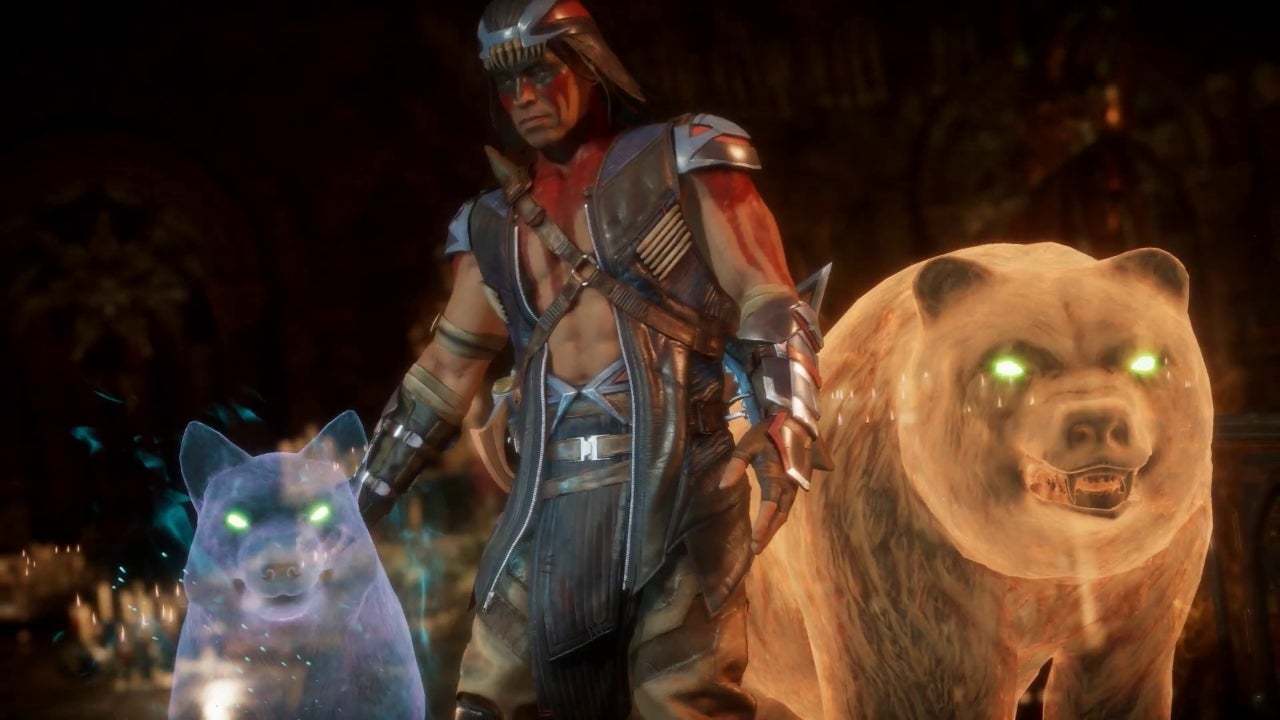 This Mortal Kombat 11 Nightwolf gameplay is it, chief

Find out how to host the perfect tea time with our breakdown of favorite teas and conversation topics in our Tea Party guide for Fire Emblem: Three Houses.

Mortal Kombat 11's next DLC character, Nightwolf, is looking every bit as good as his 1995 debut in this new gameplay trailer. Nightwolf will release for Kombat Pack owners on August 13, and will be available to buy a week later for everyone else.

Where will Nightwolf fit into the Mortal Kombat 11 Tier List?

The Mortal Kombat veteran, who originally appeared in MK3, has kept many of his signature moves including magic arrows, a tomahawk lightning attack and the ability to call on the power of the animals.

As a Native American the link between nature and the spirit is strong in Nightwolf, who uses this legendary link to get his spirit bear to deflect projectiles, while chucking spirit eagles as a projectile himself. Of course, his eponymous wolf makes an appearance too, as an attack buff but also in his Fatal Blow which sees him calling on his animal friends and that spicy tomahawk to act as a lightning rod while buried in his opponent's neck.

And of course, what self-respecting man called Nightwolf wouldn't howl at the moon after winning a match? Glad to see some of that '90s goofy charm still making its way into Mortal Kombat 11's gorefest.

The full bio for Nightwolf reveals that he was born as Grey Cloud which is not even a real name. Here's the rest of his backstory:

"Nightwolf, born as Grey Cloud, is a proud and fierce warrior dedicated to the cause of good and chosen by the Great Spirit to become the Matoka tribe's champion and protector. Along with his signature tomahawk swing, Nightwolf possesses extraordinary magic that allows him to manifest weapons created from spirit energy to fight for the Matoka's future and defend all of Earthrealm."

You can unlock Nightwolf as part of the Kombat Pack on August 13, to go alongside other DLC fighters Shang Tsung, Sindel and Spawn. There are two remaining DLC characters left to be announced, and NetherRealm have said they'll release a trailer for at least one of them on August 21. Though given the prevalence of Terminator tie-ins at E3 2019 we expect him to be one of them, while the other may be Ash Williams.