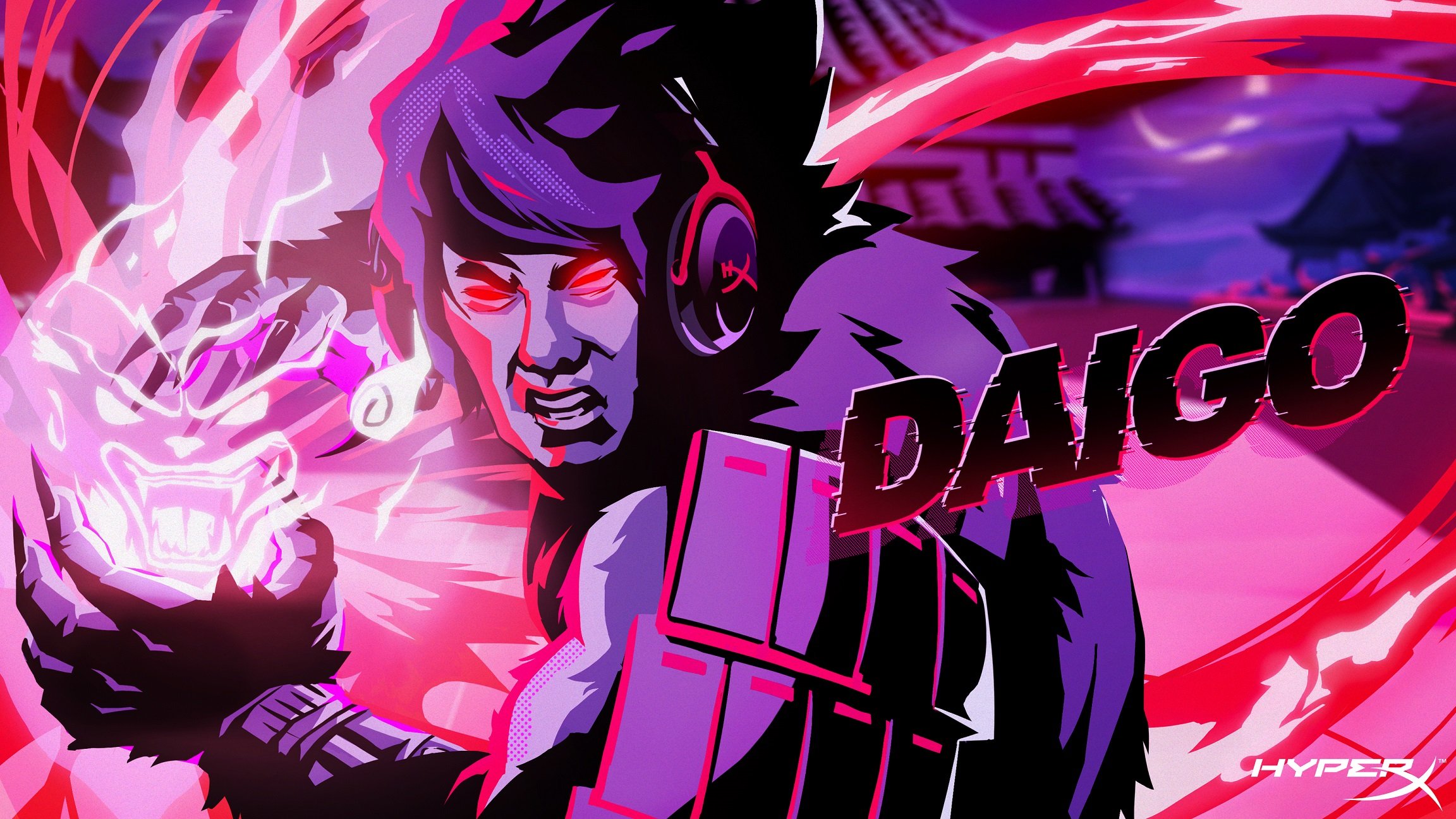 Confirmed characters for One Punch Man: A Hero Nobody Knows

Find out who's joining Saitama and Genos for battle in our confirmed character roster for One Punch Man: A Hero Nobody Knows.

If you're looking forward to all the hype and explosive unpredictability of EVO this weekend, you might also need a way to calm down once the dust has settled and the champions have been crowned. The HyperX Showdown: Knock Out is a battle between 20 different players from all over the FGC at the HyperX Esports Arena in Las Vegas on Monday, August 5, so the fun doesn't have to end.

This is the third annual event and previous HyperX Showdowns have only featured Street Fighter and Smash, but this year there will be 13 battlegrounds for two teams of ten pros to test themselves in, including party games on and off the screen. The full line-up of games is below, but features fighting games Mortal Kombat 11, Street Fighter V, Smash Melee and Ultimate, as well as Gang Beasts for some less professional fun. Off the screen, there will be a selection of "Minute to win it" games, party games usually found in the bar which should be a welcome break from all the tense fighting action of this weekend.

Are you HYPED to see which team will rise up above our wild challenges and crazy stunts to become the 2019 #HXShowdown champion?! pic.twitter.com/d8dLELQxjM

Here's all the details about the HyperX Showdown: Knock Out stream, this Monday August 5 on the HyperX Twitch channel or via this link: https://hyperx.gg/KO.

Special guest Balrog, and casters Sajam, D1, Tasty Steve and Tk Breezy will take us through all the action on the day while hanging out and relaxing after what is sure to be an explosive EVO weekend. Here are the games lined up for them to compete in at the HyperX Showdown: Knock Out.

Smash Bros. Ultimate
JohnT, Marss, Mang0 and SherryJenix of Team Red compete against Fuudo, NuckleDu, Cosmos and hugS on Team Blue in a series of 1v1 Bo5s. All players have 5 stocks and items are turned on, just for the pure chaos of it all. In addition, Twitch chat can choose one of the following challenges:

Gang Beasts
GamerBee, SonicFox, Hayatei and Speedkicks from Team Red face off against Dabuz, Zain, Lucky and Snake Eyez on Team Blue in the 4-player party game for wrestling blobs. A Swiss format decides which players from each team are in each match, and each player is there to win points for their team. Could this result in some tactical takedowns? Or will every player's competitive edge be too strong to overcome?

Street Fighter V
Daigo faces NuckleDu in this tense battle where Twitch chat is in control. Depending on what variation the chat votes for, these two will need to try and win a Bo3 while:

Blindfold Pictionary
Hayatei, Speedkicks, Plup and SherryJenix represent Team Red in this bid to beat Team Blue's KitanaPrime, Zain, HugS and Snake Eyez in a round of blind Pictionary. The drawer is blindfolded, first to ten points wins.

Smash Bros. Melee
Plup and Mang0 face off against Zain and Lucky in one of the following challenges, with the order decided by Twitch chat:

Junk in the Trunk
Daigo and SonicFox on Team Red face off against Fuudo and KitanaPrime of Team Blue to be the first to empty a tissue box full of seven ping pong balls. The catch? They can't use their hands, and the tissue box is tied around their waist. Twerk up a sweat and keep digging in that trunk, boiz.

Rapid Spaghetti
Daigo, JohnT and Speedkicks from Team Red compete against Hbox, Dabuz and Cosmos of Team Blue in a race to move 3 soda cans from one table to another using only their mouths and a single spaghetti noodle. We foresee things going a little bit Lady and The Tramp during this one. After one pair have stacked their cans in a pyramid, the remaining third team member must knock them all over using only a rubber band. This division of labor seems a little off to us.

Tilt-a-cup
SonicFox and Marss on Team Red compete against NuckleDu and Lucky from Team Blue to catch ping pong balls. Each team has 7 red cups to fill with a ping pong ball each, and the players must work together to bounce the ball to the other who tries to catch it one-handed in a red cup. Once it's caught, the filled cup goes to the bottom of the stack, making things a little more difficult for the next one-handed catch.

Cup Ballet
Marss and Mang0 from Team Red compete against HungryBox and Snake Eyez to try and catch cups on the end of a 16oz soda bottle. One team member flips red cups towards the other to see if they can catch it just with the cap end of the bottle, first team to manage it wins.

Speed Eraser
Hayatei and Cosmos compete to bounce pencils off the table and into 8 different cups. First player to fill all 8 cups with one pencil each wins.

This Blows
GamerBee and Fuudo compete to blow 15 cups off the table using only the air from a single balloon that they have blown up. First one to knock off the cups wins.

Mortal Kombat 11
SonicFox and Plup compete against Dabuz and KitanaPrime in a 1v1 or 2v2 Bo3 depending on what Twitch chat votes for. Here are the variations to add a bit of challenge to these matchups:

Jenga
Finally, there will be a 1v1 and 2v2 Jenga game with JohnT taking on Fuudo, while Gamerbee and SherryJenix go against Hbox and hugS. To add challenge to the final challenge, the one-touch rule is active. If you try to wiggle a piece to see if it's safe, you must take it out.

If there's some time left, or it's still a tie between the teams, there are two backup games of Overcooked and Jackbox Party Pack 4 to settle things once and for all. Here's the schedule they'll be running to on the day, Monday August 5. All times are in PST.

The schedule for the HyperX Showdown: Knock Out is obviously subject to change, but here's when all of the games above should start if everything goes swimmingly.

Right, that should be enough to convince you to tune in to the HyperX Showdown: Knock Out if you're after some fun and games to chase away those post-EVO blues. Which game are you most looking forward to?