Apex Legends to get a 'fan-requested feature' in upcoming event

Something exciting is coming to Apex Legends. Could it be Titans, crossplay or a solo mode? Please let it be Titans. 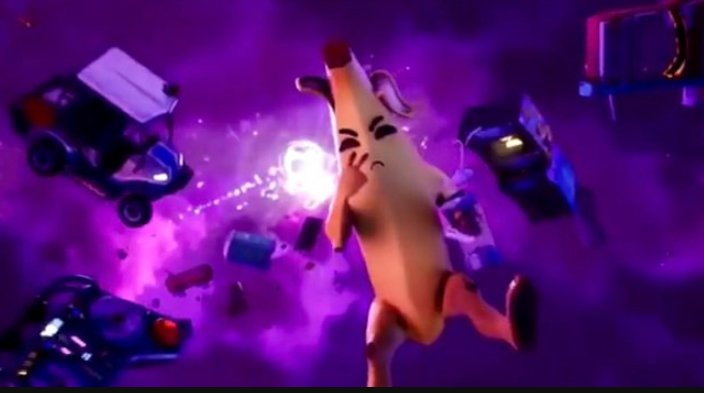 Who to give Flowers and Gifts to in Fire Emblem: Three Houses

The best people to give different Flower and Gift types to in Fire Emblem: Three Houses.

The opening cinematic for Fortnite Season 10 has leaked, showing off all manner of bizarre time-travelling oddities.

The leak came via an accidental early posting on the Fortnite Brazil Twitter account. While it was swiftly taken down, it wasn’t fast enough to stop users from capturing it:

No HD downloads existed, was posted by fortnite brazil's account by accident for about a minute

It looks like we’ll be heading back in time for Season 10 of Fortnite, or at least some of the map will. Following the detonation of the power orb on the island, Fortnite’s world is engulfed by change, and strange change at that. As we watch the default Fortnite guy floundering his way through a spacetime oddity, he passes by the countless additions to the game and island that have arrived in the many seasons (including one very upset banana), as well as hints towards a few new additions as well. Emerging from a portal, it looks like he’s returned to the time of Season 3, right before Dusty Depot was destroyed by a meteor.

However, not everything is as it seems. Keen-eyed viewers have spotted the volcano as he falls, an area which only arrived in the last few seasons. It sounds like Season 10 (or Season X) will include some temporal trickery, merging older areas of the map with new. Perhaps will get a chance to reuse some of the many vaulted weapons from over the years as well.

Fortnite Season 10 is due to start tomorrow, so we won’t need to wait very long to find out what on earth is going on with Epic Games’ chaotic little battle royale island.