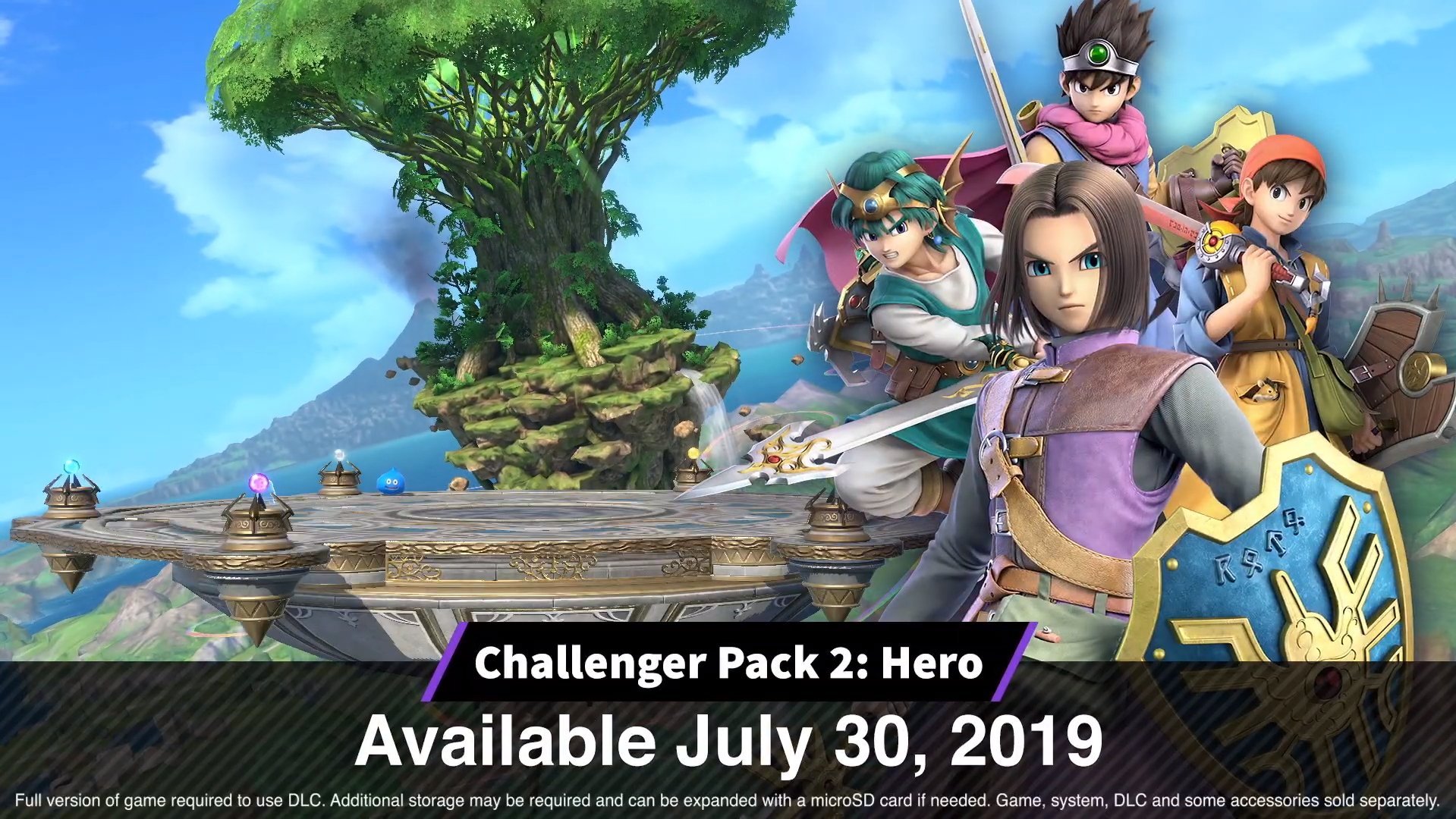 Super Smash Bros Ultimate's 4.0.0 update will arrive tonight, along with the Dragon Quest Hero DLC fighter and a bunch of other new content and changes.

The release date for Dragon Quest Hero is listed as July 30 in the Nintendo US Direct, but July 31 in the UK version, hinting that the launch time for Dragon Quest Hero will be past midnight in Europe. As it will be straddling the dateline for the NA and EU release, we expect Hero to release sometime between 6pm ET and midnight.

The 4.0.0 version of Smash Ultimate will include a few more changes to accompany the four Dragon Quest protagonists from 11, 3, 5 and 8. There are new Mii Fighter costumes to tie in with other Dragon Quest characters, including costumes that resemble Veronica and Erdrick for the Swordfighter Mii, Martial Artist outfits for the Brawler Mii, and of course, a Slime Hat.

Other changes include a time limit added to the Final Smash meter, so you can't instil an unending sense of dread in your friends, and a new Adventure Mode difficulty of Very Easy. Also you can now predict a winner when watching fights in spectate mode to earn items, which will be helpful for passing the time after you get knocked out in the brand new Online Tournament mode that has been added in 4.0.0. Better late than never!

You can see all the details of the Dragon Quest Hero's moveset in the Direct, or we'll have them all laid out for you in one place soon!