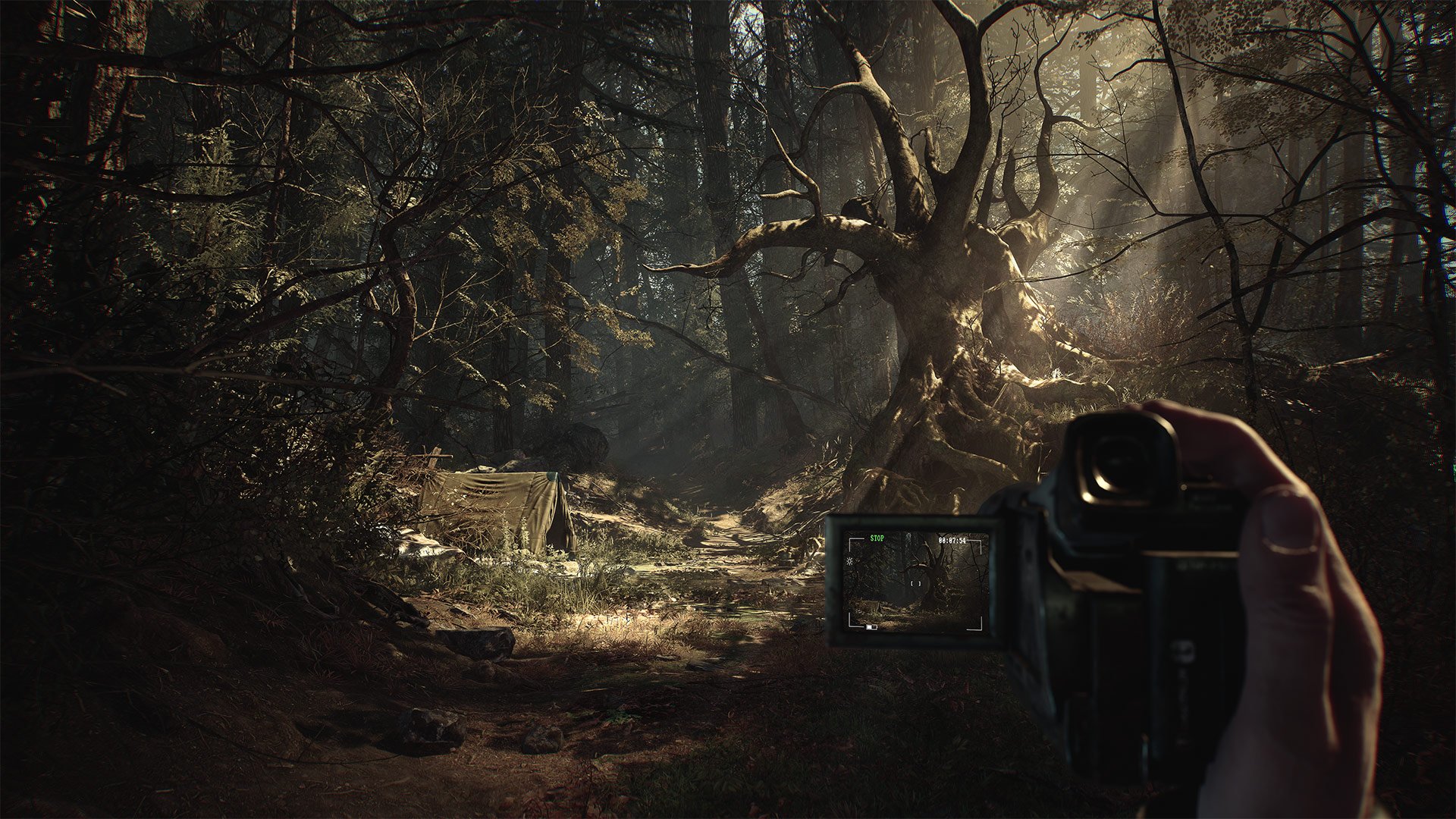 A new Blair Witch gameplay trailer shows us how the story goes down in the woods of Maryland, and it seems a lot like another indie forest explorer of late.

While out in the Black Hills forest to investigate some witchy shenanigans, our protagonist Ellis and his faithful companion Bullet The Dog, converse with a woman on the phone to add some much needed exposition to the creep goings-on around us.

The gameplay trailer shows us interacting with Bullet via an action wheel with all the usual Good Boy commands such as "Sit", "Seek" and something that looks like we're playing with our four-legged friend which almost certainly means he's not making it through to the credits roll.

Under development at Bloober Team, the studio responsible for other recent horror smash hits as Observer and Layers of Fear, we expect more than just the usual jump scares, though the Blair Witch gameplay trailer isn't without a few of its own.

Viewers with headphones will note the binaural whispering which seems reminiscent of the sort of psychological torture at play in Hellblade: Senua's Sacrifice from 2017. And with Ellis sounding a little unsure of his sanity we're certain those voices will do the rest of the Blair Witch's work for her.

Despite only being announced at E3 2019, the Blair Witch game is looking ready to make us run for our lives through a dense woodland on its release on August 30.