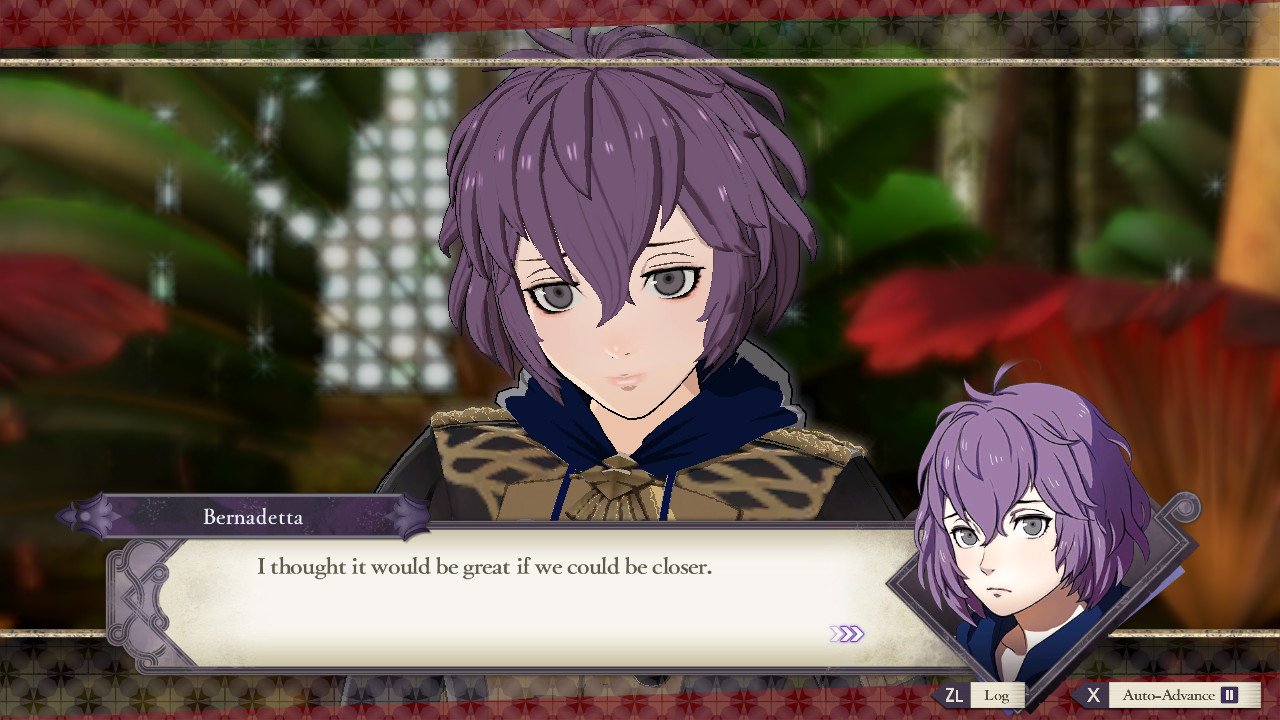 How to view Support Conversations in Fire Emblem: Three Houses

How to use Amiibo in Fire Emblem: Three Houses

Earn some extra loot early by learning how to use Amiibo in Fire Emblem: Three Houses.

With the free exploration of the monastery, Support is arguably more important than ever in Fire Emblem: Three Houses. Finding the ways to increase Support level is one thing, but it’s easy enough to entirely miss the all-important Support Conversations that increase your support rank and grant you enhanced power in battle. In case you’ve missed them, here’s how to view Support Conversations in Fire Emblem: Three Houses.

(Psst! Holding on to some Lost Items? Our guide can help you return them to their rightful owners!)

How to view Support Conversations

Build up enough Support with a character through battle, Gifts, Lost Items and other means and you’ll have the chance to interact with them in a unique Support Conversation. If the Support conversation is between you and one of the other characters, they’ll come and find you of their own accord, prompting a dialogue box that’ll ask you if you have time to speak with them. However, if the Support Conversation is between two of your allies then it’s up to you to find and view it.

To view Support Conversations between other characters, you need to open the Support menu. This can be done while viewing the calendar or exploring the monastery by hitting the X button to open the menu. From here, hit the Support button to bring up a list of all the characters in your house (there will be an exclamation mark next to Support if any conversations are due). You can also open the Support menu from the radial menu before any battle, but you won't be able to watch the conversations unless you're at the monastery.

Many of these stories are humorous in nature, but others are genuinely quite touching or emotional, so we highly recommend watching them through. Once the cutscene is complete you’ll reach a new Support level between the two, improving their combat abilities together.

It’s important to check your Support list regularly as characters will quickly gain Support ranks with each other when fighting on the battlefield or sharing meals in the monastery. It’s easy to forget about the list, then find you have 10+ conversations to go through at once, which can prove quite time consuming. Doing so will ensure your team is as strong as possible, and

If you open up a particular characters’ Support list, you’ll notice that some of the Support ranks include a small icon with two arrows above them. This means that the Support Conversation has two stages. Whatever the letter the arrows are over, you can earn two Support Convesations at that level, e.g. C and C+. Keep raising support to get the two parts of this stage in their support story.

Some Support Conversations can only be completed beyond a certain stage in the main story of Fire Emblem: Three Houses. If you haven’t reached it yet, you’ll get a message saying “It will take some time before you can deepen this bond.” Keep playing until you start a new month or event and then try again.