Stuck deciding who to pick in Fire Emblem: Three Houses? Here are some pointers to make the choice easier. 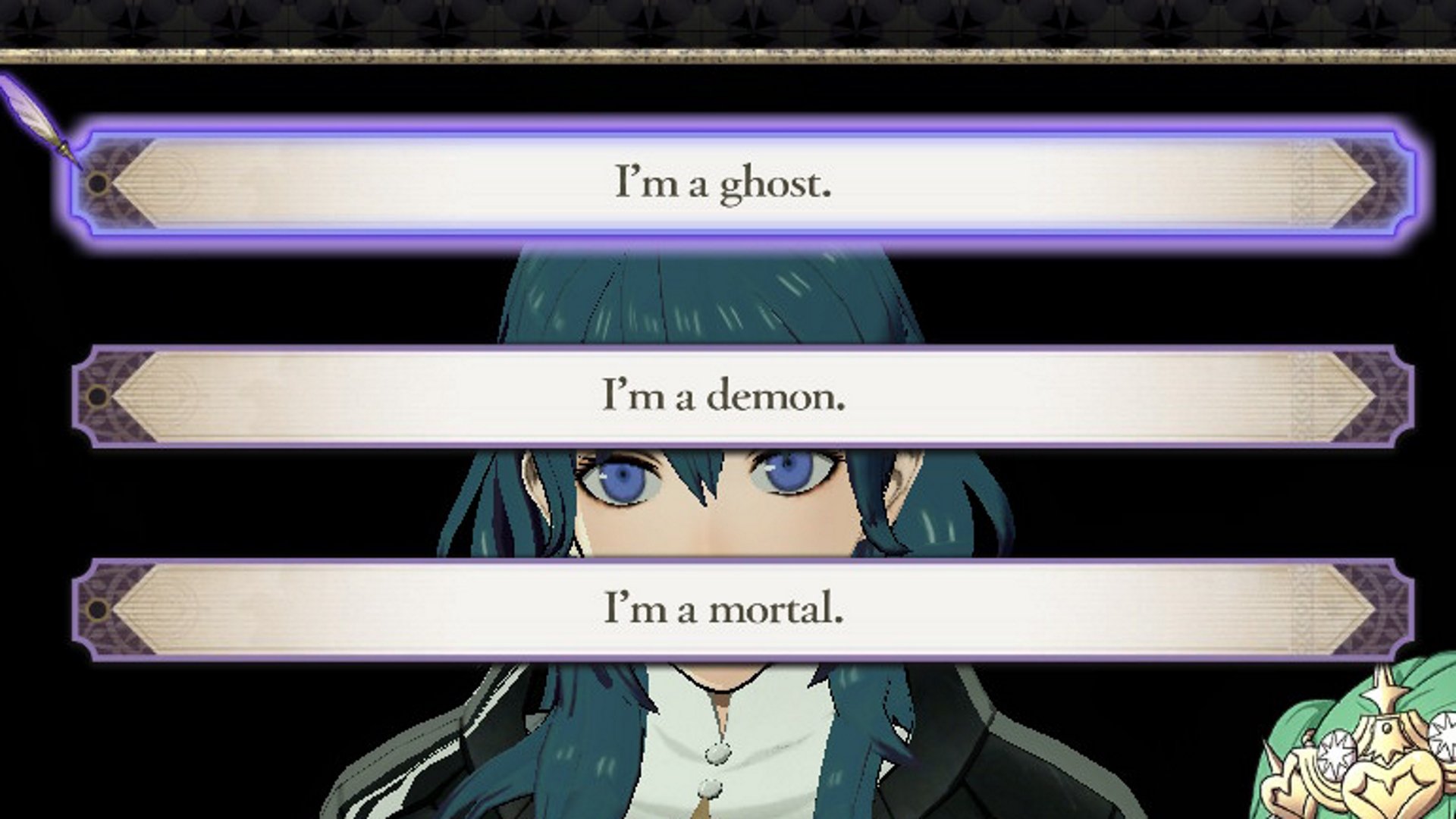 Want to know whether you should pick Normal or Hard, Classic or Casual in Fire Emblem: Three Houses? Here are the differences between each setting!

Right at the start of Fire Emblem: Three Houses you’ll be introduced to Sothis, a mysterious, young and eternally sleepy character who spends her time in a foreboding chair. One of the first things she’ll as you is what you are, prompting a choice of Ghost, Demon or Mortal. If, like us, you’re paralyzed at the thought of having to make a decision, you might be wondering if this selection has some far-reaching consequences in the game. Will it determine your class? Your story? Your relationship with Sothis? Don’t worry, the choice of Ghost, Demon or Mortal in Fire Emblem: Three Houses won’t affect any of these things.

Your choice of Ghost, Demon or Mortal won’t affect anything in Fire Emblem: Three Houses. If you pick Ghost or Demon, Sothis will simply ask you to stop messing around. The only option that continues the game immediately is Mortal, at which point you’ll have the chance to choose your name. In short, it isn't really a choice at all.

Given the number of people fretting over this choice, perhaps the game developers didn’t quite expect how many people would get stuck over this small early decision! In truth, it’s probably there just to help you get used to making decisions about your character and their outlook on things. You’re going to need to choose a lot of dialogue options in Fire Emblem: Three Houses, so get used to being comfortable making up your own mind! It won’t be long before you need to choose between the Black Eagles, Blue Lions or Golden Deer, and while you should absolutely pick the Golden Deer because they’re the coolest house, every student in the game is worth a look.

Once you’re past choosing between Ghost, Demon or Mortal and are into the game proper, you’ll be ready to learn the basics of professorship, which of course means mastering how to fast travel and reclass! We have plenty of other Fire Emblem: Three Houses guides available, including lists of all Personal Skills and Budding Talents for the students.