How to reclass characters in Fire Emblem: Three Houses

Adjust and re-class the classes of your characters by following these steps in Fire Emblem: Three Houses. 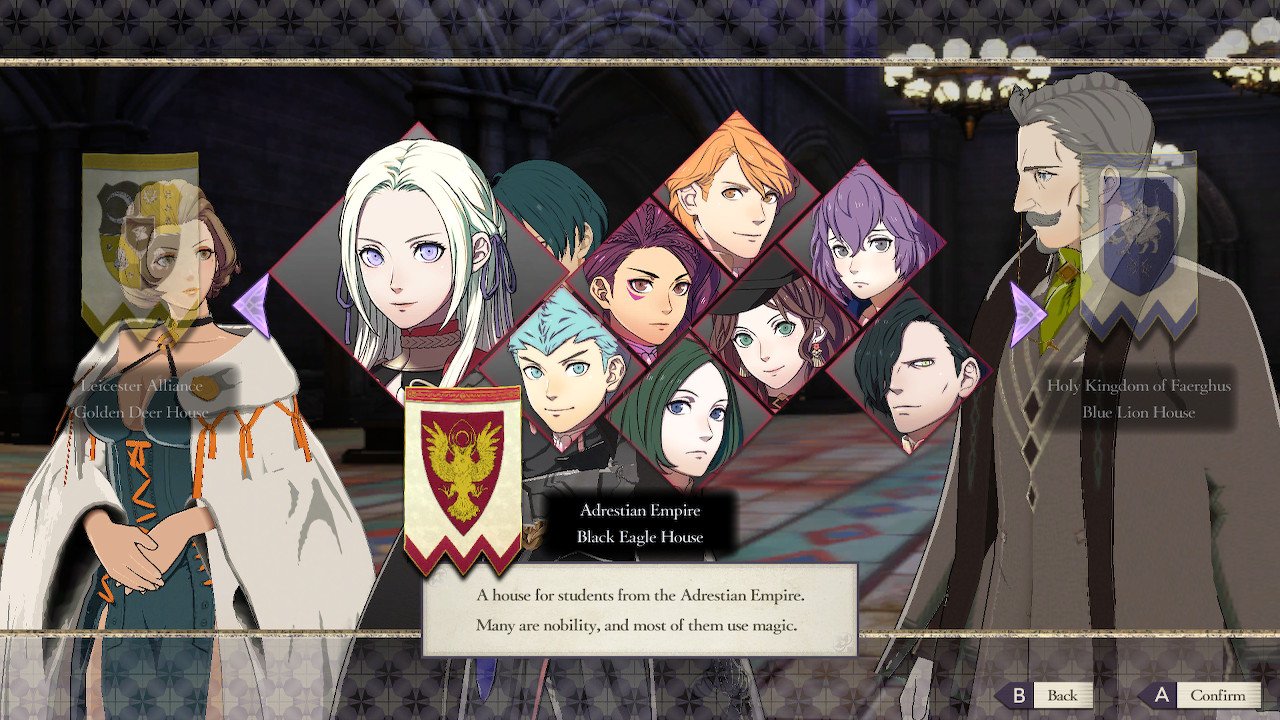 Wondering if the choice between Ghost, Demon or Mortal is important in Fire Emblem: Three Houses? Fret not, we've got you covered.

The house you pick in Fire Emblem: Three Houses will become your students for the bulk of the game, allowing you to teach and get to know them, as well as take them into battle. None of the houses has a particularly tougher time than the others, but they are different, with certain specialities and attitude.

There are eight students in each house, and if you’ve spent some visiting them all before you make a decision, you might be worried about losing access to 16 of them. Thankfully, this isn’t the case. No matter which house you choose in Fire Emblem: Three Houses, you’ll still be able to explore the monastery and speak to the other students, build support relationships or even romance them. Later down the line you’ll also have the opportunity to recruit students from other houses, so if there’s a particular character you’re keen to have on your team, you will have the chance to grab them. This will take some time though, and requires you to train specifically in the skills they’re interested in.

Relationships or Mechanics - it's your choice

So if you’re able to continue talking to any of them and even recruit them to your squad, how should you know which house to pick? The Golden Deer are easily our favorites, but in truth there are two main ways to approach this. If you care more about story, relationships andromance, pick the house with the characters you like the most. You’re going to be seeing a lot of them, both on the battlefield and off, so make sure you’re happy with your choice.

The house leader will also act as a tutorial of sorts, teaching you about the mechanics of the game. To that end, you don’t want to choose someone you don’t like the voice or looks of! You can learn about the students of each house in our guide to all characters. The Black Eagles are from the oldest imperial empire. They rate themselves highly and expect success. The Blue Lions care deeply about honor and duty, but have a darker backstory than most. They value dignity and respect. The Golden Deer are the most raucous of the lot, with a larger number of Commoners. They're more relaxed than most, but they're all extremely eager to prove themselves.

The second option is to pick based on weapon types. The Black Eagles are led by Edelgard who begins wielding an axe, but the house’s speciality is in magic. More of their students than the other two houses will be capable of reason and faith magics. The Blue Lions are commanded by Dimitri, and excel with Lances. Many of their students will be capable of upgrading to the soldier or cavalier classes. The Golden Deer leader is Claude, and his house specializes in archery. Each house will have students strong in every category, but with a greater number in their area of expertise. If you want to look into things a bit deeper, you might want to consider the Personal Skills each student has.

In short, if you like the designs and voices of the students in one house, pick it. If you prefer to make a choice based on gameplay and have a preference for Magic, Lances or Bows, pick the house that corresponds. There’s no wrong choice here, and you won’t be cutting yourself off entirely from the rest of the game. Hopefully you've now got an idea of who to pick in Fire Emblem: Three Houses, or at least won't worry too much that you're missing out. Once you're ready to crack on, be sure you've read our guides on how to reclass and fast travel in Fire Emblem: Three Houses as well!