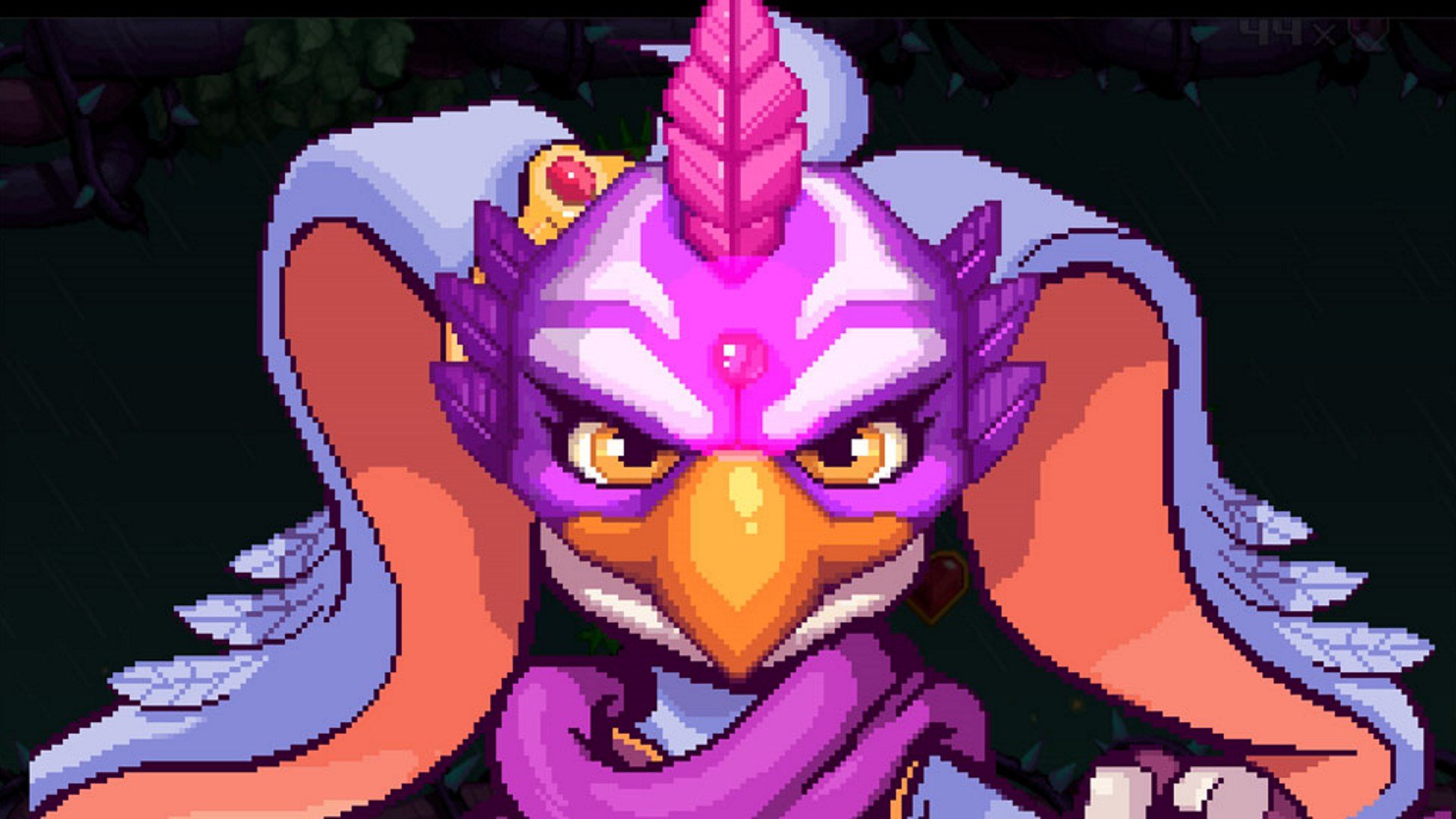 Every Saturday, studios and individuals the world over take to Twitter to share images and videos of their games in development as part of #ScreenshotSaturday. It’s a fantastic celebration of how widespread and varied game creation has become, not to mention a great way to keep an eye on upcoming gems or spot incredible artwork. Collected below are some of the coolest stills, gifs and videos from this weekend which we’ve gathered for your perusal pleasure. This week we've got hoverbikes, the Wild West, tanks and more!

If you’re looking to rekindle your love for the games of yesteryear, Kaze and the Wild Masks may hit that perfect spot. Intended to replicate the style of classics from the 16-bit age, Kaze is a side scrolling platformer starring a particularly feisty looking bunny.

After a comet impact fills her world with enraged plantlife, long-eared Kaze needs to explore the Carrotland and figure out a solution. It looks like a mashup of everything Sonic, Mario, Megaman and more.That means plenty of hopping, sliding and boss-fighting as you traverse the game’s levels. You’ll also run into the bestial masks from the game’s title, granting you various powers. Donning the bird mask will let you take flight, while the shark mask gives you the ability to swim. And the tiger mask? Er, that’ll let you wall jump of course. Look, we’re not going to ask a tiger to its face if it can wall jump, so let’s just roll with it.

VOX seem to be progressing well with the title, and intend to release the game on all major consoles as well as PC. They’ve currently got a demo in the works, and you can sign up on the game’s site to be informed when it drops.

Another architectural sketch of El Hijo. Out of the monastery, through the garden and to the desert! #screenshotsaturday #gamedev #indiedev what do you think? pic.twitter.com/UZVoUNxaI7

El Hijo is an unusual take on the spaghetti western, injecting the Wild West setting directly into the veins of a sneaky stealth-em-up. Set in an mythical alternate to the 19th century, you play 6-year old El Hijo as he attempts to escape a monastery and find his missing father. Unfortunately, sleezy gangsters aren’t the only things inhabiting this world, and Hijo will avoid some unpleasant monsters along the way.

Developer Honig Studios has taken direct inspiration from Sergio Leone’s classic Western movies, and it’s led to environmental art that really captures that gorgeous vermillion glow of the setting sun. The gameplay looks to be your classic stealth fare of learning patrol routes and waiting for the opportune moment, but Honig has promises we’ll also be fighting through the desert and “outsmarting horrible gangsters in the saloon of a villain town.”

It’s early days yet, but concept shots on the game’s site show off complex architecture, sneaking in a gold mine, and even a railway shootout. We’re hoping they’ll look just as gorgeous in the full game.

Surprisingly, it’s not often we get to include a good old static screenshot in the showcase (this week being a big exception), so you’d be fair to question what’s so special about this title. While the image alone might not seem too flashy, mention the words “VR hoverbikes” and we’re suddenly all ears. Ground Runner Trials is a “shoot ‘n’ loot” VR game from Astrofish Games. From the shot clips we’ve been teased so far, the game will be a mix of hoverbike racing/platforming with a good dose of gunsmanship thrown in the mix.

You’ll have to race around the rocky landscape, fending off aggressive ships and scavenging resources for upgrades. While that might sound familiar to those who’ve played the VR Hover Junkers, Ground Runner is running on a whole other level of speed. The game looks so fast in fact that we’re really beginning to question if we’ll even have the time to aim a gun while we’re racing along. Shooting out of a regular car is hard enough in games, so adding the speed of a  hoverbike may push things to unwieldy levels of difficulty.

Still, while the bulk of the game might have you facing off against other ships, the target practice runs look like an absolute blast, too. We can easily imagine running the course over and over to nail the best time — if we can hold back the vomit from all that zooming around, mind.

#GroundRunnerTrials #indiedev #vr Getting there guys! We are still cracking on with it :D pic.twitter.com/hg5MlmKFcX

Recently there’s been a trend of indie studios releasing games for old-school consoles, just take a look at Tobu Tobu Girl for the Game Boy, or Finland’s 100-year anniversary NES game, for example. While these projects are certainly fun to write about, is there really a demand for this new wave of retro releases? Judging by Xeno Crisis’ fully funded Kickstarter, there certainly is.

Planned for release on the Sega Genesis/Mega Drive and Dreamcast, Xeno Crisis is a top-down, run & gun shooter which pits you against room upon room of Aliens-style bugs to splat with your arsenal of heavy weaponry. It’s filled with all the explosions, guns and macho music you’d expect from a game of the era, making it sure to ignite the nostalgia zones in any older gamer’s mind.

You’ll need to shell out £40 for the Genesis cartridge (that’s around $54), but there’s also the cheaper option of a downloadable ROM or Dreamcast release. The Kickstarter funded in just 40 hours, and with 22 left the developer is currently pushing towards a two-player stretch goal. If that sounds like your cup of tea, be sure to check it out soon.

Wow, thank you to everyone who has supported Xeno Crisis over the past couple of days - we hit our funding goal in 40 hours and can now announce that we have added two stretch goals - a 2-player co-op mode and a #Dreamcast port! #segadoeswhatnintendonthttps://t.co/4JxU82aH5C pic.twitter.com/HfvrzCV9aE

Here at AllGamers we love a good bit of shared-couch gaming. There’s nothing better than battering your friends in titles like Worms or Mario Party, and on that front, Benerot’s Tankrovia looks right up our street. Taking control of some tooled-up sci-fi tanks, you and three friends are free to blow each other to smithereens with flamethrowers, rockets, railguns and even wormholes.

Matches take place on small arenas, and naturally there are power ups, turrets and all sorts of boosts you use to your advantage. So far Benerot have only confirmed the title for PC (with a Alpha coming in January), but we’d love to see this make its way onto console in the future as its low-poly blasting seems like the perfect excuse to get four friends round for an evening.