A new Champion called Io is joining the roster of playable characters in Paladins. 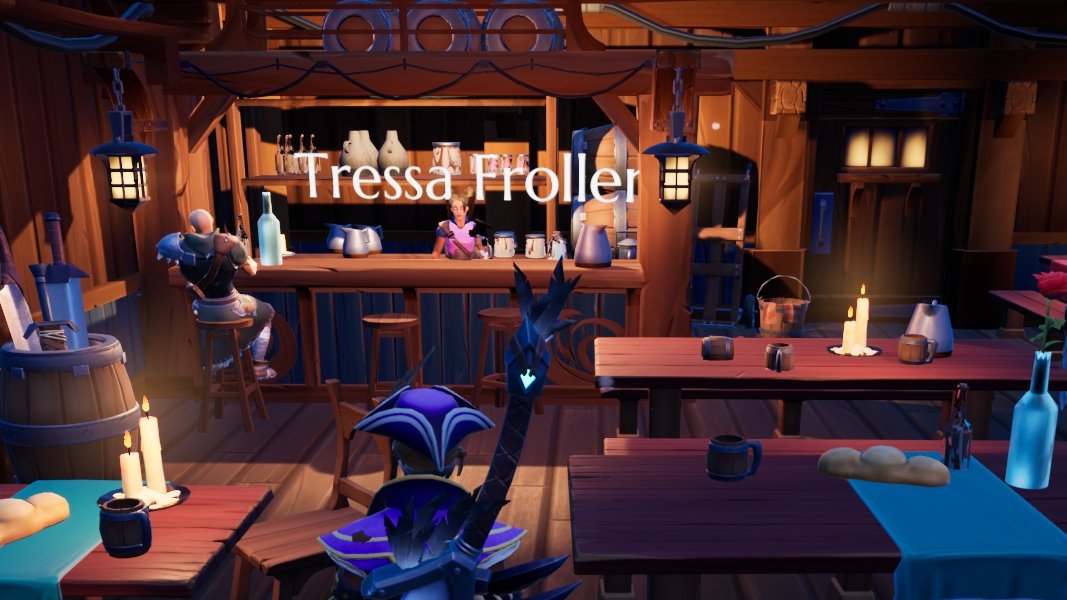 The first Marvel's Avengers footage has been leaked online from San Diego Comic-Con.

There are many NPCs loitering on the streets of Dauntless’ Ramsgate hub-town, and as you progress further in the game you’ll get the chance to chat with a selection of them. The characters you can interact with all come with names above their head, indicating they’ll be able to set you some quests or help you out with a particular feature. However, spend a bit of time wandering the town’s streets and you might spot Tressa Froller, the NPC working in Ramsgate’s tavern. Can you talk to Tressa Froller in Dauntless and who even is she? Let’s find out.

Right now, you can’t talk to Tressa Froller. It’s not possible to enter the bar she works at, despite several Slayers lounging around inside. We suppose drinking on the job is frowned upon or something. There’s an invisible barrier around the tavern which is visible more distinctly if you use an emote such as throwing stars which will stick into it, appearing to float in midair. Why is Tressa Froller named in-game? That’s a more interesting question. It appears she’ll have some purpose in the future, but right now you can only find information about her in the game’s lore.

Despite working at the tavern, Tressa Froller is listed as the Harbourmaster of Dauntless and an avid biographical researcher. She previously travelled with Katerin Sorrel to scout out new lands to settle on. What caused her to leave that role and start working in the tavern, we don’t know. In gameplay turns, perhaps in future we’ll be able to cook up meals or down some Ramsgate ale before a mission to boost out state. Tressa Froller has been in Dauntless since before the official launch but Phoenix Labs has yet to bring her into action. We’ll just have to wait and see when and what Tressa Froller brings to Dauntless when she’s added to the game proper.

Well now you know all there is to know about Tressa Froller in Dauntless, including the fact that you (sadly) can’t talk to her. While you’re here, we have tons of Dauntless guides for you to look at, including how to spend the new Marks currency, and all the daily Dread Skull locations for the new Fortune & Glory season!