A Dragon Quest Builders 2 Farm will help you complete Tablet Targets and give your animals somewhere to stay. 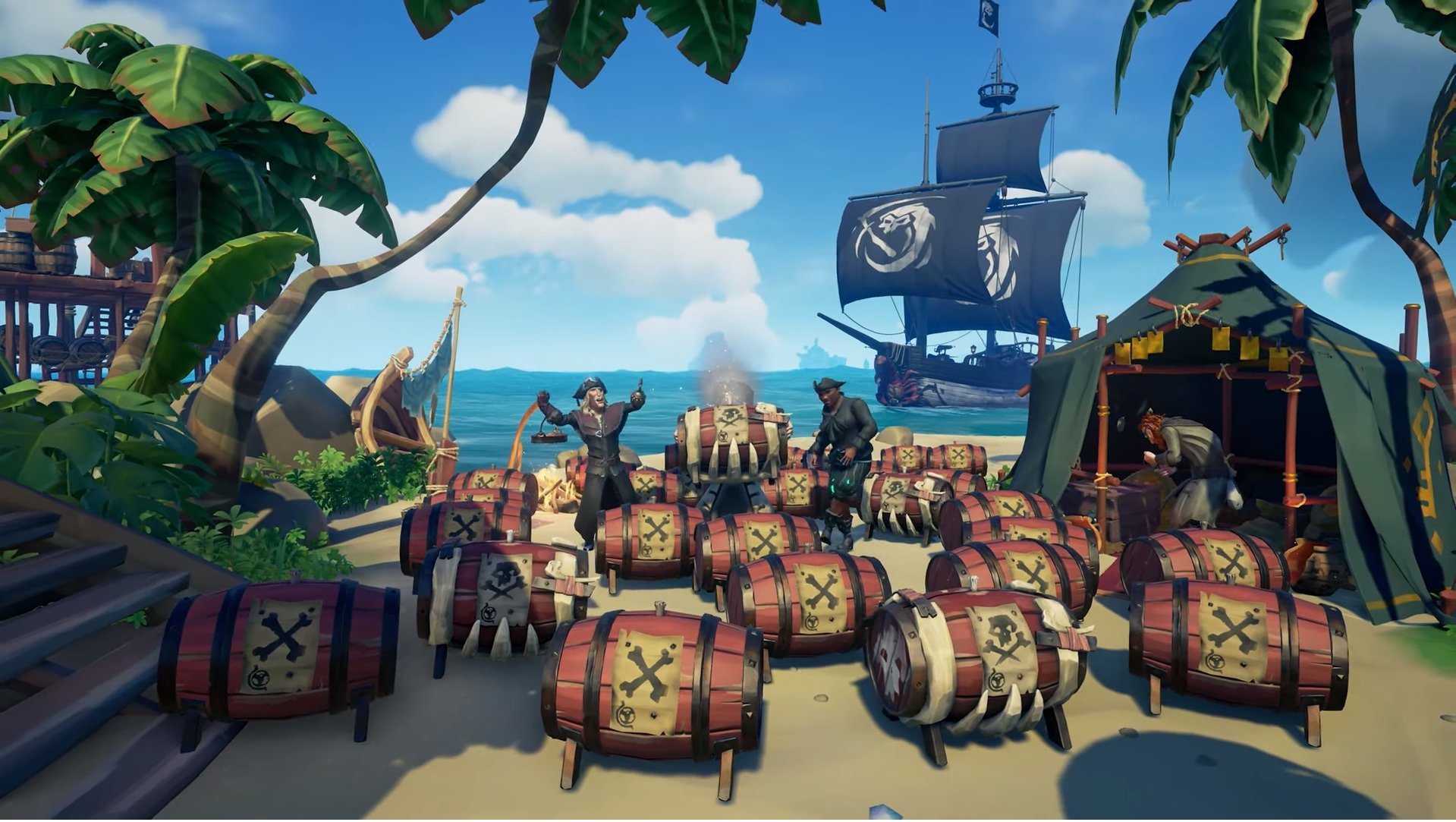 Wargroove will release on PS4 next week, finally bringing its strategic indie battles to Sony's console on July 23.

Sea of Thieves has begun its new monthly content plan with the launch of the limited-time Black Powder Stashes event.

Black Powder Stashes brings explosive new voyages that players can spend their hard-stolen doubloons on, as well as Mercenary Commendations that’ll pay out titles and hefty sums of doubloons. Simply visit a tavern and speak to Duke to get started on the new voyages, but don’t expect an easy ride.

There are currently five different voyages that’ll see you ferrying explosive barrels around. It’s a risky business, made even more so by the fact that the tougher voyages will intentionally push ships down the same paths, increasing the chance of explosive encounters.

Collect your share of Stronghold or Gunpowder barrels and you’ll be able to turn them into any Trading Company for a handy XP boost with that faction. Already a Pirate Legend? You can also grab yourself Athena’s Fortune reputation if you visit the the Mysterious Stranger instead.

Mercenary Commendations bring new ways to score doubloons and unlock titles, and there are also exclusive Reaper sails and a Reaper figurehead to be earned while the event runs. Black Powder Stashes is planned to end on August 14, where it’ll be followed up by the Dark Relics update. We don’t know what’s coming in that yet, but it’ll be just one part of the regular, monthly updates planned for the foreseeable future of the game.

Yesterday Rare released a new Developer Update video in which executive producer Joe Neate discusses their new update schedule. The team want to make a more sustainable system that’ll let them continue to support the game for a long time, and have settled on the monthly updates as a more consistent approach that will be manageable and easy for fans to understand. Neate suggests that players can expect to see new voyages, rewards and quality of life updates in future updates, but also new Tall Tales and updates to existing mechanics.

Sea of Thieves is available now on Xbox One and PC, where you can jump straight into the Black Powder Stashes event.