The new Switch will replace the original model and offers up to nine hours of battery life. 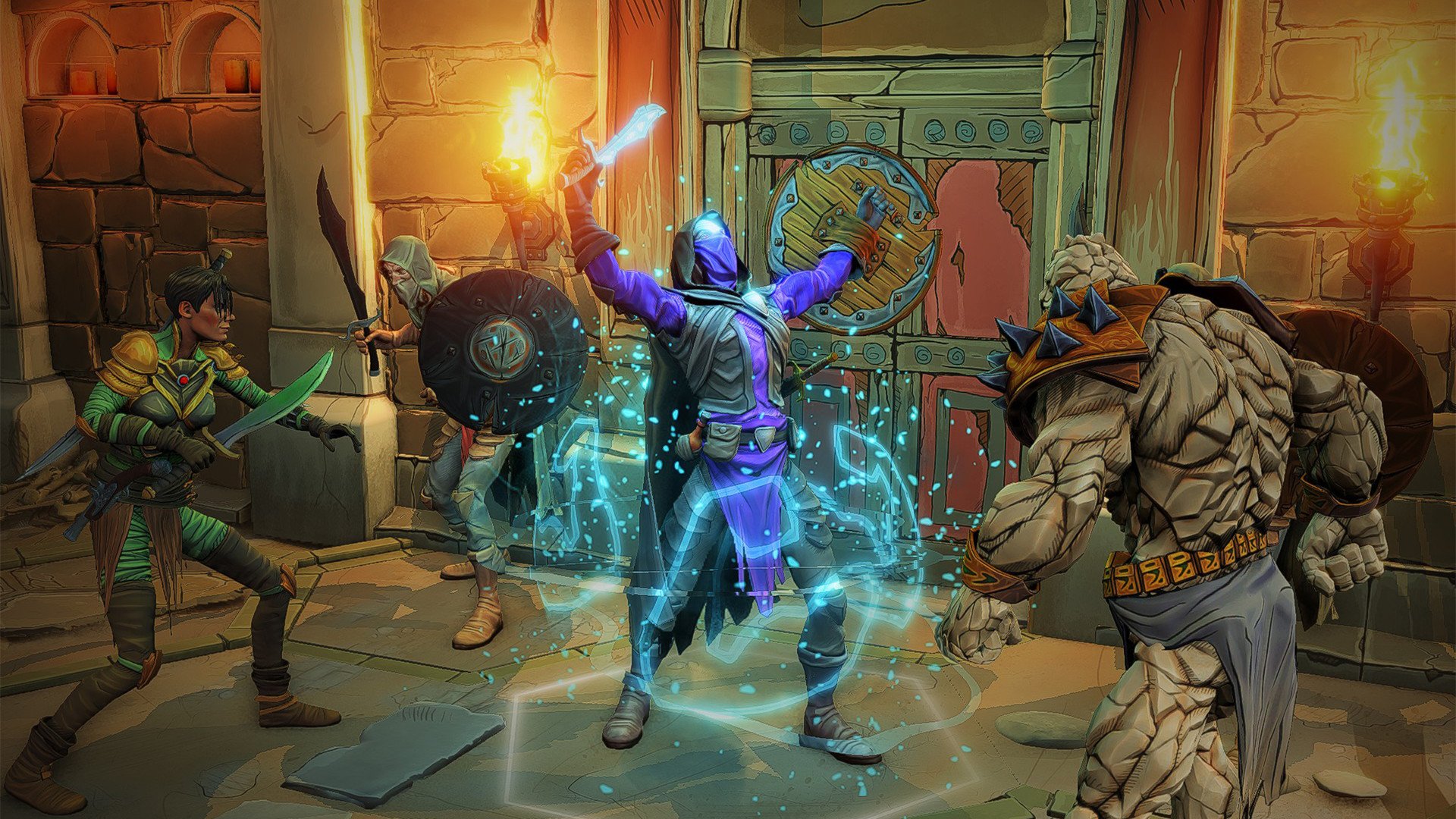 Learn where to find all the daily Dread Skull locations and what they do in Dauntless.

A digital version of the board game Gloomhaven has released on Steam in Early Access today.

Card-based, tactical RPG Gloomhaven proved extremely popular in the realm of board games, earning several reprints of its expensive campaign box. It currently sits at the top of BoardGameGeek's user-voted list which is no mean feat, but to grab a copy you'll need to shell out upwards of $150 USD. If you wanted to experience the same style of gameplay in a less tactile but far cheaper format, you can now pick it up on Steam for $24 (roughly £20). The adaptation's developed by Flaming Fowl Studios, who've previously released the collectible card game Fable Fortune.

The physical version of Gloomhaven comes with intricate miniatures, sealed boxes to uncover and complex maps with varying paths to follow in its campaign. While the former certainly can’t be replicated, video games make for a sensible place to recreate the randomness and twisting narrative elements of the board game.

Part of Gloomhaven’s appeal was its sheer breadth, featuring 17 playable characters who had individual stories that could be completed as you progressed through your campaign. It sounds like the digital version is launching into Early Access so that they can release with a portion of the full physical content (4 heroes to be exact), with more added as development progresses.

The core game plays in a roguelike style, with players wading into grid-based fantasy dungeons to battle monsters and steal loot. Actions are determined via a deck of cards, with each each card listing a top and bottom ability along with an initiative ranking. Players pick a top and bottom ability from two cards, discarding them both after use. To get them back requires taking a turn to rest, but doing so causes you to lose some of them for the mission. Even worse, some powerful cards are lost immediately upon use. Run out of all your cards and it's game over.

We’ll have to wait and see if the digital version of Gloomhaven is as unforgiving as the board game, but if you’re interested then you can check out the Steam store page for more information.