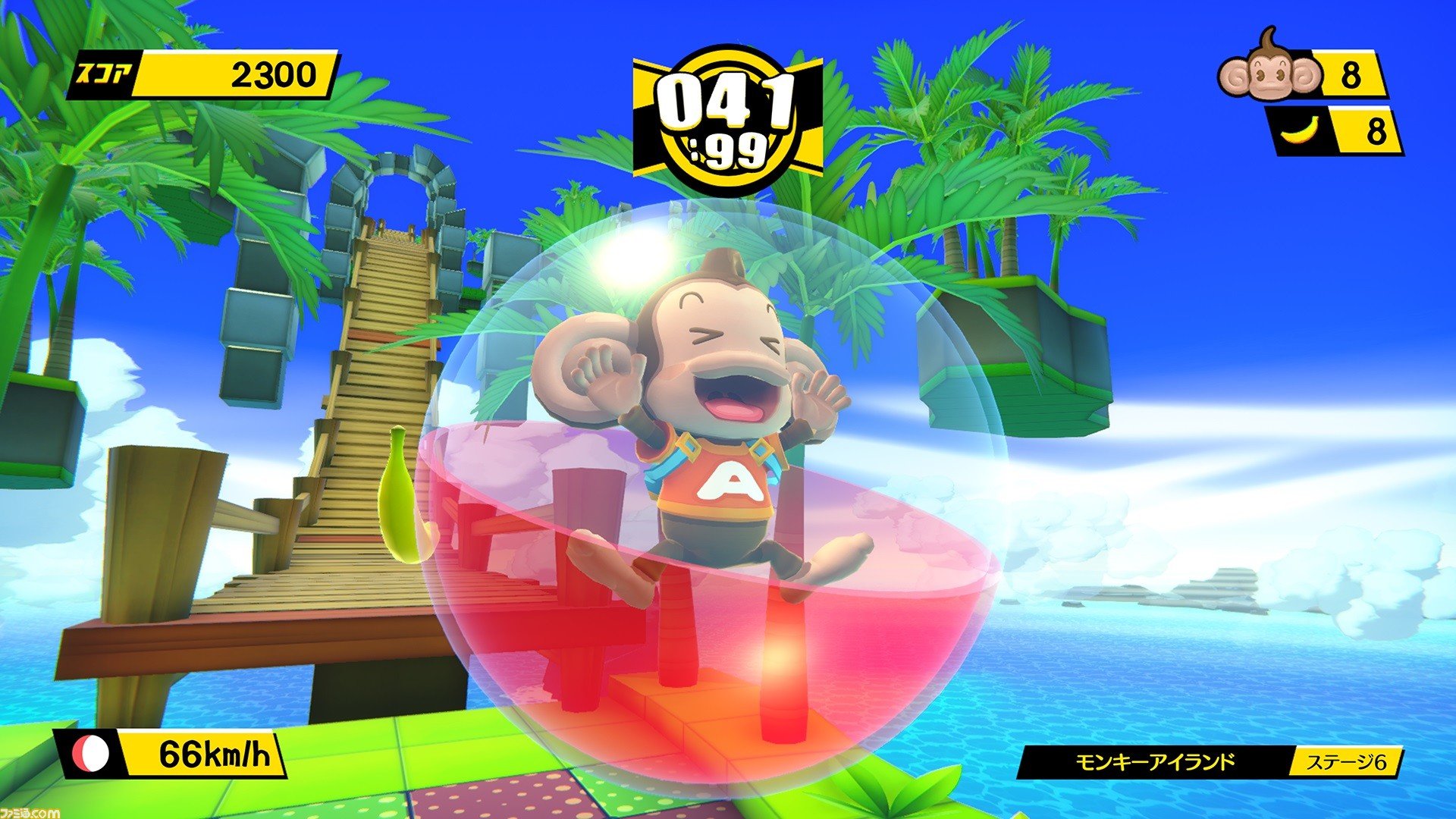 Find out if Dragon Quest Builders 2 has any cross-platform support or crossplay enabled for multiplayer.

Update: It's now been confirmed in tweet by Nintendo of America that the new game is Super Monkey Ball: Banana Blitz HD, a remake of the 2006 Wii release. The release date is set for October 29 on Switch, PS4, Xbox One and PC, meaning it'll arrive in the west two days ahead of Japan. Banana Blitz received unimpressive reviews upon its first release, so here's hoping Sega will take the time to spruce up the game a bit and give those monkeys a polish with some extra modes, more singleplayer options and - dare we say it - online multiplayer. Either way it's great to see Super Monkey Ball making a return, we can only hope this paves the way for remakes of the excellent first two games from the series.

Original article: The first images of the Switch Super Monkey Ball game have been released, with a release on Switch, PS4 and PC planned for October 31 in Japan.

Last week we pointed out a potential new Super Monkey Ball game was headed to the Nintendo Switch, PS4 and PC, and now we’ve got our first look at it thanks to a new article by Famitsu.

The reveal post for Tabegoro Super Monkey Ball (Japanese name) shows off lead monkey Ai Ai who doesn’t appear to have changed a bit in all these years. Those balls must be filled with anti-ageing air or something. We also get a glimpse of Baby too, with the pair making their way through snowy, tropical and a pirate ship themed levels. The levels are titled Sherbet Town, Monkey Island and Pirate’s Ocean, respectively. All of them seem just as colorful and lively as we’d expect from the series.

It's not immediately clear, but from the sound of it the new game may be a remake, or at least include, the 2006 Super Monkey Ball Banana Blitz. We're hoping it'll include further content or tighten up Banana Blitz if true, as the Wii release was far from a highlight for the series. Seriously, where are the Super Monkey Ball 1 or 2 remakes?

Whatever happens, it looks like the new Super Monkey Ball will be retaining the classic gameplay format of racing (or rolling) against the clock through tricky puzzle--platforms to reach a finish line, with shorter times equalling higher scores. The images shown are fairly tame levels, but we’ve no doubt they’ll reach controller-tossing levels of difficulty in the latter stages. According to the post, the game will introduce several new mechanics, but we’ll need to wait until a full translation of the article is available to confirm further details.

The name Japanse name Tabegoro refers to something being ripe or ready for eating, which would fit with the food theming of the Sherbet Town. We’re not sure where the pirates come into it or why there are bananas on a Sherbet mountain, but these are minor qualms. The new Super Monkey Ball is planned to release on Nintendo Switch, PS4 and Steam in Japan on October 31. A western release has yet to be confirmed.