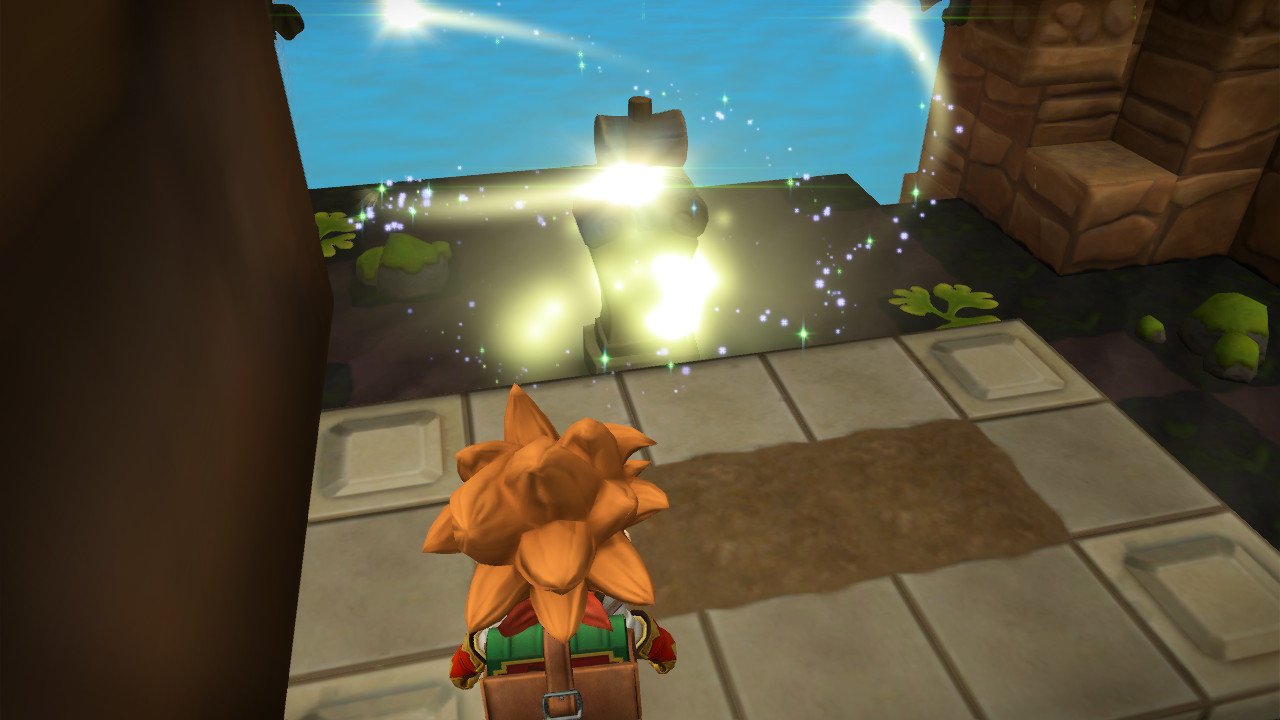 Want to know what PS4 consoles, PS4 games and accessories are on offer in Prime Day 2019? We've got you covered.

If you've been looking for the 10 Furrowfield puzzles in Dragon Quest Builders 2 then you might have dug-dug-dug yourself into a mini medal hole by now! Don't worry, though, we're here to help you out. There are plenty of other Furrowfield secrets to spend your time searching for, anyway.

Earning mini medals lets you unlock accessories and other nice items when you get back to the Isle of Awakening and talk to the Hairy Hermit again. Depending on how many you find and turn in there are increasingly rare mini medal rewards to earn, and some of them will really make your Dragon Quest Builders 2 room recipes shine. There are 10 mini medals to find in Furrowfield, the first of DQB2's main story islands, and they each require you to solve a little puzzle to earn them. We'll let you know exactly where to look to find the mini medal puzzles and maybe if you're lucky we'll give you a hint on how to solve them. Here are the mini medal puzzle locations in Furrowfield.

This mini medal puzzle is located directly south of Furrowfield Farm. You'll be able to see it from your doorstep, practically. Just use the gloves to pick up the two blocks and stack them on the shorter tower match the height of the pre-built tower of blocks.

The second Furrowfield mini medal puzzle is likely to be the first you encounter if you get a little lost on your way from the docks. To the East of Furrowfield Farm there is a "puzzle" that requires you to knock out a block stopping water from flowing into the basin below. You did it. Well done.

This puzzle is tucked away in a cliff in a small alcove near the water, just to the North East of Furrowfield Farm. Pick up that dirt block with your gloves and put it in its rightful place. That's it.

This mini medal puzzle can be found to the South West of the bog, in a valley directly West of Pastor Al's cliffside cabin. It's similar to the first puzzle, where you need to unblock a water flow, but the second basin is too long for water to flow naturally. No problemo, just place a single block of dirt beneath the opening so it flows one block further and it'll cascade into the bottom trough. Congrats on your mini medal. (Note: for any of these involving water you can totally cheat if you have the pot already. Just scoop up some of the source water and bung it in the bottom trough)

Keep heading South through the bog, past the valley for last puzzle, and you'll see a huge cave opening out onto a beach front, just to the West along this beach you'll find this mini medal puzzle. It's tough to tell what's going on at first, but if you pan your camera straight down you'll see there's a slime face outlined in slightly different colored sand blocks beneath the water. There are two of these sand blocks on the side of the left-hand picture frame. You'll want to knock out the corners above the mouth, as shown above.

The next Furrowfield puzzle is located on the cliff on the other side of the rive from Pastor Al's clifftop cabin. You can see the braziers twinkling in the distance from his warp point, but to get there you'll need to scale the cliffs on the other side in the rainforest area. Quite a simple one but will require some Advance Building Technique to solve. Place the blocks scattered around the base on the missing parts of the large cube with your gloves, similar to the earlier puzzle with the two towers of blocks. This time, however, you'll need some extra heigh to get those top blocks on. Stand on the wall around the perimeter while holding a block, look up and jump toward the cube. Place the block when you see its outline pop into position.

To the South of the rainforest area, behind the large tree with the friendly Bodkins living in it, you'll find this Furrowfield mini medal puzzle. It's pretty simple again, grab some of the Glowdrops nearby and put them on only the green squares. Enjoy that mini medal.

Back up to the North East of the map, way up over the cliffsides you'll find a mini medal puzzle tucked into a small wooded area on the coast. Don't go down to the pedestal straight away though, because the solution lies far above. Knock out the blocks stopping the water falling all the way down to the basin below and you'll have your prize.

This one's a tricky one. If you check your bird's eye view near Fat Rat Rise you'll see this "courtyard" on the inside of a mountain. Head to this cave just to the East (careful not to die to the green-tunic orc who guards the entrance) and you can head through to find the puzzle.

The puzzle itself is quite hard as well, as the source of the water is far from the basin and you need to construct a very slight ramp for it to come down and still have enough vertical potential energy to make it to the pool. OR you could just wait until you have the pot and cheat like this. Come on, which are you going to do really? Come on now. Be honest with yourself.

The last Furrowfield mini medal puzzle you'll find will be the one that requires the ability to glife in the air. Without spoiling anything, if you carry on through the story of Furrowfield you'll eventually be given a cape that lets you glide. And if you keep following the story even further you'll end up on an island that you can only glide to with a mini medal puzzle hidden round the back of it. The third island you are sent to, for the Coraline flower seeds, with the slime guarding a gravestone, is the one you want. Down in the South West of the map. The Puzzle itself is on the North West side of the island, slightly hidden under the cliffside. This time using the jug to fill the basin with water isn't a cheat, so no need to feel guilty after the last two times. You'll probably already have some water in the jug so just chuck it in.

Now you've found all 10 Furrowfield puzzle locations and completed you mini medals collection! If you want to know what you get for what number of mini medals, check out our mini medal guide to Dragon Quest Builders 2! Or if you're looking for more Furrowfield secrets then we'll help you out there too!