For the skilled snowboarders among you. 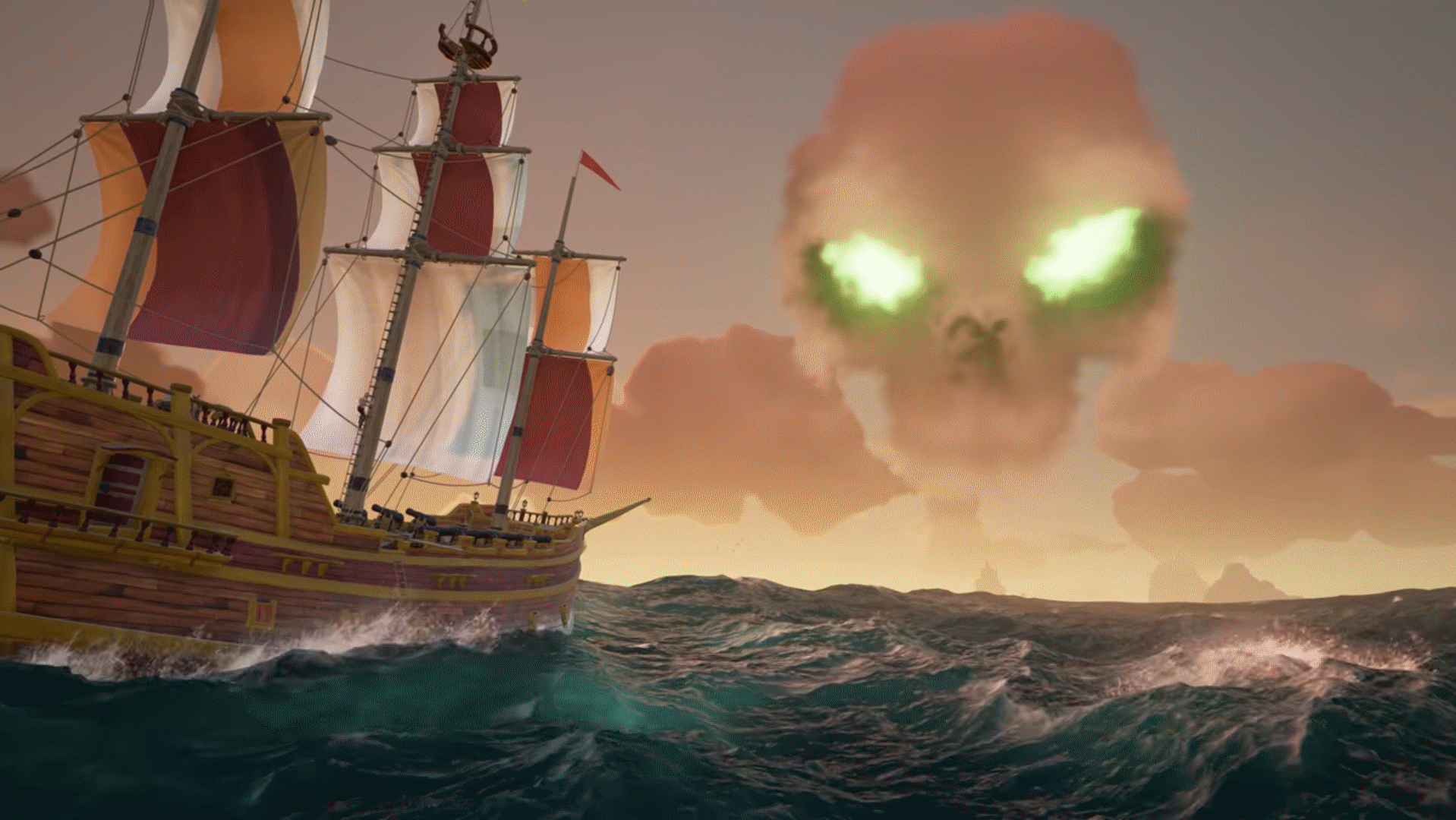 Rare has detailed the progression mechanics in Sea of Thieves, their upcoming multiplayer pirate-em-up.

Sea of Thieves is all about becoming a Pirate Legend, upgrading your reputation through various adventures and tasks.

To earn your place as a notorious pirate, you’ll need to build up a reputation with three trading companies. There are outputs across the world with NPCs from different factions. There’s the avarice-filled Gold Hoarders, the trade-heavy Merchants Alliance, and the mystical Order of Souls. Each one offers a number of favored activities you’ll need to purchase and complete to get promoted in their ranks.

The Merchants Alliance will ask you to deliver goods between posts, giving you a time challenge to earn bonuses. You’ll also needed to catch and return various animals to them in what looks like a cute but rather cruel task. Watch out though, as other players might want to relieve you of your goods.

The magical Order of Souls are a combat-focussed group on the hunt for the skulls of former pirates. You’ll be sent after infamous crews protected by skeletons and more as you hunt for skulls. Some are secured within tooled up forts that you’ll need to lay siege to.

You can also earn reputation simply through exploration, with lots of treasures hidden around the world that can boost your rapport with each group.

The game’s quests are called Voyages, and include a physical object that other players will be able to see. They’ll grow larger and more impressive in size as you progress and take on more challenging tasks, letting other players know just how important you are.

When playing with a friend, you’ll all be able to bring your own Voyages to a meeting table, before deciding which one you’d like to embark on with a vote. Rare want this to be a technique to encourage teamwork, as by playing with others you’ll get the chance to take on Voyages you might not have access to yourself.

Rare want to emphasise that working with your friends will be easy, as there’s no level gating or enemy levelling that will act as a barrier, your weapons won’t level up, meaning even a beginning player can join you on a harder quest.

We’re also given a short glimpse of customization options including peg legs, beards, hooks and all the pirate gear you’d expect, along with some emotes shown off throughout the video.

Finally, Rare hint that those who obtain the Pirate Legend status will play an important role in a future “golden age of piracy” event.